Stakes are high for Ukraine and North Macedonia as they battle it out for their Euro 2020 survival at the Arena Națională in Bucharest.

Ukraine’s Euro 2020 group stage campaign started with a whimper rather than a bang as they succumbed to a 3-2 loss to the Netherlands in their Group C opener despite coming back from a two-goal deficit. Seeking redemption for a slow start, the Ukrainians take on a team they have defeated in both of their only previous official H2H meetings by an aggregate score of 3-0. Low scoring has been a common theme across their four historical encounters, as each saw one or both sides fail to get on the scoresheet in matches garnering under 2.5 total goals, friendlies included (W2, D1, L1). Worryingly, though, Andriy Shevchenko’s men have lost six (86%) of their last seven fixtures at the European Championships en route to setting a negative record among the teams to play at least five matches at the final tournament.

On the other hand, North Macedonia’s inaugural match at the European Championships saw them suffer a 3-1 reverse at the hands of Austria on Matchday 1. As a result, North Macedonia could start to pack their bags for a way home if they lose to Ukraine here. Curiously, before that defeat to Austria, the ‘Lynxes’ last succumbed to a multi-goal loss in October 2019 (2-0 to Poland). It has been 16 years since the North Macedonians last lost two consecutive internationals by a margin of 2+ goals, doing so in June and September 2005. Despite their slow start to Euro 2020, Igor Angelovski’s men have been fun to watch lately, with five of their previous six international fixtures featuring over 2.5 goals, including friendlies. 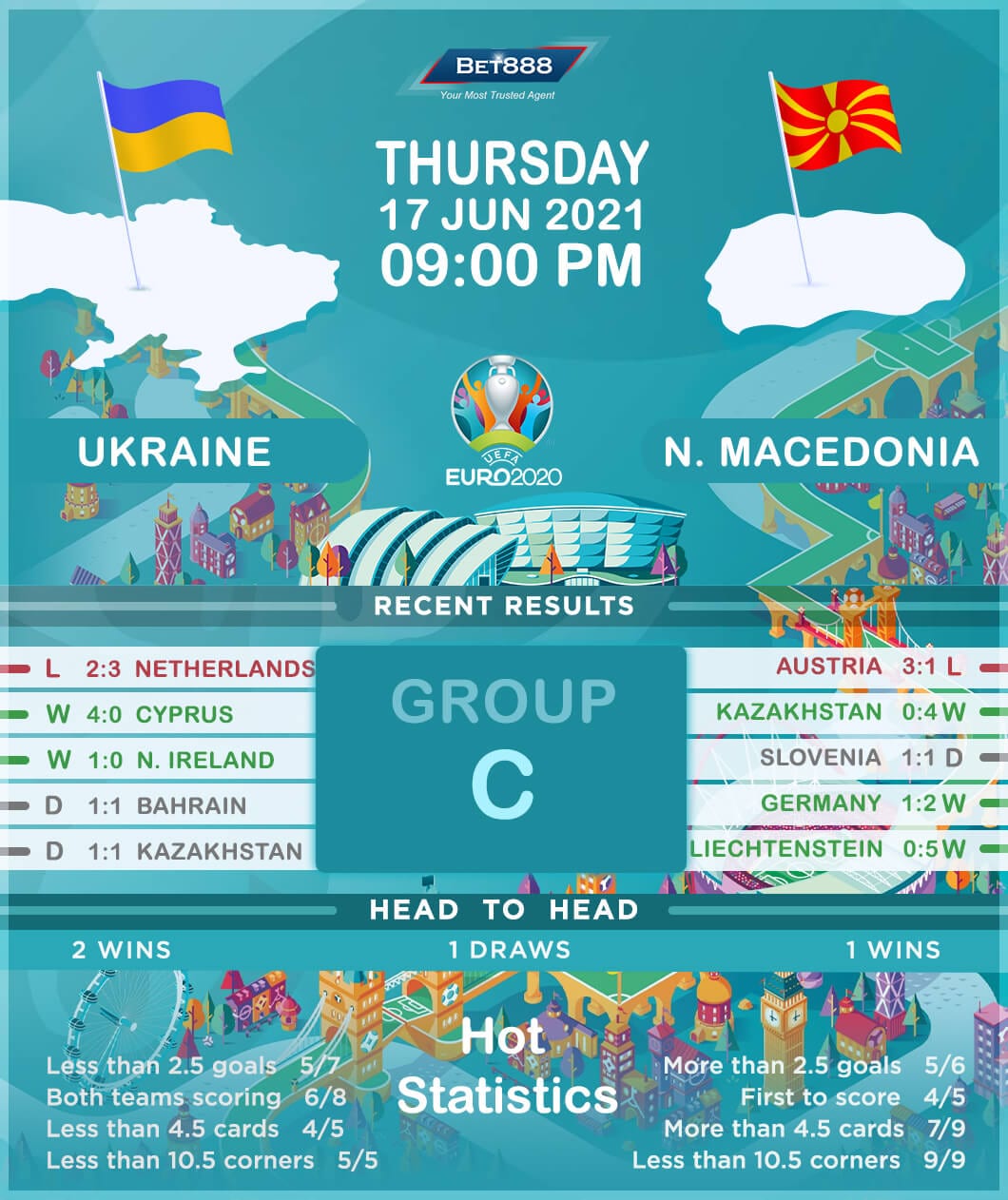