Union Berlin and Bayer Leverkusen are set to face off at the Stadion An der Alten Försterei in only their third Bundesliga meeting.

Union Belin have suffered just two defeats in their opening 15 Bundesliga fixtures this season (W6, D7) and are unbeaten in their last five league games (W3, D2). Stadion An der Alten Försterei has been a venue of entertainment lately, as four of Union’s five previous competitive matches here have featured over 2.5 goals and both sides scoring (W1, D3, L1). Remarkably, ‘Die Eisernen’ have found the net in each of their 16 previous Bundesliga outings, scoring at least twice in the last four! In fact, Union’s tally of 31 league goals scored this season is only bettered by Bayern Munich (42), with 61.29% of them coming on home turf (19). Delivering action from the get-go, Urs Fischer’s men have got on the scoresheet in the opening 15 minutes of play in four of their eight home Bundesliga matches this term.

Meanwhile, Leverkusen have failed to win any of their last three Bundesliga fixtures (D1, L2) despite scoring the opening goal in both defeats, though they did hammer Eintracht Frankfurt 4-1 in the DFB Pokal midweek. Notably, no team has returned more away points in the Bundesliga than ‘Die Werkself’ (17) this term, as they also boast the division’s joint-best win-rate on the road (62.5%). Additionally, Peter Bosz’s men boast a perfect H2H record versus Union Berlin across all competitions (W5), having scored a staggering average of 3.4 goals per game across those five successes. This season in the Bundesliga, Leverkusen have netted a league second-high nine away first-half goals, hitting the net within 15 minutes of play in half (4) of their eight top-flight trips thus far. 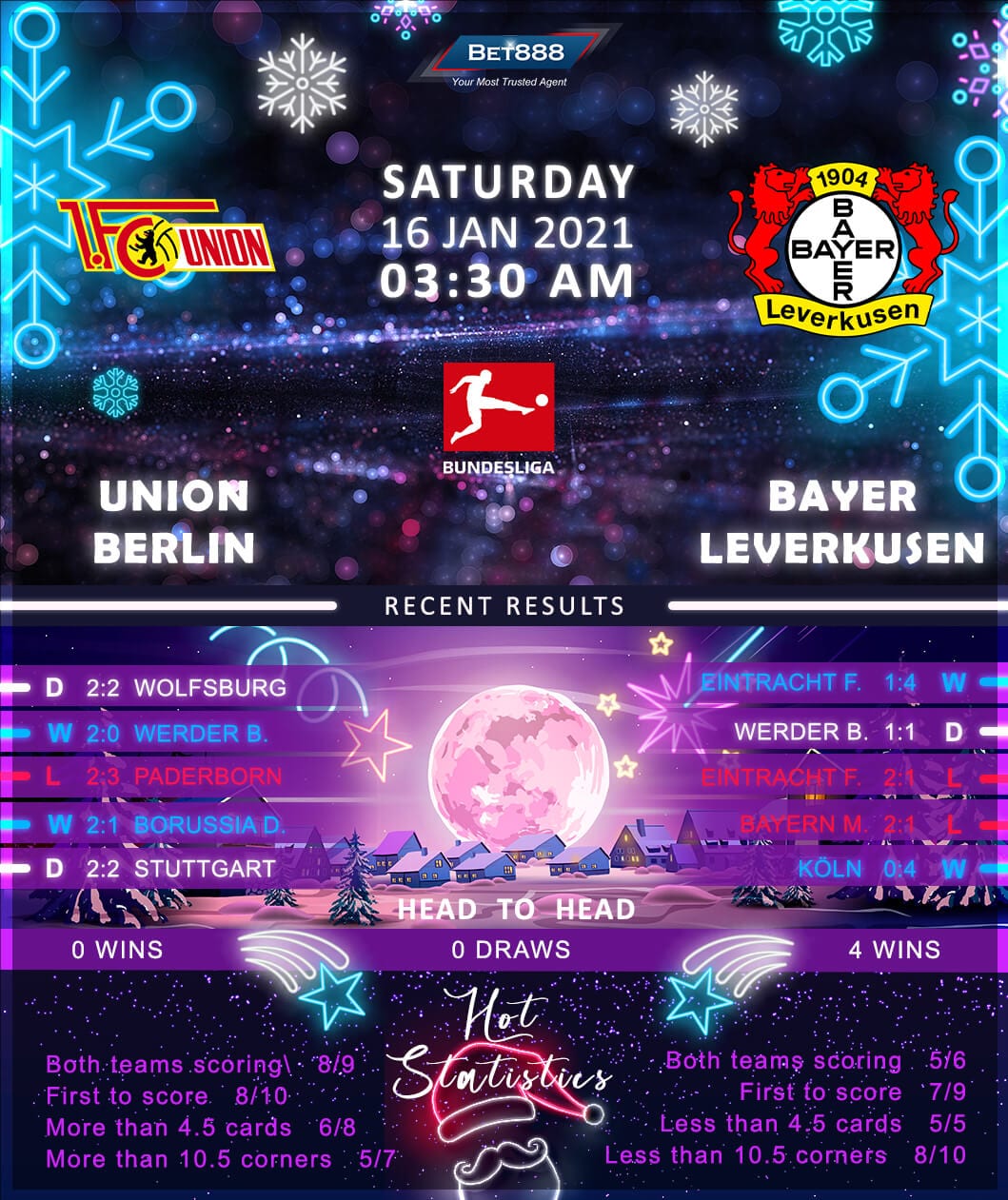