After another successful Champions League midweek (2-0 win over Lokomotiv Moscow), Bayern Munich head to the Stadion An der Alten Försterei to meet Union Berlin in only their third Bundesliga meeting.

Despite scoring the opener, Union Berlin suffered a 3-1 away defeat to Hertha last time out, which has brought their eight-game unbeaten Bundesliga run to a halt (W4, D4). That loss, however, doesn’t change the fact only one side has scored the opening goal on more occasions than Union Berlin (7) so far this season. Stadion An der Alten Försterei has been a venue of entertainment this term, as four of the five league matches held here have produced over 3.5 total goals. Despite scoring just once in their two previous Bundesliga meetings with Bayern (L2), ‘Die Eisernen’ must be confident of finding the net here after netting over 2.5 goals in three of their last four home league outings.

Meanwhile, the ‘Bavarians’ have racked up a four-game winning away Bundesliga streak since losing 4-1 to TSG Hoffenheim in their first top-flight trip of the season. Interestingly, though, the visitors have failed to keep a clean sheet in each of those four triumphs, conceding the opening goal in the last two. At the other end of the pitch, however, Hansi Flick’s men have shown no mercy, firing in more away goals (13) than any other side in the Bundesliga. Quick out of the blocks, the reigning title-holders have registered a league-high nine first-half goals, getting on the scoresheet at least once between 35′-45′ minute in each of their five Bundesliga trips so far. High scoring has been a theme for Bayern on the road this term, as each of their five away league matches has seen over 2.5 goals and both teams score, with three featuring precisely five total goals. 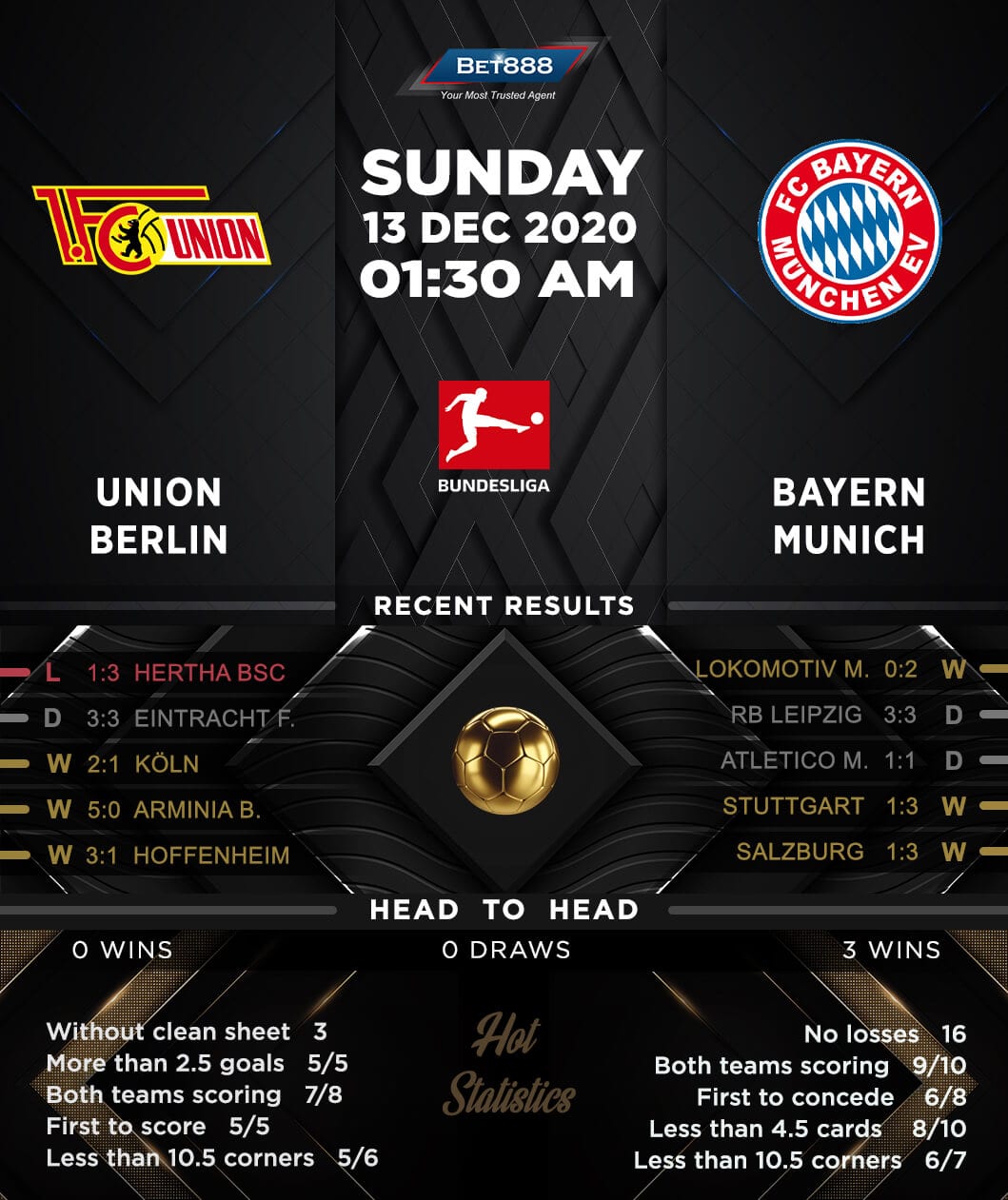