Union Berlin and Borussia Dortmund go head-to-head at the Stadion An der Alten Försterei for a potentially high-scoring Bundesliga affair. Indeed, both of their last season’s top-flight H2Hs produced over 3.5 total goals.

Union Berlin have stumbled out of the blocks lately, going from three Bundesliga victories in a row to four consecutive league matches without a win (D3, L1). Nonetheless, high scoring was a theme for Union across that seven-game sequence, as six of those matches featured over 2.5 total goals, with five seeing at least four goals. At home, ‘Die Eisernen’ have gone unbeaten in five Bundesliga fixtures (W2, D3) since losing 3-1 to Augsburg on Matchday 1. Remarkably, only two teams have scored more home league goals than Union Berlin (15) so far, with Urs Fischer’s men racking up a league second-high eight first-half goals at home. Additionally, they have broken the deadlock in four of their last five home Bundesliga outings.

As for the visitors, they clinched a 2-1 away win over Werder Bremen after sacking Lucien Favre to bring a three-game winless Bundesliga streak to a halt (D1, L2). ‘Die Borussen’ are unbeaten in five away league matches (W4, D1) since succumbing to a 2-0 loss to Augsburg in their first road trip of the season. But, it’s worth noting that they have managed just a single first-half goal away from home this season, registering 90.91% (10) of their total 11 Bundesliga goals scored on the road in the second half of play. Indeed, having established themselves as ‘late specialists,’ Dortmund have found the net beyond the 75th minute in seven of their 12 league fixtures this season. 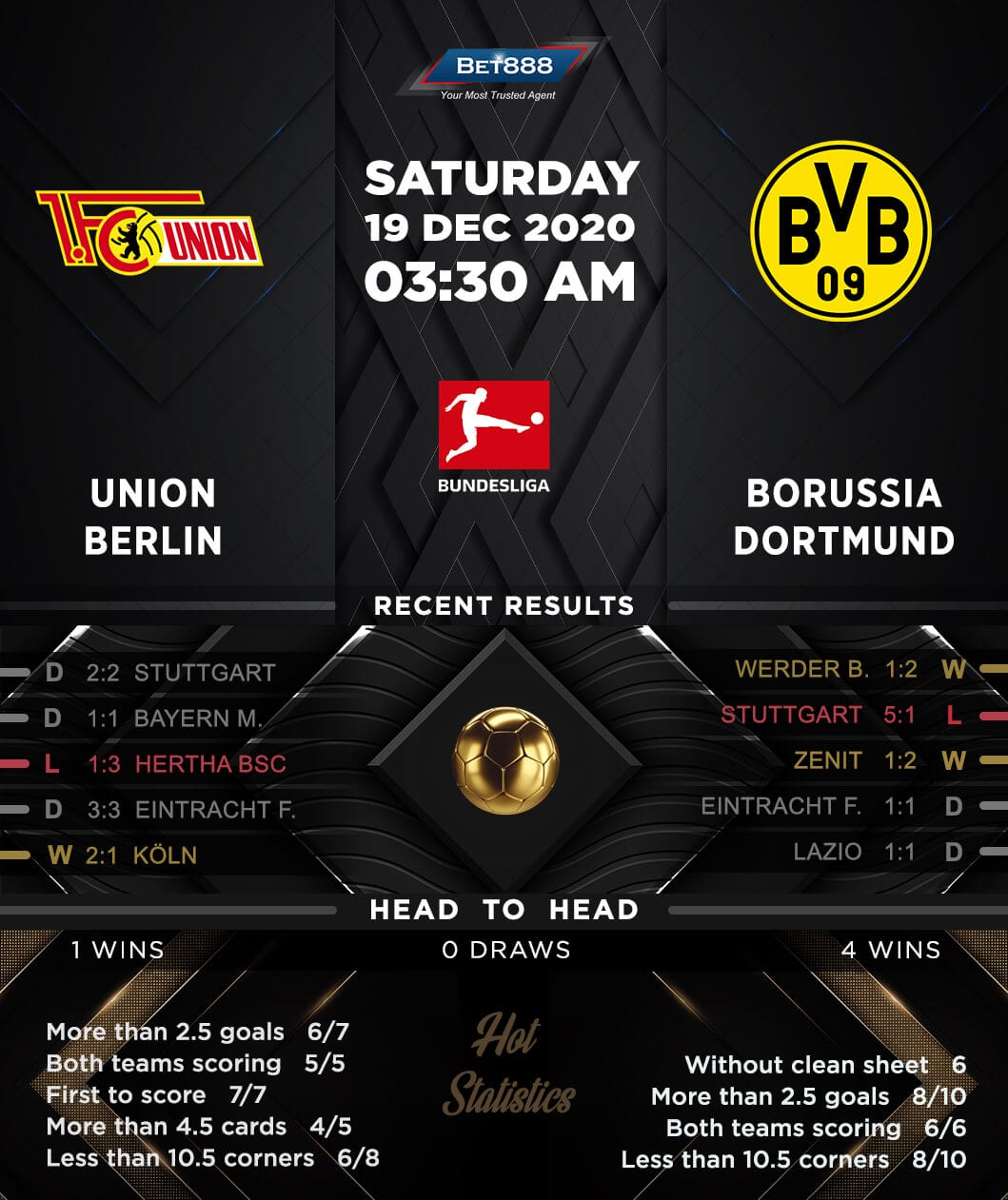