A 3-1 home defeat to Augsburg on Matchday 1 has been Union Berlin’s lone Bundesliga failure this season (W4, D3), as the host enter this clash in the midst of a purple patch. Indeed, a notable upturn in form has witnessed ‘Die Eisernen’ go from back-to-back league draws to three consecutive victories, all of which saw them score over 1.5 goals per game. Also, Stadion An der Alten Försterei has been a venue of entertainment this season, as three of Union’s four Bundesliga matches held here featured over 3.5 total goals. It may come as some surprise, but just two teams have scored more first-half home goals than Union Berlin (5) so far. It’s, however, worth noting that they’ve lost each of their last three competitive H2Hs as hosts, conceding precisely four goals per match on two of those occasions.

As for the visitors, they take the field after failing to land the three points in each of their last five Bundesliga outings (D3, L2), failing to keep a clean sheet on each occasion. Despite picking up just one win in their four league trips this season (D2, L1), ‘Die Adler’ have been a fun team to watch on the road, as three of those matches have produced over 3.5 total goals. Far more vulnerable away from home, Adi Hutter’s men have recorded a clear majority (69.23%) of their total Bundesliga goals conceded on the road (9/13). Also, Frankfurt often tend to start slow when they play away from home, as evidenced by the fact they have failed to score inside the first 15 minutes in each of their four league trips so far. 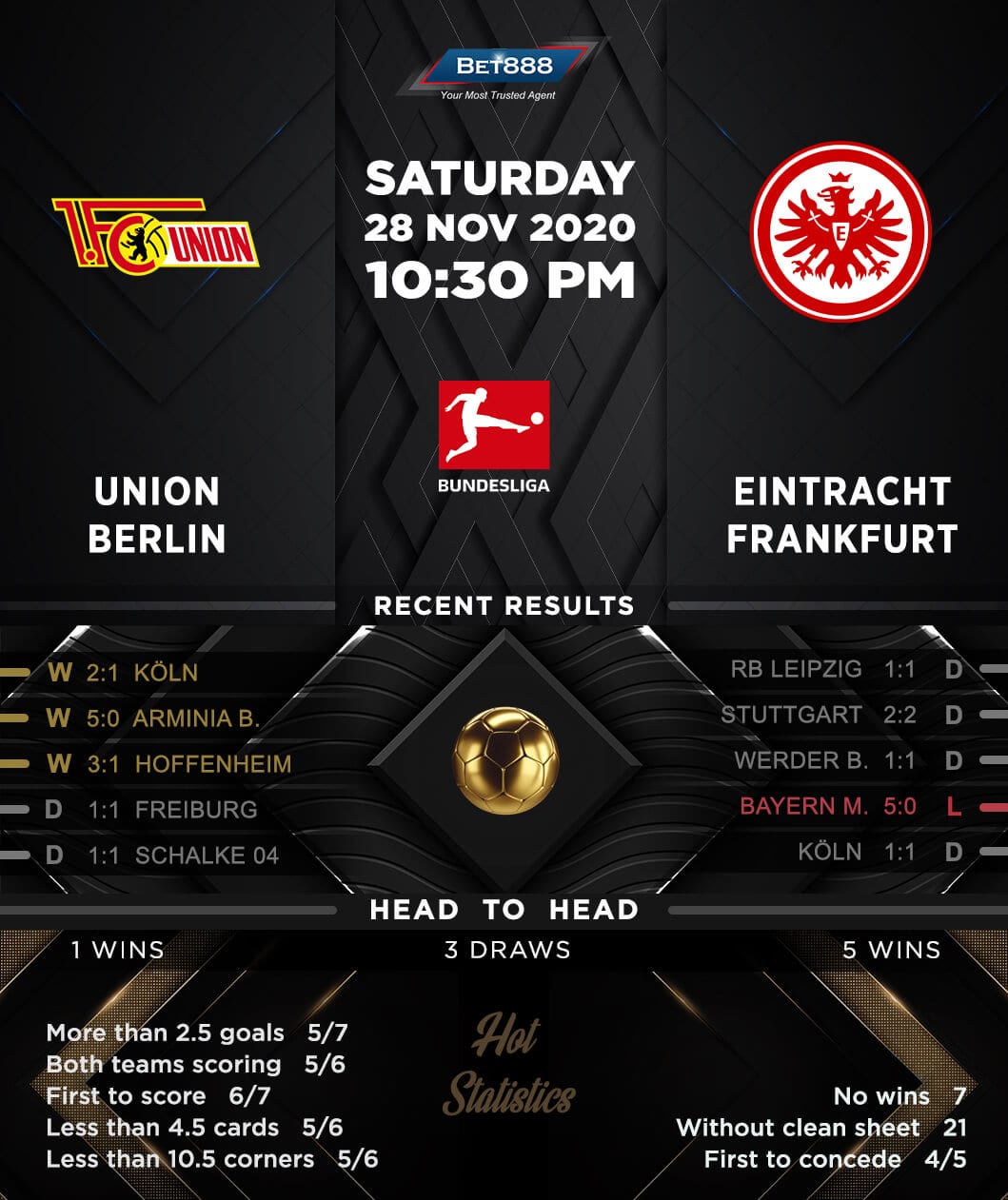