Union Berlin (7th) and Stuttgart (9th) will trade tackles at the Stadion An der Alten Försterei in an upper-half-of-the-table Bundesliga clash, with just one point separating the sides ahead of the kick-off.

Although they avoided defeat at Bayern Munich last weekend (1-1), Union Berlin take the field after picking up just a single victory across their previous six Bundesliga outings (D4, L1). ‘Die Eisernen’ have established themselves as ‘stalemate specialists’ this season, drawing more Bundesliga fixtures (13) than any other side so far. Topically, each of their three top-flight meetings with Stuttgart has ended level, with two of those ties yielding the identical 2-2 scoreline, including the reverse fixture in December. Notably, though, Urs Fischer’s men have racked up an impressive 13-game unbeaten home Bundesliga run (W5, D8) since succumbing to a 3-1 defeat to Augsburg on Matchday 1, setting a club record in the top-flight. Additionally, the hosts have opened the scoring in a league joint-highest 64% of their home league games this term (9/14), avoiding defeat in each such contest (W4, D5).

In the meantime, Stuttgart suffered a 3-2 home loss to Borussia Dortmund last time out despite leading at half-time, meaning they have alternated victory (2) and defeat (2) across their previous four Bundesliga outings. However, Pellegrino Matarazzo’s men have failed to impress on the road of late, claiming just one win in their last six Bundesliga trips (D1, L4). During that five-game sequence, ‘Die Schwaben’ conceded 15 goals, six more than they had in their first nine away league matches this season. Yet, the visitors boast a unique ability to finish off their league matches on a strong none, having netted joint-high nine goals inside the final five minutes this Bundesliga campaign! Topically, 57.14% of Stuttgart’s league games this season have featured a goal beyond the 75-minute mark. 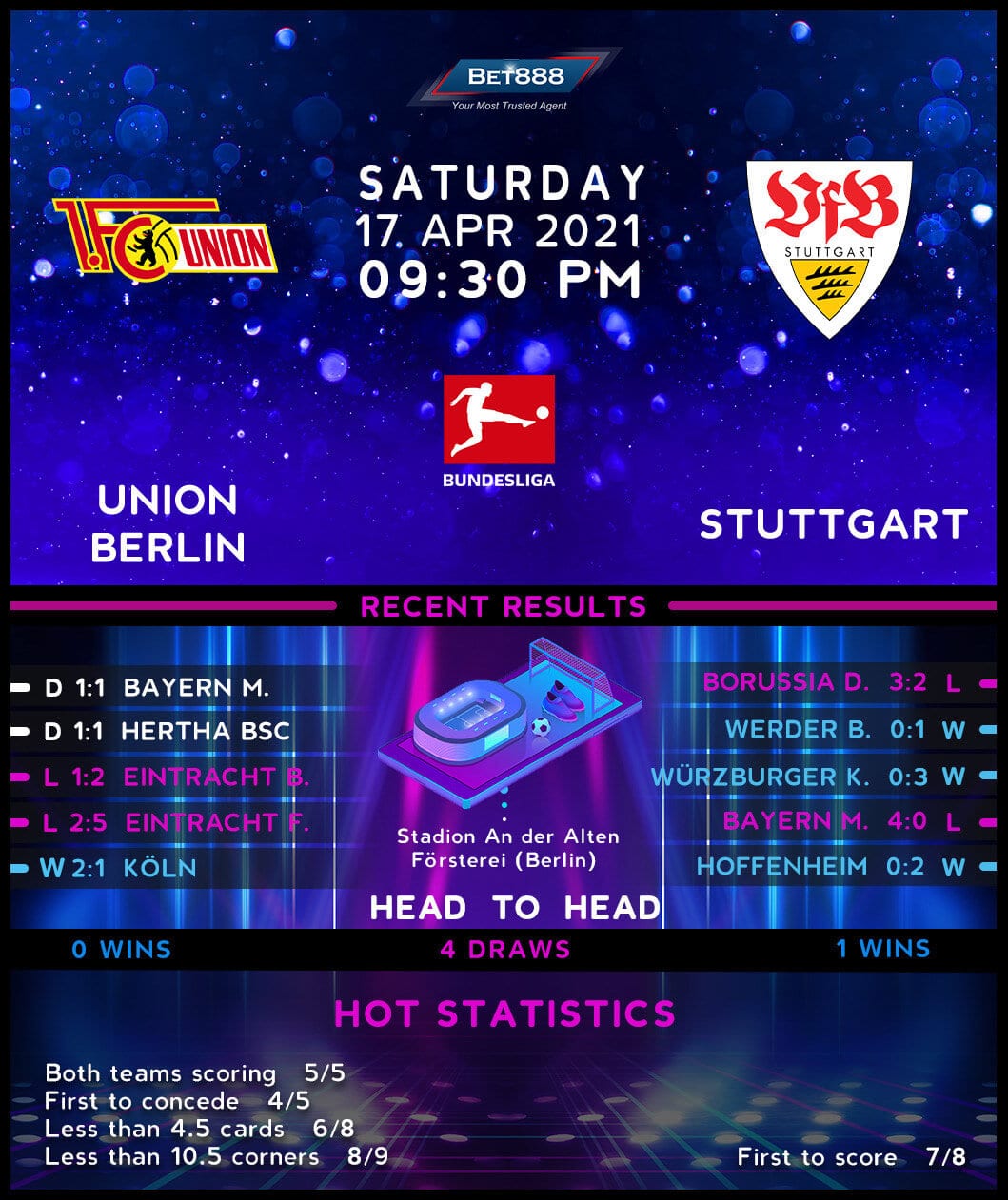