Stadion An der Alten Försterei is the venue as Union Berlin and TSG Hoffenheim face-off in only their fourth Bundesliga meeting.

Union Berlin ran out 1-0 victors at Freiburg last time out, putting an end to a frustrating five-matches winless streak in the Bundesliga (D2, L3). A genuine lack of firepower in the attacking third continues to trouble the hosts, as they’ve now netted under 1.5 goals in seven consecutive league fixtures, mustering a total of four. Despite recent struggles in front of goal, Union Berlin are one of only five sides to hit double digits in terms of the goals scored in both halves at home this term. Additionally, since succumbing to a 3-1 defeat to Augsburg in their first home league matches of the season, ‘Die Eisernen’ have racked up a ten-game unbeaten Bundesliga run at the Stadion An der Alten Försterei (D4, L6).

Meanwhile, Hoffenheim head into this encounter on the back of a 2-0 home defeat to Molde that saw them bow out of the UEFA Europa League. In the Bundesliga, however, the visitors have gone from back-to-back losses to two consecutive matches without reverse (W1, D1), with each of those four fixtures producing over 3.5 FT goals. Away from home, Sebastian Hoeneß’s men have only picked up one win in their last four Bundesliga games (D1, L2), conceding 2+ goals in each draw/loss in that sequence. Slow-starting ‘Die Kraichgauer’ have conceded the opening goal in a league joint-high 72.73% of their Bundesliga trips this season (8/11), going on to lose only 50% of such contests (W1, D3, L4). Curiously, each of Hoffenheim’s three top-flight meetings with Union Berlin has yielded a winning/losing margin of at least two goals (W2, L1). 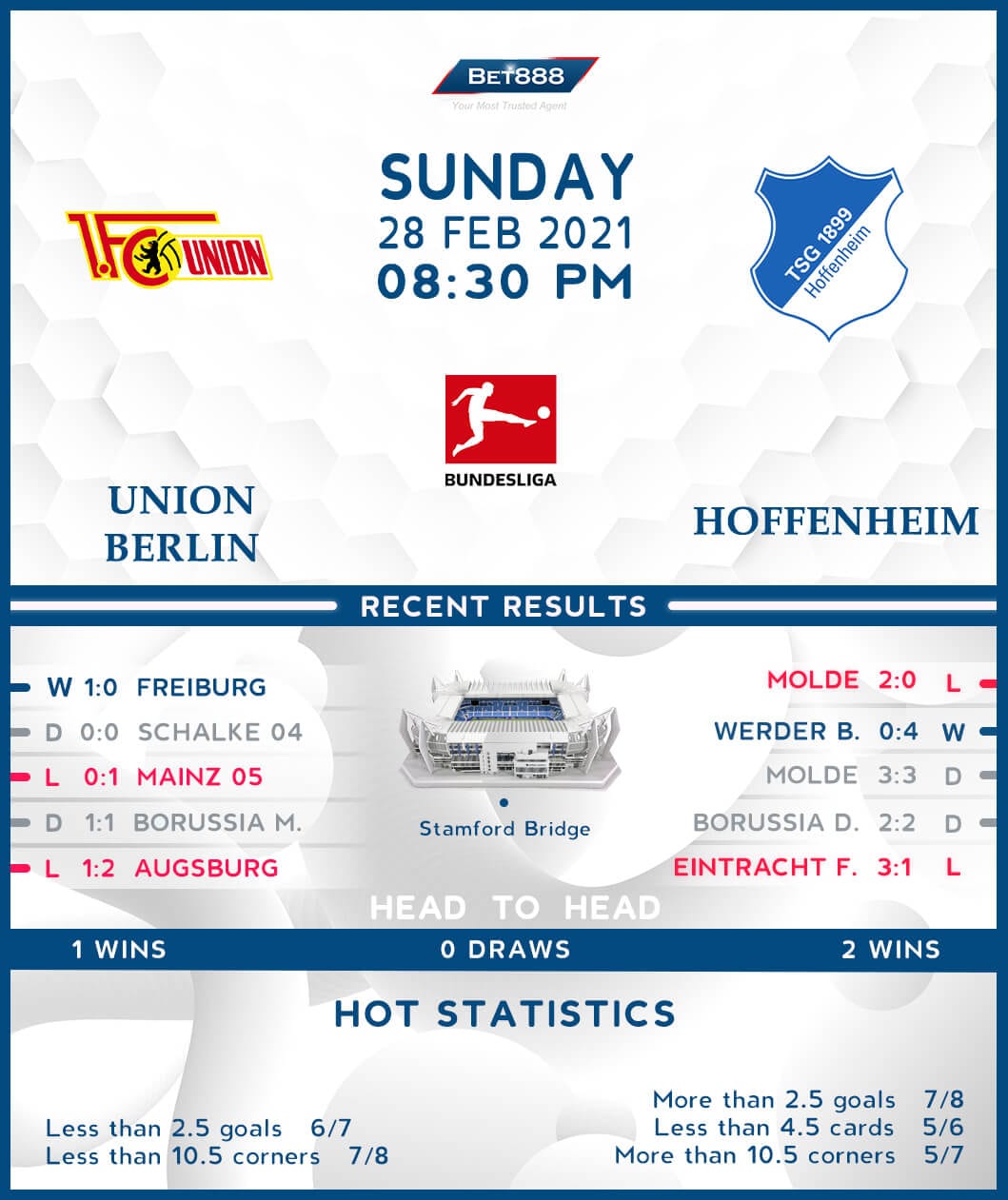