United City and Beijing Guoan will lock horns at the Milliy Stadium in their AFC Champions League Group I curtain-raiser.

United City won the Philippines Football League last season and will make their AFC Champions League debut after three failed qualifiers. The hosts have not played a single match in 2021, losing their most recent outing 2-1 to local rivals Kaya in the domestic championship back in November 2020. Before that defeat, United City had been on a five-game winning streak, returning a resounding +27 goal difference from that set of fixtures (GF:28, GA:1). City’s recent home matches have seen plenty of excitement, with 15 of their last 16 contests on home turf producing over 2.5 goals. Notably, the aforementioned reverse against Kaya marked United City’s first home defeat since May 2019, an unbeaten sequence that included 19 wins and four draws.

On the other hand, the visitors have experienced a notable upturn in form ahead of this trip, going from three consecutive defeats to back-to-back victories. While each of the abovementioned losses saw Beijing concede 2+ goals, both wins yielded the identical 2-0 scoreline. Away from home, none of Guoan’s last eight away matches have ended level (W4, L40), with five of them seeing over 2.5 goals and both teams on the scoresheet. Netting first will be of the utmost importance here, considering each of Beijing’s last 17 away games won/lost have seen the victor open the scoring. Early action is well on the cards, with both of their previous road trips witnessing the opener scored within five minutes of play. 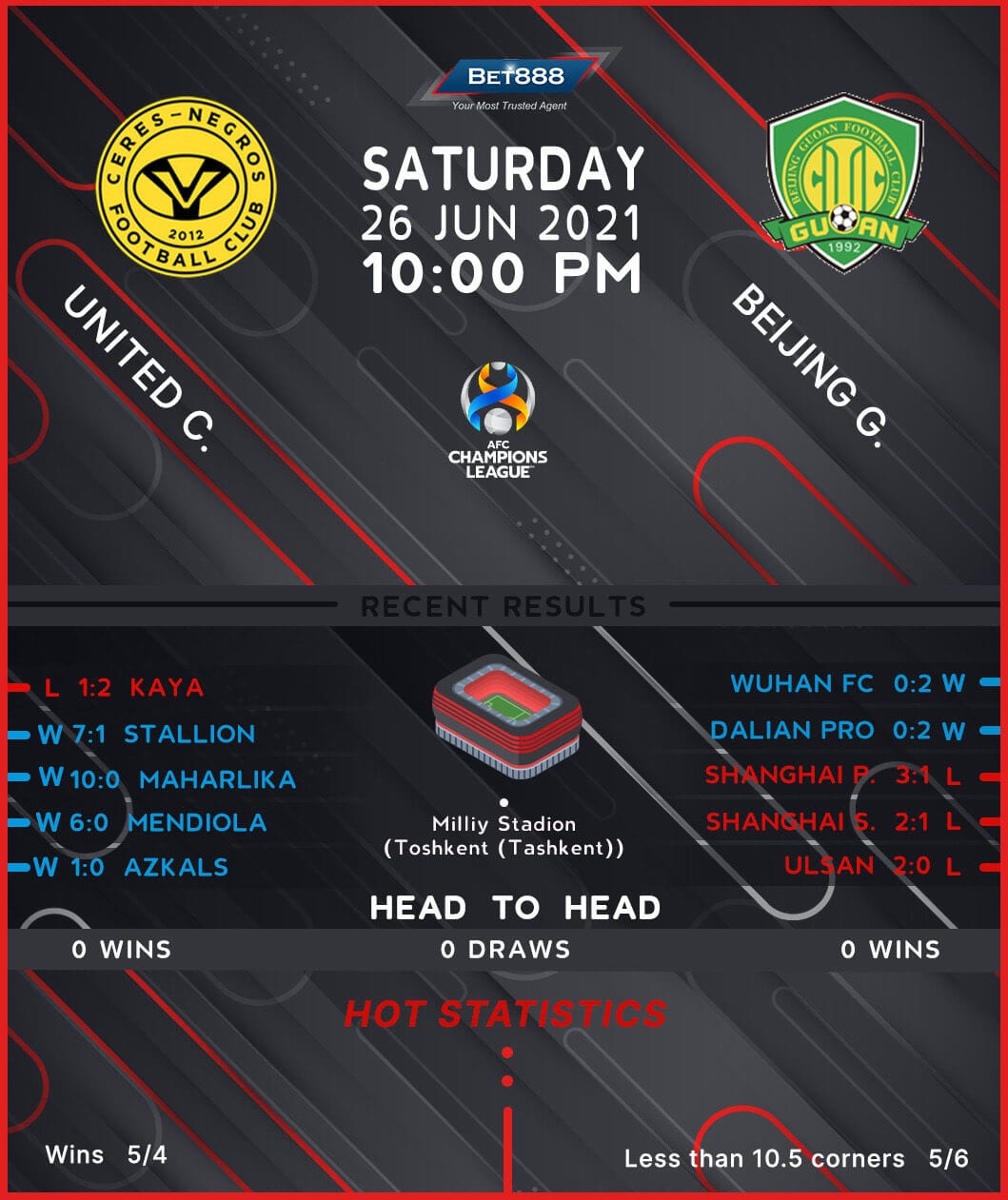