Uruguay’s dull 1-0 defeat to Argentina in their opening Copa America 2021 fixture extended their winless streak to four (D2, L2), simultaneously marking a fourth consecutive game without scoring. If that’s not enough reason for concern, Oscar Tabarez’s players failed to attempt a single shot on target against Argentina. However, ‘La Celeste’ will find some comfort in winning three of their last four H2Hs (L1), including a group stage triumph at the Copa America 2019. Bringing that victory into the equation, the Uruguayans have outscored Chile by a single-goal margin in their last two meetings, scoring the decisive goal beyond the 75th minute on each occasion. Action-packed football is well on the cards, considering three of the previous four encounters between these nations have featured over 2.5 total goals.

Meanwhile, Ben Brereton’s 10th-minute strike against Bolivia fired Chile to an all-important 1-0 win on Matchday 2 following a 1-1 stalemate with Argentina in their tournament curtain-raiser. The Chileans are unbeaten in five internationals (W2, D3) despite failing to keep a clean sheet on four occasions in that sequence. Indeed, the abovementioned triumph against Bolivia marked Chile’s first first-half blank sheet on foreign soil in six fixtures (HT: W1, D2, L3). Worryingly, though, ‘La Roja’ have conceded the opening goal within the first 40 minutes of play in each of their last four matches against as per-game underdogs. Martin Lasarte’s men have failed to get on the scoresheet beyond the 75th minute in 18 consecutive internationals since doing so against Japan in September 2019. 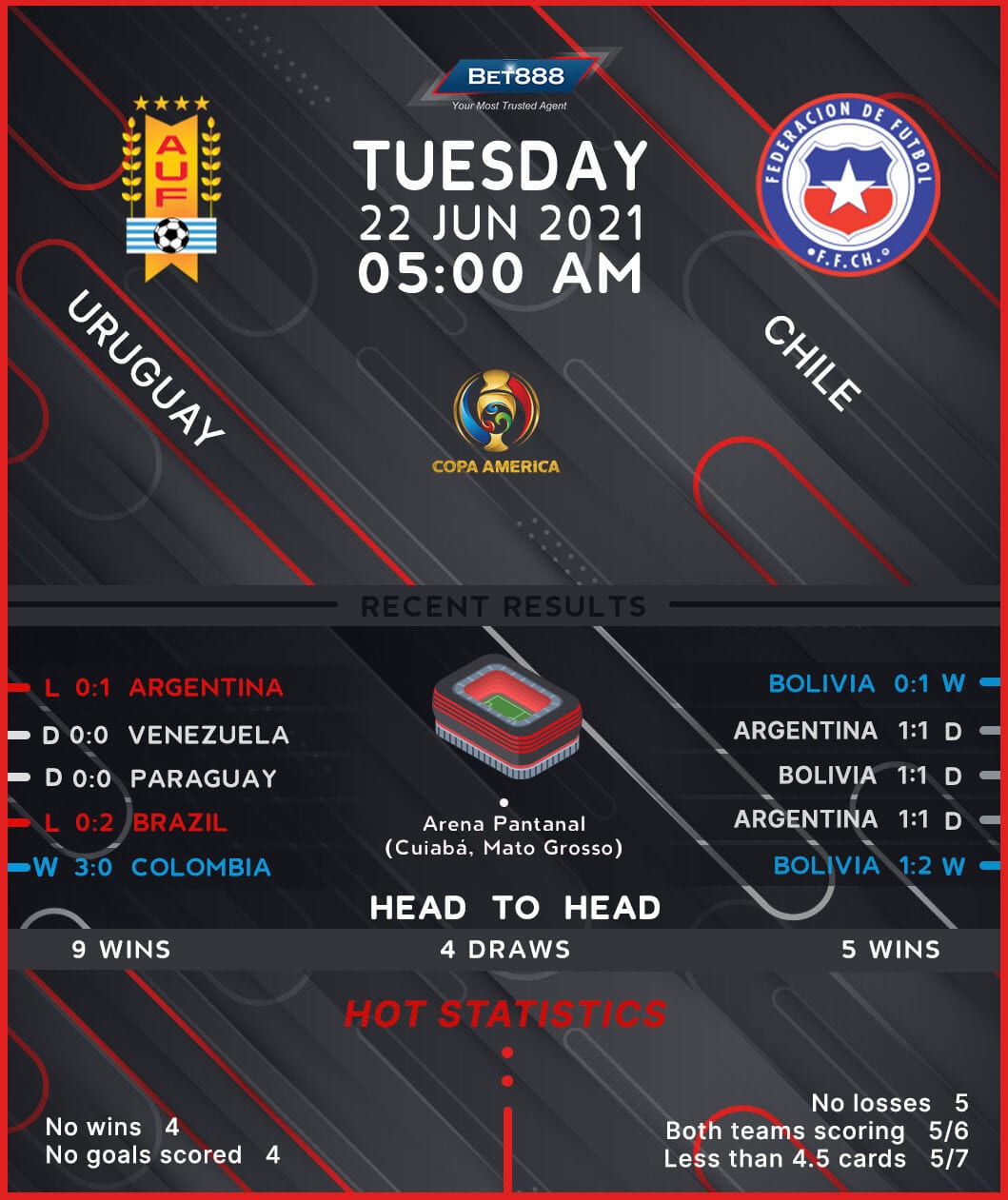