Uruguay and Paraguay go head-to-head at the Estadio Centenario in the World Cup Qualifying match that could prove vital to the home nation’s hopes of securing their fourth consecutive finals.

Uruguay’s patchy form at the beginning of their World Cup Qualifying campaign has seen them alternate between winning (2) and losing (2) across their opening four fixtures. Since a 2-1 home win over Chile in their South America qualifying series curtain-raiser, each of Uruguay’s remaining three qualifiers has yielded a full-time winning/losing margin of 2+ goals. Ahead of the kick-off, only Brazil and Ecuador have scored more qualifying goals than ‘La Celeste’ (7), with four of those strikes coming beyond the 70-minute mark. Having that said, Oscar Tabarez’s men have opened the scoring before half-time in two of their last three home matches, going on to win both applicable fixtures. Notably, Uruguay haven’t lost any of their previous five World Cup Qualifying meetings with Paraguay (W3, D2), winning the last two by an aggregate score of 6-1.

Meanwhile, seeking their first World Cup qualification since 2010, the visitors have yet to lose a match in the ongoing qualifying series, albeit they’ve drawn three of their opening four games (W1). ‘La Albirroja’ scored the opening goal in each of the last three fixtures in that period, twice doing so in the first half, but failed to hold onto the lead before the HT whistle on each occasion (HT: D1, L1). Although they head into proceedings unbeaten in seven games on the trot (W2, D5), Eduardo Berizzo’s men take on a side they haven’t defeated in any of their last seven meetings (D3, L4), netting under 1.5 goals on each occasion. Before being held to a 1-1 away draw to Argentina in their most recent road trip, Paraguay had kept three consecutive clean sheets away from home (W2, D1). 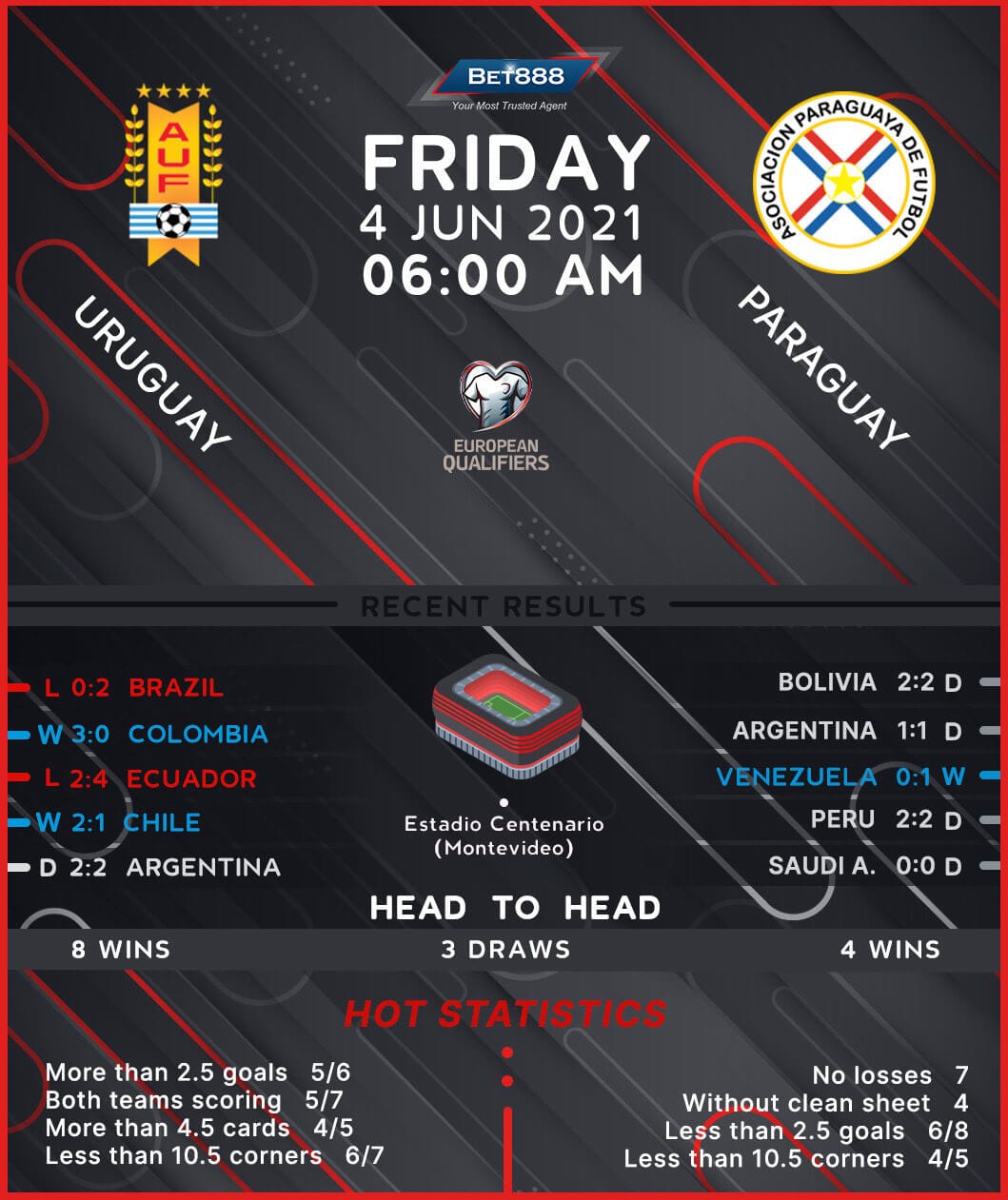