Estadio de Mestalla is the venue as Valencia and Atletico Madrid go head-to-head in an exciting La Liga contest.

The hosts have overseen a slight upturn in form recently, going from three La Liga defeats in a row to three consecutive games without a loss (W1, D2). High-scoring has been a theme for Valencia of late, as each of their last five league matches has seen over 2.5 goals and both teams on the scoresheet. But, ‘Los Murciélagos’ have been hard to beat at home this season, suffering just one defeat in their opening five La Liga games at the Estadio de Mestalla (W2, D2). Far more comfortable at home, Javi Garcia’s men have registered a clear majority (64.71%) of their total league goals scored on the home ground. Valencia have, however, failed to beat Atletico Madrid in any of their five previous top-flight H2Hs held at this venue, drawing the last three (L2).

On the other hand, the visitors have established themselves as a force to be reckoned with this season, as they enter this encounter looking to maintain an unbeaten league start (W6, D2). Notably, ‘Los Colchoneros’ have won each of their last five La Liga matches, four via at least a two-goal margin. Although Diego Simeone’s men have scored a league second-high 18 goals, only 27.78% (5) of them came away from home. At the other end of the pitch, they have shipped a league-low two goals, one of which arrived on the road. Having that said, it’s not strange that Atletico Madrid remain the only team yet to concede the opening goal this season. Such a trend may continue here, considering they have avoided conceding first in each of their last five La Liga trips to Valencia. 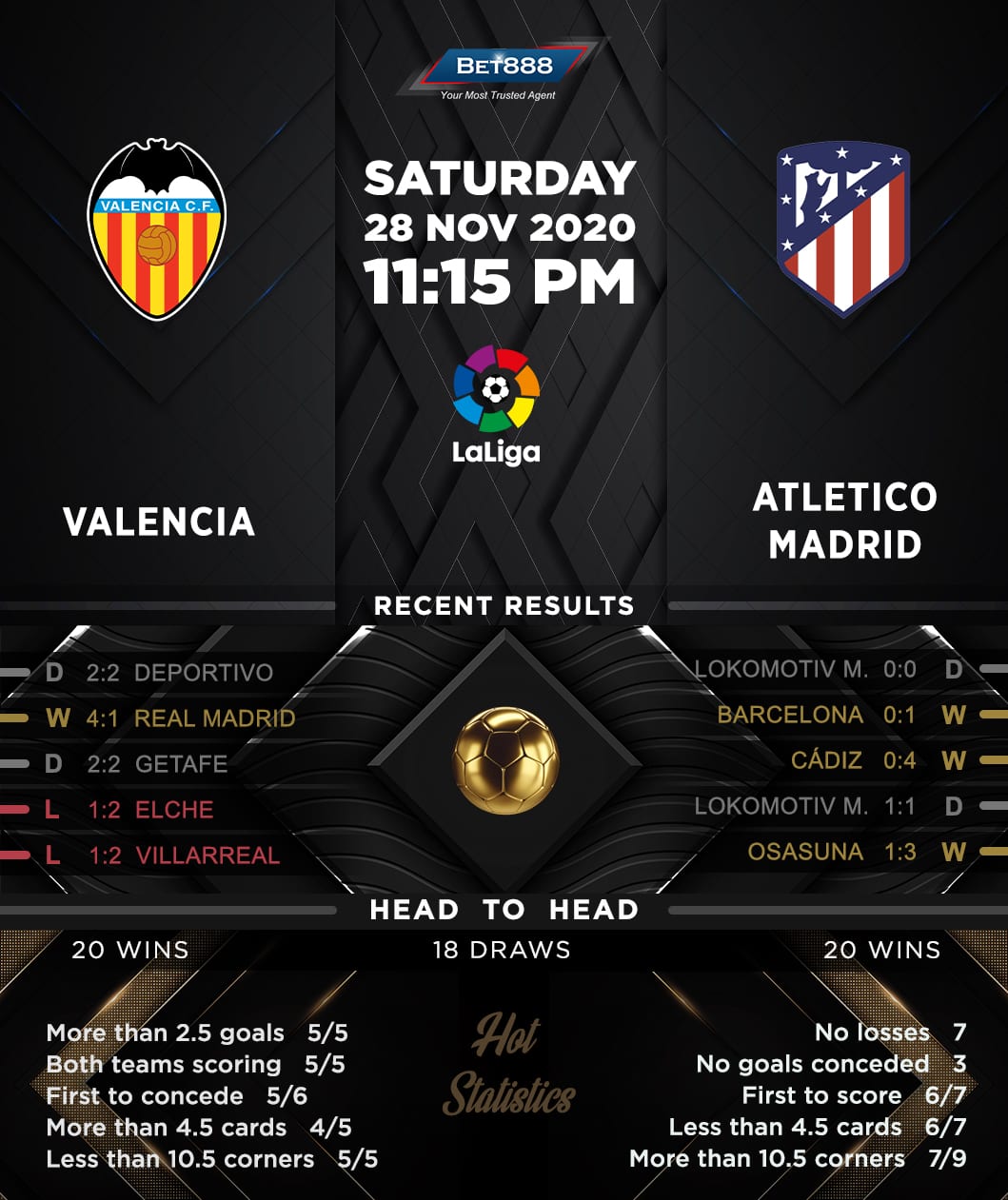