The La Liga title is at stake as Barcelona head to the Estadio de Mestalla to meet a Valencia side they drew 2-2 against in the reverse fixture earlier in the season.

Valencia have gone winless in five consecutive La Liga matches (D3, L2) since beating Granada 2-1 at this venue on Matchday 28 as they currently sit only six points clear of the drop zone. Despite their La Liga wobble, ‘Los Murciélagos’ have reeled off a series of high-scoring contests of late, with five of their last six league games seeing over 2.5 goals and both teams scoring. Notably, though, Javi Garcia’s men have yet to lose a home La Liga fixture since the calendar flipped to 2021 (W4, D4) despite conceding the opening goal in 62.5% of those matches. The hosts can also draw confidence from a two-game unbeaten run against Barcelona in La Liga (W1, D1). Having that said, Valencia have defeated Barca just once in their last nine encounters in La Liga (D4, L4).

On the other hand, a shocking 2-1 home defeat to Granada in midweek knocked Barcelona down from a two-game winning run in La Liga, leaving them two points adrift of league leaders Atletico Madrid. It was also the first time this season that they had lost a league game in which they were in front at half-time (W17, D1, L1). However, the visitors have won all but one of their ten top-flight trips since the turn of the year, barring a 2-1 loss to arch-rivals Real Madrid in early April. Industrious as ever, Ronald Koeman’s men have found the net in 25 La Liga fixtures on the bounce, netting an average of 2.48 goals in the process. In fact, the Catalan juggernauts have netted a league-high 77 goals this season, at least 17 more than any other side in the division. 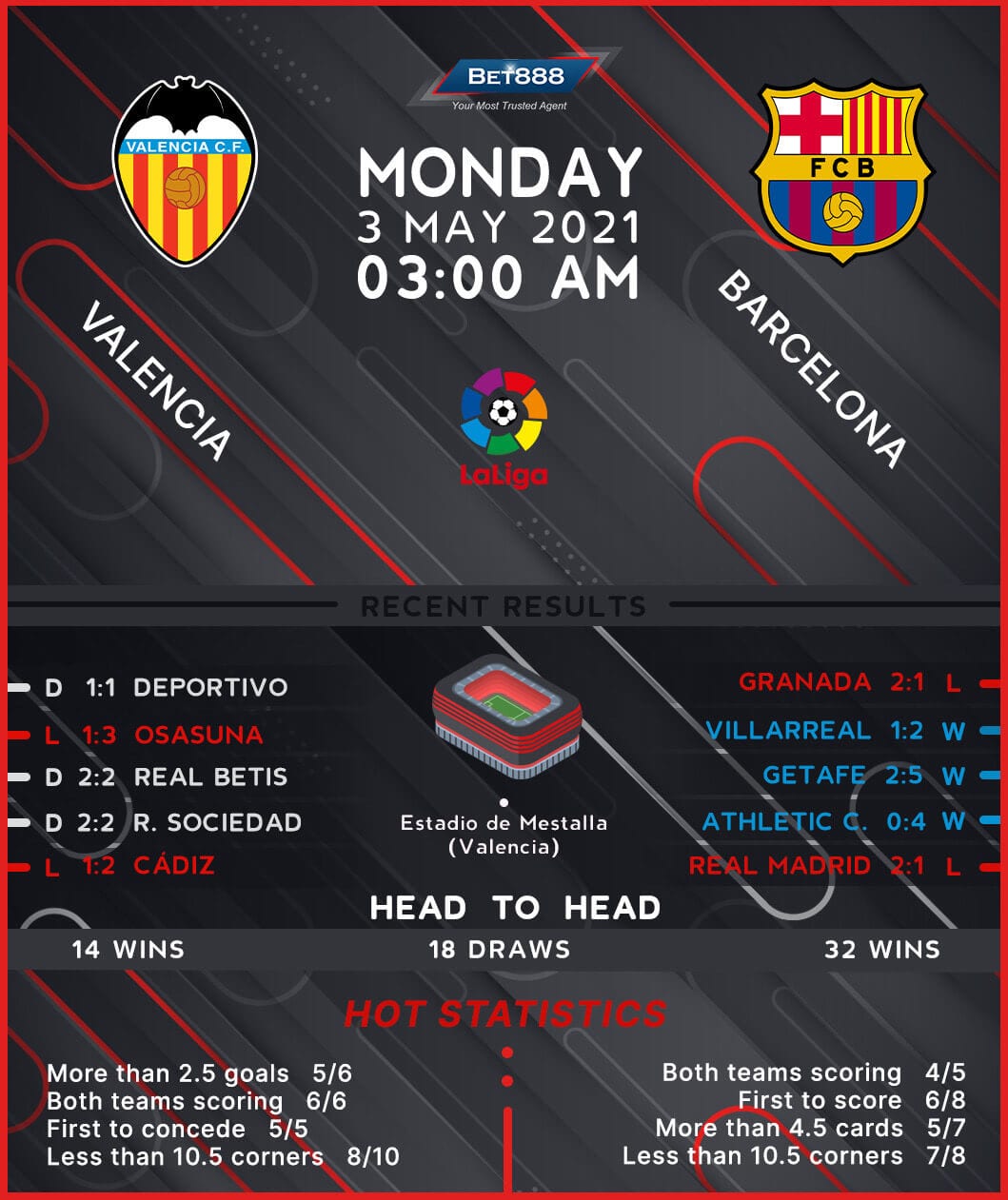