In-form Valencia entertain relegation-threatened Osasuna at the Estadio de Mestalla in a potentially high-scoring La Liga contest. Three of their last four top-flight fixtures have seen over 3.5 goals and both teams scoring.

Valencia head into this encounter full of confidence after going from nine competitive matches without a win (D6, L3) to three victories on the bounce (90 minutes only). The hosts eye up another success as they take on a side they’ve lost to in just one of their last ten top-flight meetings (W6, D3). Furthermore, only two of the 37 La Liga matches between these two teams at Mestalla have resulted in Valencia’s defeat (W27, D8), but none of the last 12 (W11, D1). Remarkably, ten of Valencia’s 11 triumphs during that 12-game sequence were ‘to nil’! However, ‘Los Murciélagos’ have failed to keep a clean sheet in any of their eight home La Liga fixtures this season, conceding an average of 1.44 goals per game on average.

Meanwhile, none of Osasuna’s last four competitive games have seen both teams score (W1, D1, L2), with each match won/lost in this period yielding at least a two-goal margin. In La Liga alone, the visitors have not won any of their 12 previous fixtures (D5, L7), scoring under 1.5 goals on ten of those occasions! What’s more, ‘Los Rojillos’ have failed to land all three points in eight consecutive league trips (D3, L5) since beating newly-promoted Cadiz 2-0 on Matchday 1, drawing a blank five times in the process. Yet, if they manage to get on the scoresheet here, Jagoba Arrasate’s men could acc 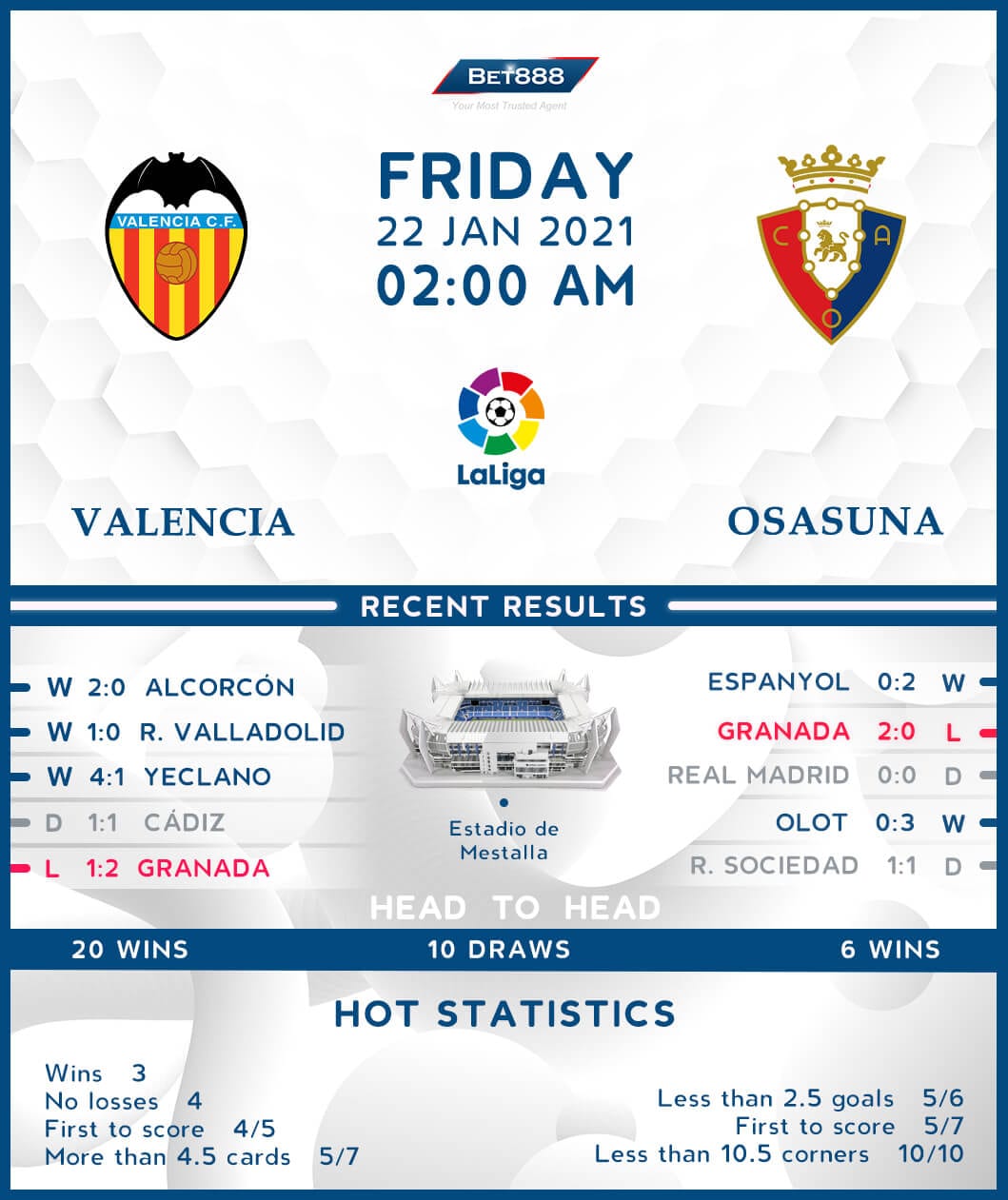 omplish that in the first half already, considering that five of their seven away La Liga goals scored this season have come before half-time.