Estadio de Mestalla is the venue, as Valencia and Real Sociedad meet in an exciting La Liga showdown.

Valencia’s disappointing 2-1 away defeat to Cadiz last time out means they have alternated between victory (3) and defeat (3) in their last six La Liga fixtures since being held to a 1-1 away draw to Athletic Club on Matchday 22. Valencia’s recent league matches have been keenly contested, as each of the last four has yielded a winning/losing margin of a single goal, three of which featured the identical 2-1 scoreline. However, ‘Los Murciélagos’ have been a force to be reckoned with at home in the recent period, notably winning their last four La Liga matches at Mestalla by an aggregate score of 7-2. In fact, Javi Garcia’s men have yet to taste league defeat at home tuft this calendar year (W4, D2), restricting their opposition to a maximum of one goal per game in all six such affairs.

In the meantime, the visitors have won just one of their last five La Liga fixtures (D2, L2), courtesy of a 1-0 home success against Levante on Matchday 26. Additionally, Sociedad’s league wobble has seen them pick up one victory in five La Liga trips heading into this encounter (D2, L2), netting under 1.5 goals in each of the last four. Encouragingly, though, Imanol Alguacil’s men have suffered only two defeats in their previous nine top-flight away meetings with Valencia (W5, D2), albeit none of the last three (D2, L1). Quick-start ‘La Real’ have opened the scoring in a league third-highest 64.29% of their La Liga trips this season (9/14), notably boasting a 100% win-ratio across the away league games in which they were ahead at half-time so far (W4). 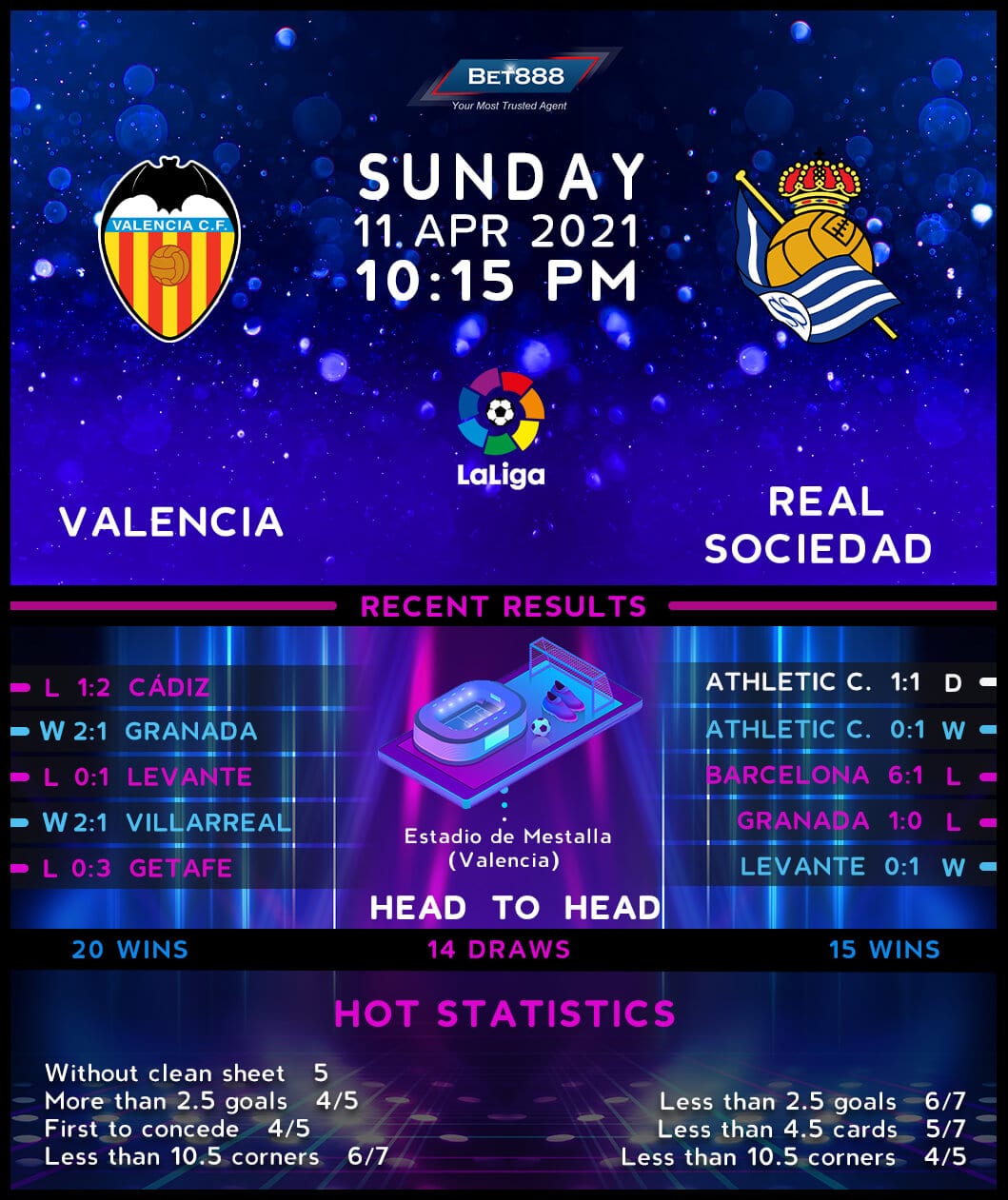