Valencia’s 3-2 home defeat to Barcelona last time out extended their winless run in La Liga to six consecutive matches (D3, L3), as they take the field holding a six-point lead on 18th-placed Huesca. Both of Valencia’s previous league games have seen at least one goal scored beyond the 80th minute, highlighting the potential for plenty of late action. Despite their recent La Liga wobble, Voro’s men have been fun to watch of late, with six of their last seven league fixtures seeing over 2.5 goals and both teams scoring. However, their defensive frailties have seen ‘Los Murciélagos’ concede 2+ goals in five of their last six La Liga outings. If they find the net here, it is likely to happen in the second half, considering ten of their last 11 La Liga goals scored at Mestalla have come after half-time.

On the other hand, the visitors have gone from back-to-back La Liga defeats to four consecutive stalemates, three of which yielded the identical 1-1 scoreline. In fact, no team has been held to more draws in La Liga than Valladolid (16) this season, which accounts for 47.06% of their total league games played so far. Since beating Getafe 1-0 in their first La Liga trip of 2021, ‘Los Pucelanos’ have gone winless in their subsequent eight away league games (D6, L2), conceding the opening goal (if any) in 75% of those fixtures. Furthermore, Sergio Gonzalez’s players have failed to beat Valencia in any of their last five top-flight meetings at Mestalla (D2, L3), letting in precisely two goals per match four times in the process. 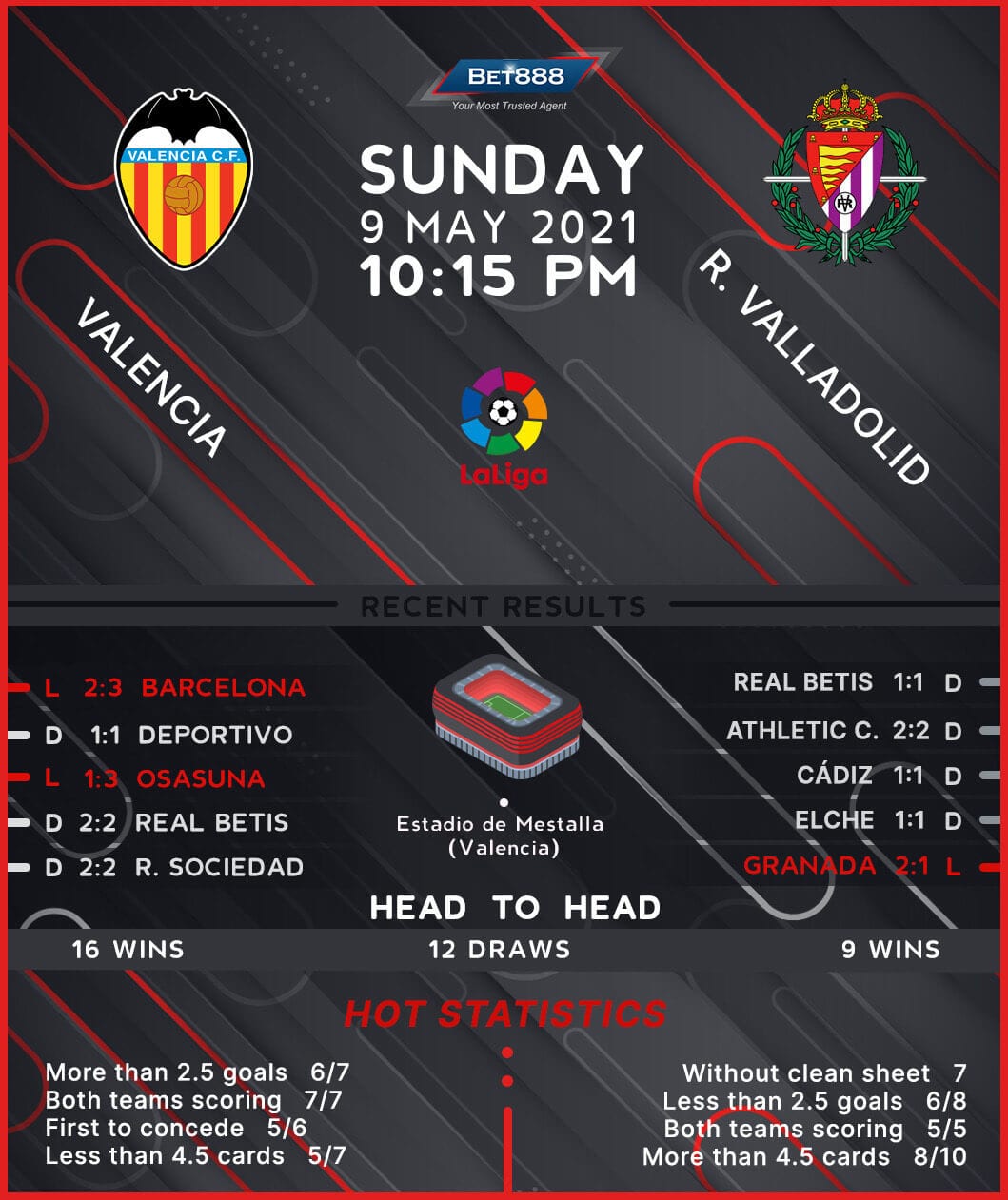