Valencia and Sevilla will meet at the Estadio de Mestalla in a potentially low-scoring La Liga contest. Their last five top-flight H2Hs have all featured under 2.5 goals.

Valencia have failed to win any of their last five La Liga matches (D4, L1) since thumping Real Madrid 4-1 at home in early November, with three of the four draws in that sequence coming by the same 2-2 scoreline. Despite conceding the opener in a league-high four home games, both of Valencia’s only home La Liga wins this season have arrived following that script (W2, L2). ‘Los Murciélagos’ have been either lethal or toothless in attack lately, scoring over 1.5 goals in three of their last five home league fixtures while drawing a blank in the other two. Though they’ve been struggling to deliver consistency this term, Valencia must be confident of picking up the points here, knowing they have avoided defeat in each of their eight previous top-flight H2Hs as hosts (W5, D3).

On the other hand, Sevilla conceded a late equalizer to draw 1-1 with Real Valladolid last time out, which means they have now scored one goal or less in four consecutive La Liga outings. Adding to this sentiment, ‘Los Nervionenses’ have only managed to net two first-half goals across their six La Liga trips so far this term. Julen Lopetegui’s men could encounter similar problems here, given that they’ve scored under 1.5 goals in 13 of their 14 previous competitive trips to Valencia, including the last eight! Also, Sevilla’s recent away league games have been notably tight, as each of their last five such affairs has ended separating the teams by under 1.5 goals (W2, D1, L2). If they manage to find the net here, they are likely to do it in the second half, as nine (64.29%) of their 14 La Liga goals scored this season have come after the half-time break. 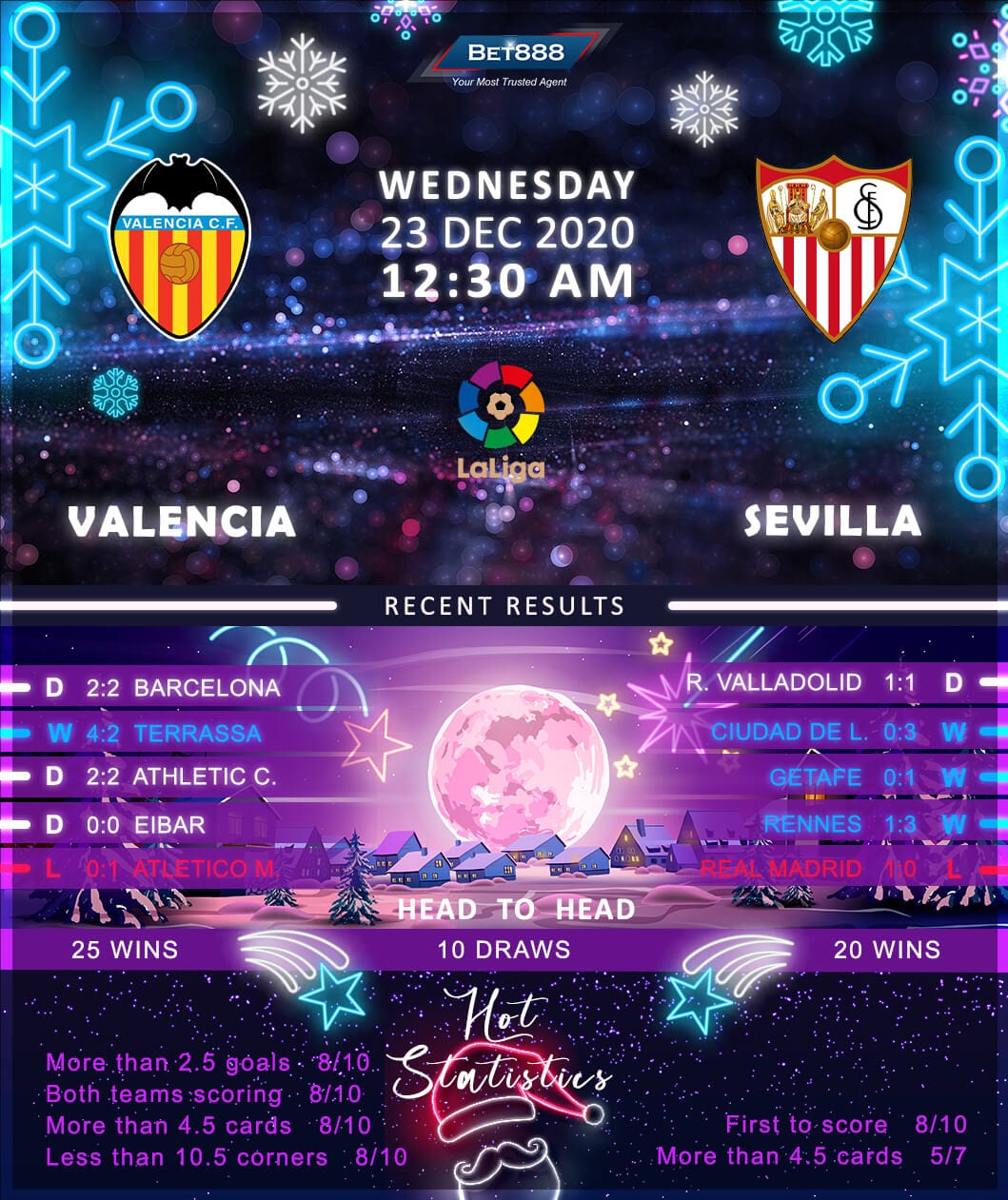