Real Valladolid and Barcelona go head-to-head at the Estadio José Zorrilla, with both sides desperately looking for points in this La Liga encounter.

A 1-1 away draw with Sevilla last time out means Valladolid have won just once in their four previous La Liga matches (D2, L1), as they head into this clash hovering three points clear of the relegation zone. However, far more comfortable at home, ‘Los Pucelanos’ have accrued nine (64.29%) of their 14 league points playing at this venue. What’s more, the hosts have netted six goals combined across their last three home La Liga games, which is only three goals shy of their scoring tally for the remaining 11 league fixtures (9). Going back to 2004, though, Valladolid have drawn a blank in four of their eight top-flight H2Hs held at this stadium, scoring precisely once per match in the other four (W1, D1, L6).

Meanwhile, Barcelona drew 2-2 with Valencia at the weekend to stretch their unbeaten league run to three games (W2, D1). But, given Barca’s footballing stature, it may come as some surprise that they have returned a league joint-low four points from their five away La Liga fixtures this term. In fact, since beating Celta Vigo 4-0 in their first road trip of the season, Ronald Koeman’s men have scored under 1.5 goals in each of their subsequent four away league matches to lose three of them (D1). It is also strange that none of Barcelona’s five away La Liga games has featured over 1.5 first-half goals. The ‘Blaugrana’ can still take some confidence from the fact they’ve won each of their last four top-flight meetings with Valladolid, keeping a clean sheet on three of those occasions. 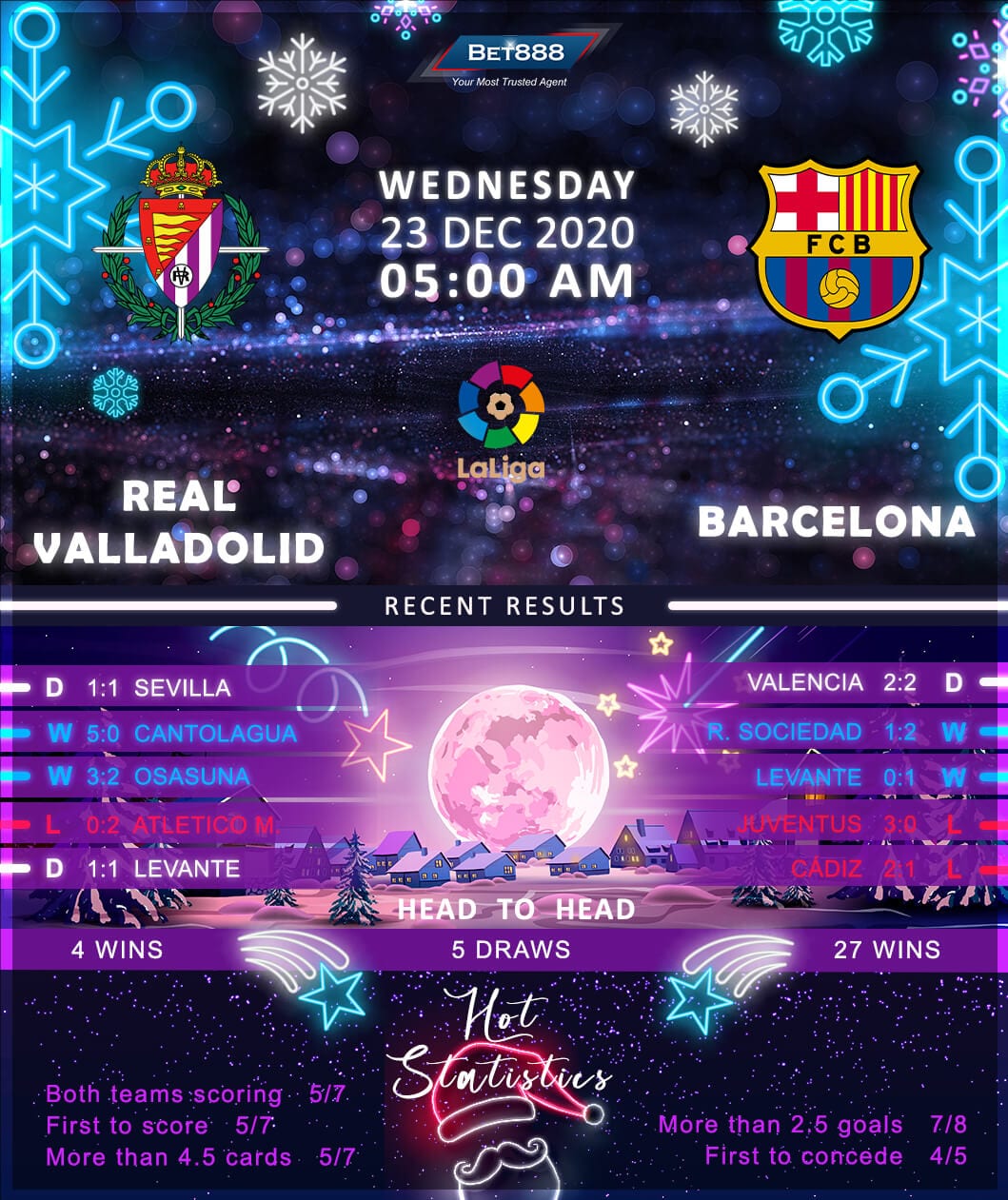