Except for a 4-0 humbling away to Seattle Sounders a fortnight ago, Vancouver Whitecaps have won three of their last four MLS games by an aggregate score of 5-1. BC Place has been a stronghold this season, as the ‘Blue and White’ are unbeaten in six out of seven MLS home outings (W4, D2), including the last four on the bounce (W3, D1). That could inspire Vancouver’s bid to improve upon their underwhelming home league record against New England (W1, D2, L1). High scoring has been a common theme across those four fixtures. While each witnessed both teams on the scoresheet, the last three have featured 3+ overall goals, producing an average of 5.33 per match.

Meanwhile, New England Revolution enter this round unbeaten in eight MLS fixtures (W4, D4), alternating between victories (3) and draws (3) across the last six. On a more positive note, after going winless in their opening five away league games (D2, L3), they have racked up back-to-back wins. Bruce Arena’s men are scoring for fun these days, having found the net in both halves across their last five league travels. But New England’s defensive frailties have seen them concede in all seven MLS fixtures on hostile turf, at an average of 2.28 per game. Curiously, only Vancouver (11) have conceded more first-half goals on the road this season than the ‘Revs’ (8). 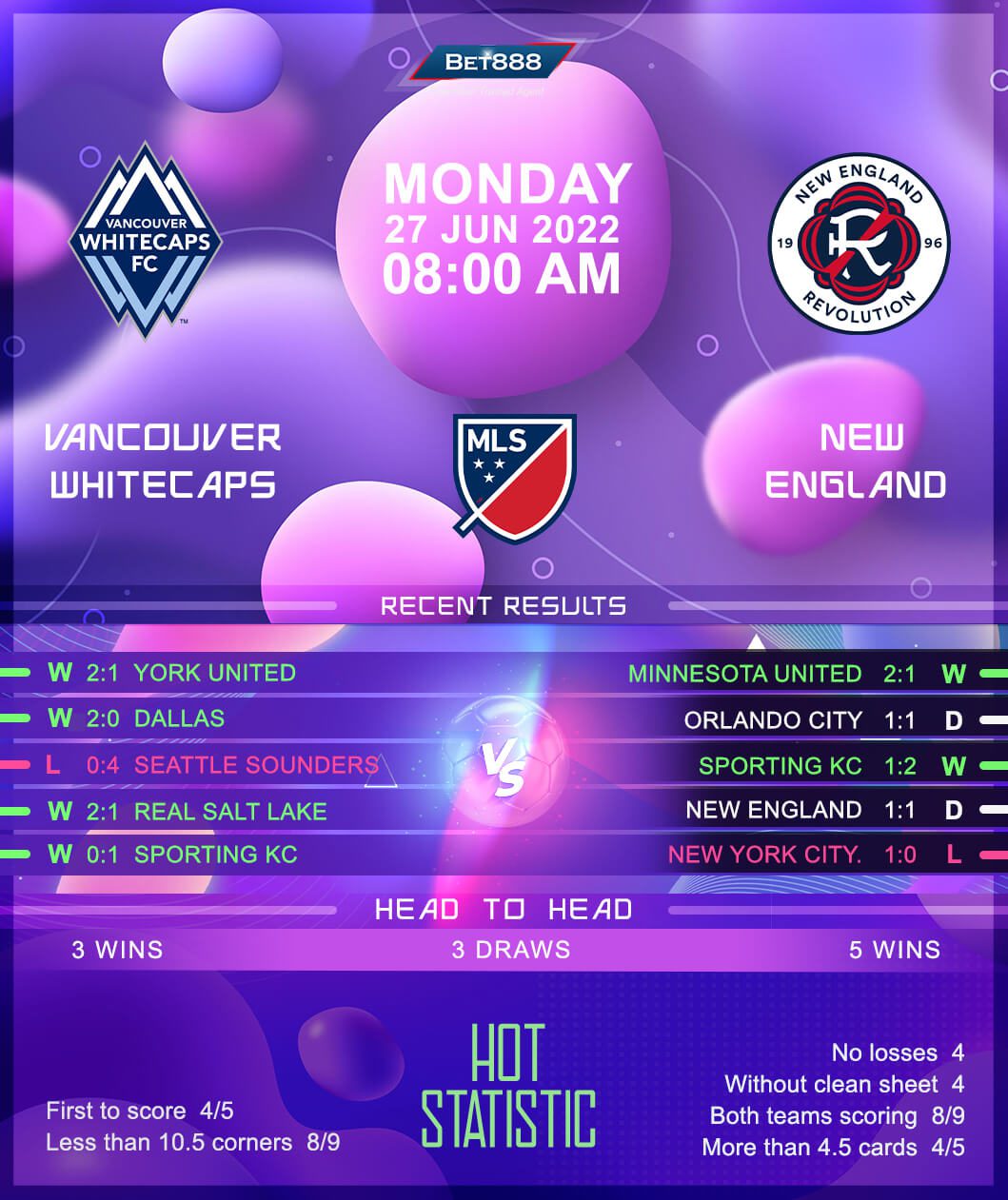