Venezuela’s hopes of securing qualification into the Copa America 2021 knock-out stages are at stake, as they take on Peru at the Estádio Nacional de Brasília.

Despite failing to win any of their opening three group stage matches (D2, L1), Venezuela will advance to the knock-outs if they better Ecuador’s result against Brazil. Before scoring two second-half goals against Ecuador on Matchday 3, the Venezuelans had drawn a blank in their opening five halves on the Copa America action in Group B. Though the odds were against Covid-hit ‘La Vinotinto’ ahead of the tournament, they must be enthusiastic about their chances of making out of the group stage for the fifth time in their six Copa America appearances. Coming into this encounter off the back of five consecutive games without winning (D3, L2), José Peseiro’s men are desperate to open the scoring, knowing they have won each of their last six matches after striking first.

Meanwhile, well aware of the fact a draw here would earn them progression into the knock-out phase for the tenth tournament running, Peru will draw confidence from going unbeaten in their last four matches against Venezuela (W3, D1). On top of that, the Peruvians have scored precisely twice in their last two Copa America outings since losing 4-0 to Brazil in their tournament opener. There’s been plenty of early excitement in Peru’s Copa America 2021 fixtures so far, as each of their three group stage games featured the opening goal scored within 25 minutes in the first halves garnering 2+ goals. Curiously, ‘Los Incas’ fought back from a 2-0 half-time deficit to secure a 2-2 draw against Ecuador on Matchday 3, which has followed the same scenario from two of their last H2H meetings with Venezuela (D3). 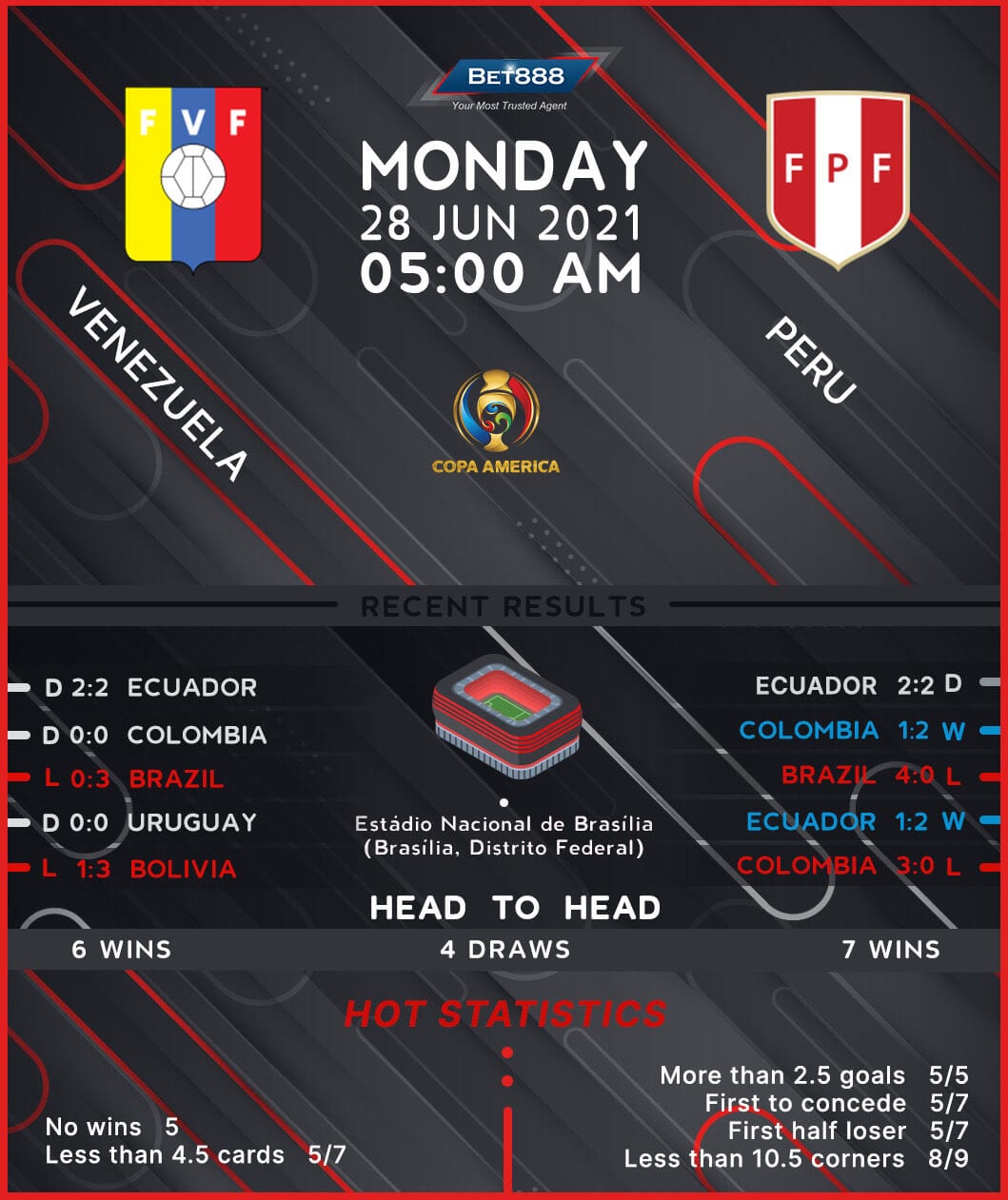