Vietnam and Indonesia are set to square off at the Maktoum bin Rashid Al Maktoum Stadium in the World Cup Qualifying Group G encounter.

Seeking their first-ever World Cup qualification, Vietnam have gone from strength to strength during this qualifying campaign as they enter this round as Group G leaders. Three consecutive victories sandwiched by a pair of draws puts Vietnam two points clear of second-placed UAE ahead of the kick-off. However, the low-scoring theme has highlighted the home team’s World Cup Qualifying campaign so far, as four of their five Group G fixtures have featured under 1.5 total goals. Putting aside goalless draws with Thailand on Matchday 1 and Matchday 5, the ‘Golden Star Warriors’ have scored before half-time in the remaining three World Cup Qualifying games. Adding to their confidence, Park Hang-seo’s men have lost just once in their last eight meetings with Indonesia (W3, D4), friendlies included.

Meanwhile, Indonesia’s 2-2 draw with Thailand in their most recent World Cup Qualifying fixture did put an end to a disastrous start to the ongoing qualifying series that had seen them lose their opening five qualifiers by an aggregate score of 16-3. Indeed, when the ‘Garuda Team’ lose, it tends to be in disturbing fashion as four of their five World Cup Qualifying defeats this campaign have seen them go down to at least a two-goal margin. Additionally, Indonesia’s defensive woes have seen them concede 2+ goals in all six World Cup Qualifying matches so far, with 13 of their 18 goals shipped across those contests coming in the second half of play. Topically, Shin Tae-yong’s men have conceded over 1.5 goals in their last four away games, including friendlies, at an average of 3.25 per match. 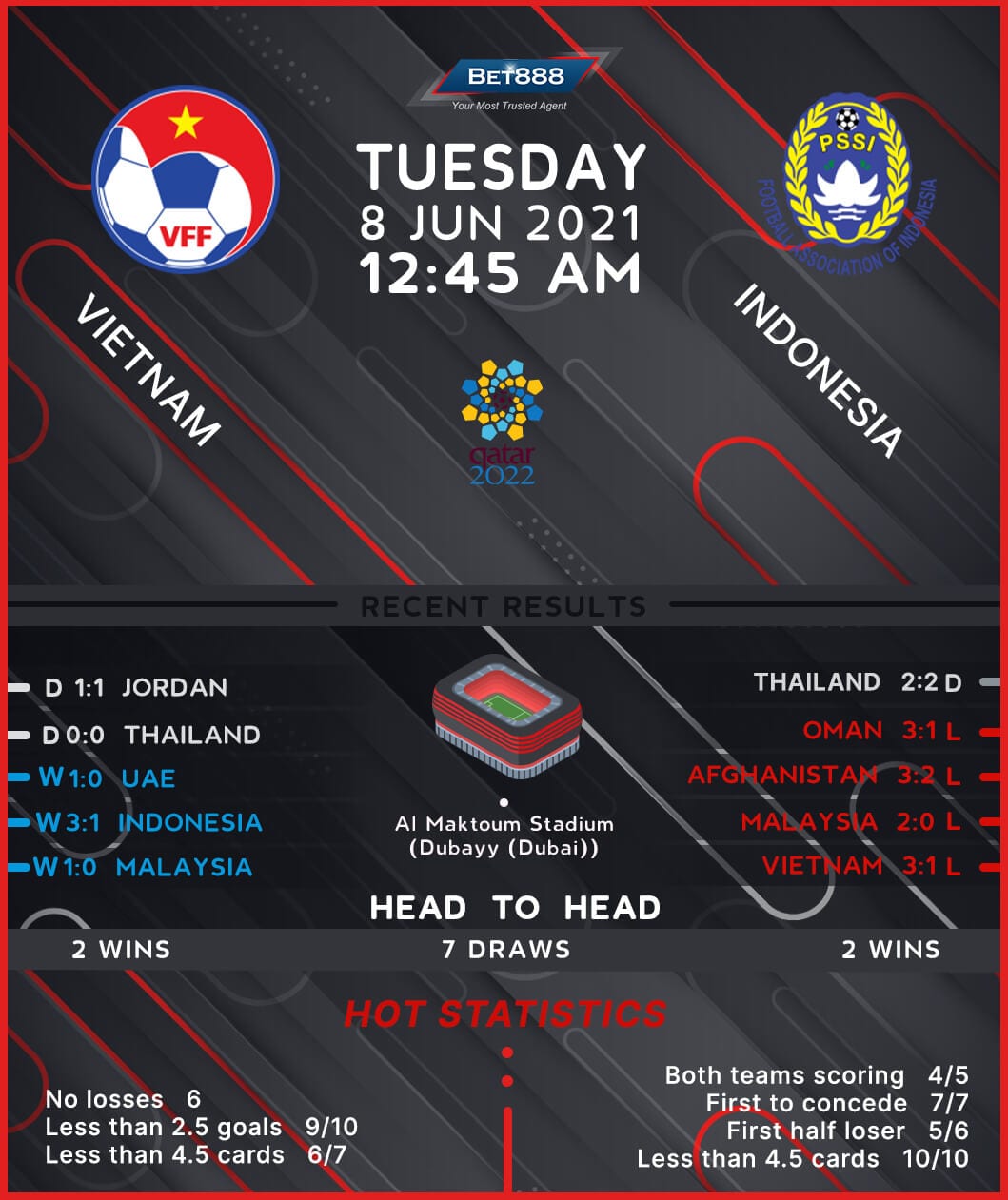