Viettel and Ulsan Hyundai are set to exchange tackles at the Thammasat Stadium in their opening AFC Champions League fixture.

The hosts head into proceedings in the midst of a purple patch, having won all but one of their previous seven competitive matches (D1), keeping a clean sheet in four of them. Delivering action from the onset, Viettel have found the net before half-time in six of their last seven outings in all competitions. Since the turn of the calendar year, none of Viettel’s six home games have ended level (W3, L3), with four of those results (win/loss) seeing the winner on the day preserve a clean sheet. Despite coming into this encounter as massive underdogs, the ‘Red Tornado’ can draw confidence from scoring 2+ goals in three of their last four home matches, winning each of them (L1).

Meanwhile, Ulsan’s 2-2 home draw with Seongnam in K League 1 last time out ended a run of four consecutive victories, though the visitors take the field unbeaten in ten successive games (W5, D5). The ‘Tigers’ have been impressive in front of goal lately, netting over 1.5 goals all but two of their previous eight outings, including the last three in a row. Indeed, after drawing a blank in back-to-back road trips, they have now scored 2+ goals in three straight away matches, getting on the scoresheet beyond the 60th minute on each occasion. Worryingly, though, they have managed just one clean sheet in their last five road trips, conceding at least twice in three of the other four. 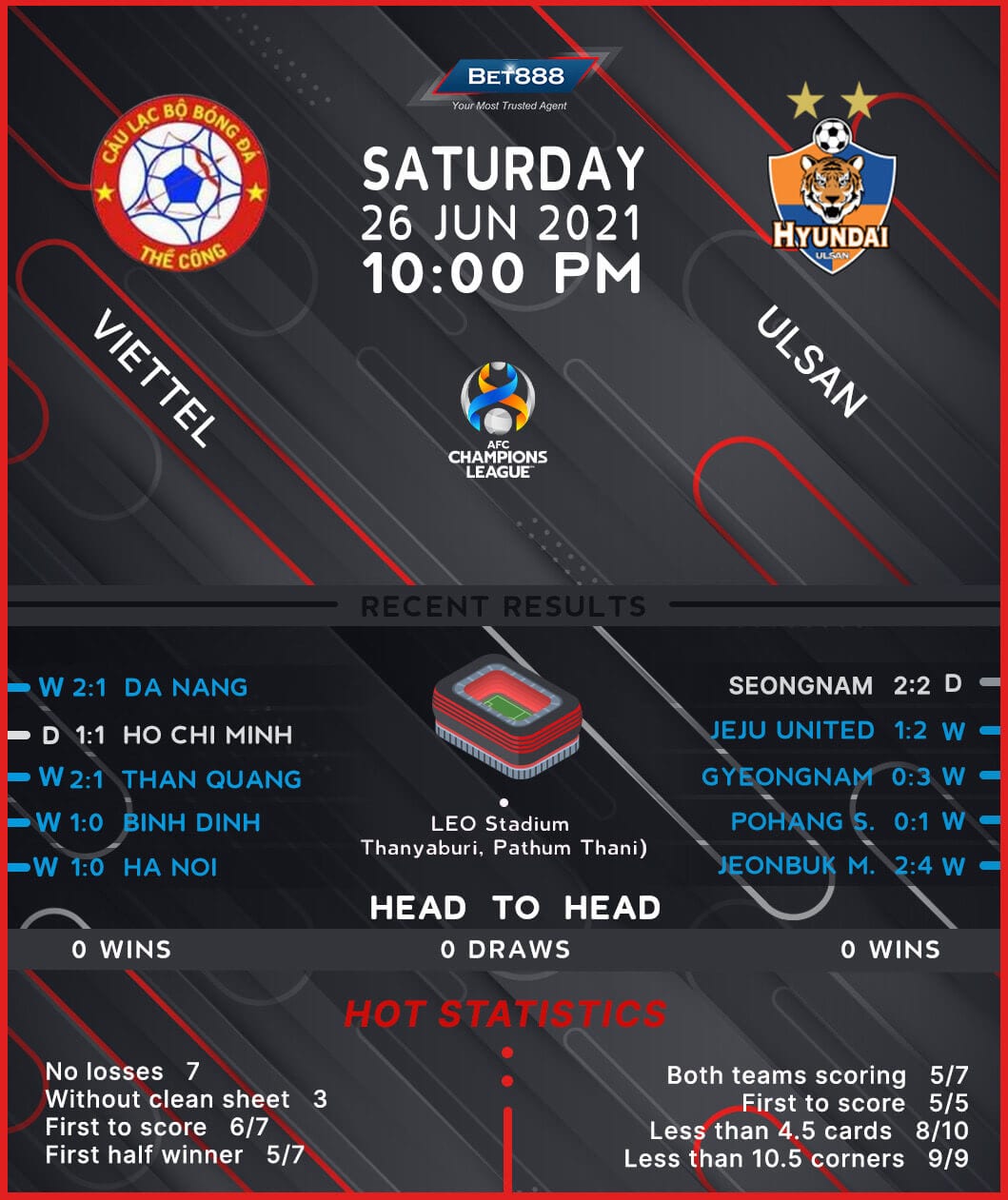