Villarreal head to the Estadio de Mestalla to take on Valencia, looking to extend their winning run in their La Liga H2Hs to three fixtures.

Valencia enter this round frantically looking over their shoulders, as they hold a fragile five-point lead on 18th-placed Deportivo Alaves after winning just one of their last four La Liga matches (D1, L2). The hosts have enjoyed an upturn in home results lately, going from five home league games without winning (D3, L2) to back-to-back victories ‘to nil.’ Low-scoring first halves have been a common theme for ‘Los Murciélagos’ this term, as ten (83.33%) of their 12 La Liga home fixtures have featured under 1.5 goals before HT. Then it may come as some surprise that seven of their 12 home league matches this season have seen the opener scored by the 15th minute. The ‘clean-sheet’ theme remains significant in the context of Valencia’s preceding league win/losses recorded in 2021 alone, as five of their six La Liga wins/losses have been ‘to nil.’

On the other hand, a 2-0 home defeat to Atletico Madrid last weekend gave Villarreal a seventh consecutive La Liga match without a victory (D5, L2), pushing them down to seventh. Away from home, ‘El Submarino Amarillo’ are undefeated in their last four league games (W1, D3), with each of their seven goals scored in that run arriving before HT and seeing Villarreal net the opener within 16 minutes of play. The visitors have scored the opening goal (if any) in 58.33% of their La Liga trips this term, notably avoiding defeat in each such contest (GP7 – W3, D4). Unai Emery’s men have lost three consecutive trips to Mestalla in all competitions after winning three in a row, with four of those six results (win/loss) seeing the winner on the day keep a blank sheet. 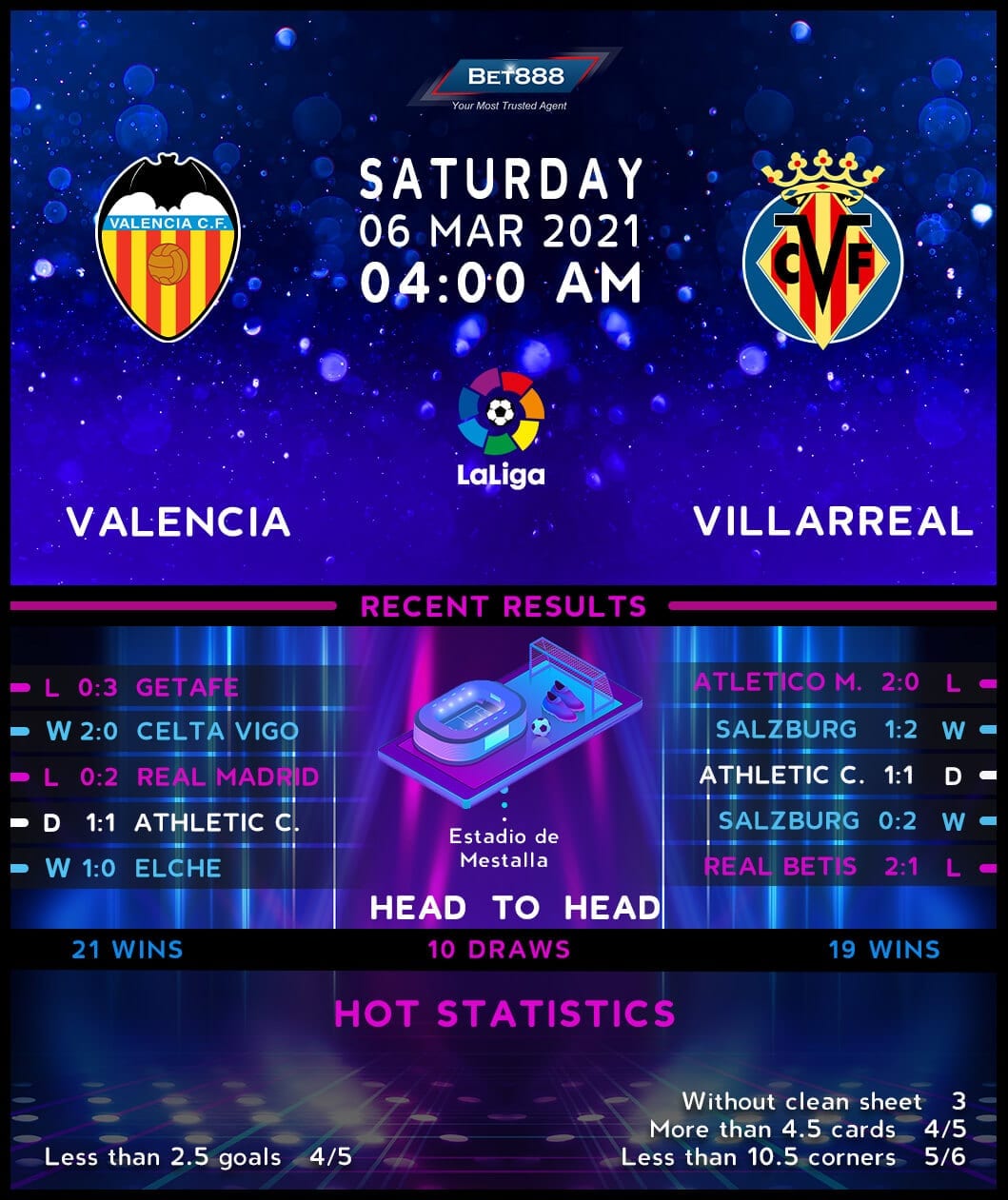