Villarreal and Arsenal will trade tackles at the Estadio de la Ceramica in the first leg of their UEFA Europa League semi-final tie.

‘El Submarino Amarillo’ have performed outstandingly in the Europa League this season, winning all but one of their 12 matches in the competition (D1) en route to reaching their first semi-finals since 2015/16. The last time Villarreal came this far in Europe’s second-tier tournament, they were ousted by Arsenal’s fellow Premier League rivals Liverpool. Worryingly, the Spanish giants have never managed to get past this stage in any major European competition so far, failing in all four attempts. However, Unai Emery could be the catalyst to nudge Villarreal over the line this time around, with the ex-Arsenal boss successfully negotiating each of his six semi-final ties as a manager. Furthermore, the hosts boast a 100% home record this Europa League campaign (W6), returning a +13 goal difference for good measure (GF:18, GA:5).

Meanwhile, Arsenal pulled off a remarkable Europa League campaign in autumn, finishing top of Group B with all six victories and a +15 goal difference (GF:20, GA:5). Despite a few minor setbacks, Mikel Arteta’s men have continued to impress this spring, overcoming Benfica, Olympiacos, and Slavia Praha to set up their first Europa League semi-final tie since the 2018/19 season. Notably, the ‘Gunners’ have been relentless in the semi-final first legs lately, having lost just one of their last nine such contests (W5, D3). Additionally, the visitors have progressed from both previous knock-out ties after securing away wins via at least a two-goal margin. On the downside, the Premier League heavyweights have failed to beat Villarreal in both of their previous UEFA visits to La Ceramica (D2). 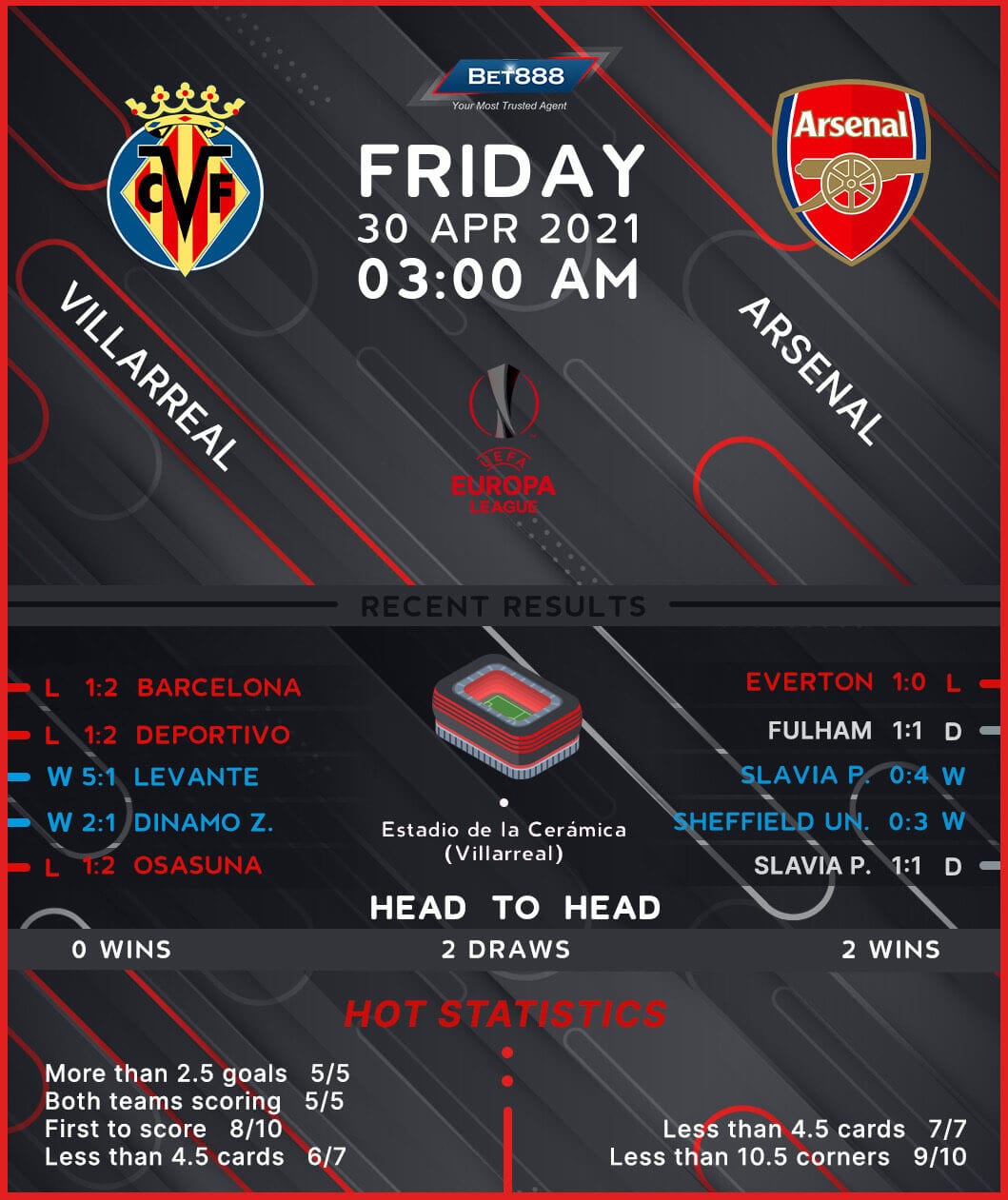