A thoroughly disappointing start to the season has seen Villarreal draw their opening three La Liga matches following a penalty shoot-out defeat at the hands of Chelsea in the UEFA Super Cup in August. Unai Emery’s men will be hoping to overcome a snooze-worthy start when they take on Atalanta in their first-ever European meeting and boost their hopes of making it out of the Champions League group stages for only the third time. Villarreal’s return to the Champions League group phase following a decade of hiatus could stir some painful memories in the Spanish camp, with ‘El Submarino Amarillo’ losing all six games in their most recent such campaign. Aside from their 6-3 thumping of Danish side Aalborg in October 2008, the reigning Europa League champions have notched just eight goals across their remaining 13 home Champions League fixtures!

On the other hand, Atalanta succumbed to a 2-1 home loss to Fiorentina at the weekend, confirming a poor start to their 2021/22 Serie A campaign (W1, D1, L1). Italy’s top-flight top scorers in the last three seasons in a row, ‘La Dea’ will be aiming to maintain their 100% progression rate from the Champions League group stage after reaching the competition’s knock-outs at both previous attempts. Atalanta’s European record against Spanish adversaries is perfectly balanced (W2, L2), with three of their four such contests seeing over 3.5 goals and both teams on the scoresheet. Notably, Gian Piero Gasperini’s men have won five of their last six Champions League fixtures on foreign soil (L1), keeping a clean sheet in four of them. 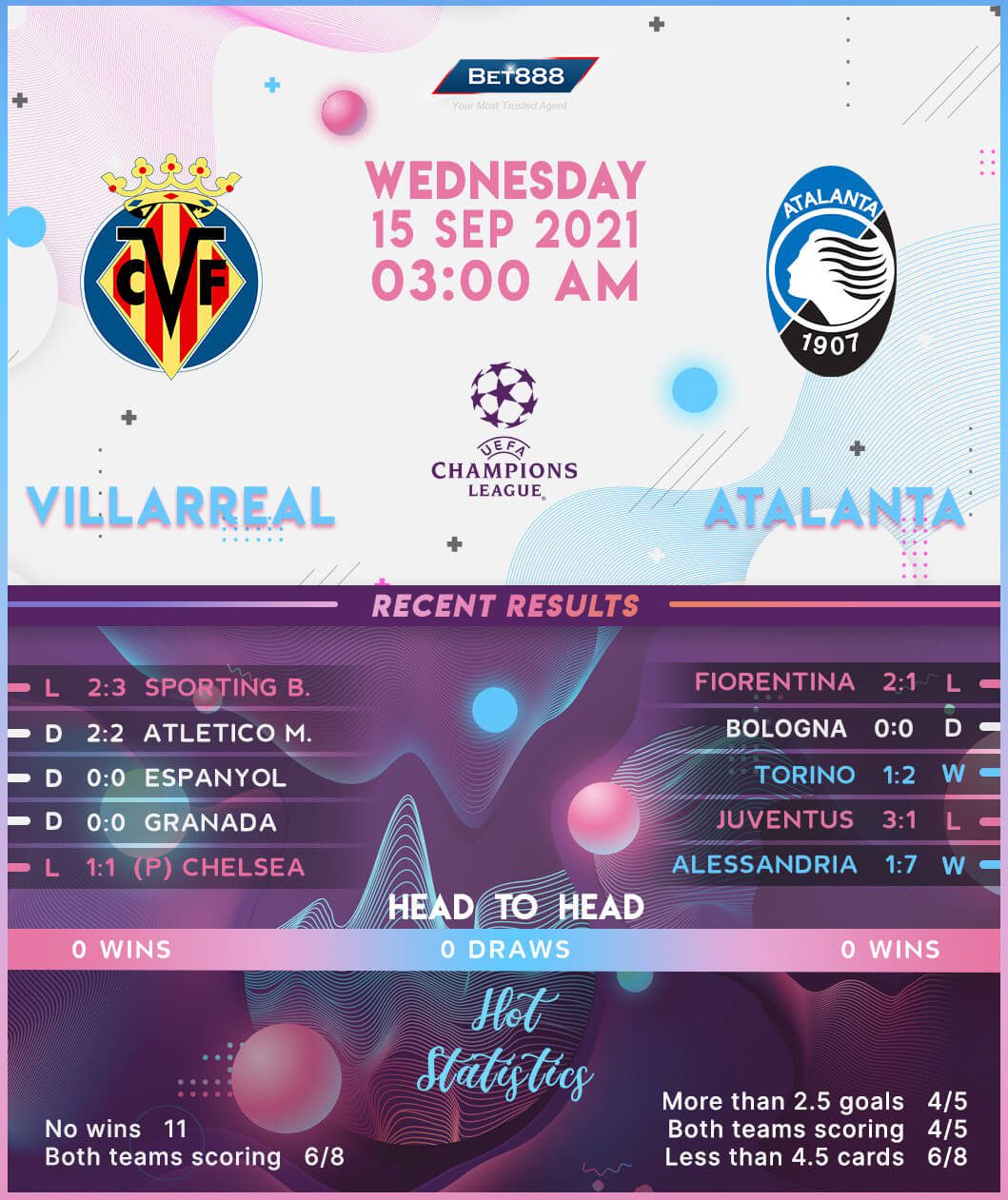