Villarreal will be looking to put an end to their three-game winless home La Liga streak against Athletic Club (D2, L1) when the two teams meet at the Estadio de la Ceramica.

A 3-1 away victory over Osasuna at the weekend did see Villarreal extend their unbeaten run in all competitions to 19 matches (W12, D7). Though they’ve drawn both of their previous home La Liga games, the hosts last went longer without league defeat in 2016, as they are enjoying an impressive 11-game undefeated run in the competition (W7, D4). However, Unai Emery’s men have established themselves as somewhat ‘stalemate specialists,’ as only one team has drawn more league fixtures than Villarreal (7) this term. Low scoring has been a theme for ‘El Submarino Amarillo’ lately, as each of their last three home La Liga matches has featured under 2.5 goals, which has been the case in three of their previous top-flight H2Hs (D2, L1).

Meanwhile, Athletic Club snatched two late goals to beat Huesca 2-0 at home last time out, halting a four-game winless La Liga run (D2, L2). But, the visitors have gone winless in six away league games (D2, L4) since defeating Eibar on Matchday 3, conceding the opening goal on five of those occasions. Indeed, slow-starting Athletic have shipped the first goal in a league joint-high nine matches so far, avoiding defeat in just two such affairs (W1, D1, L7). Additionally, ‘Los Leones’ have found little luck in their top-flight trips to Villarreal since 2005, picking up only one victory in their last 15 such visits to the Estadio de la Ceramica (D4, L10). It’s also worth noting that they’ve netted under 1.5 goals in seven of their eight previous competitive away H2Hs. 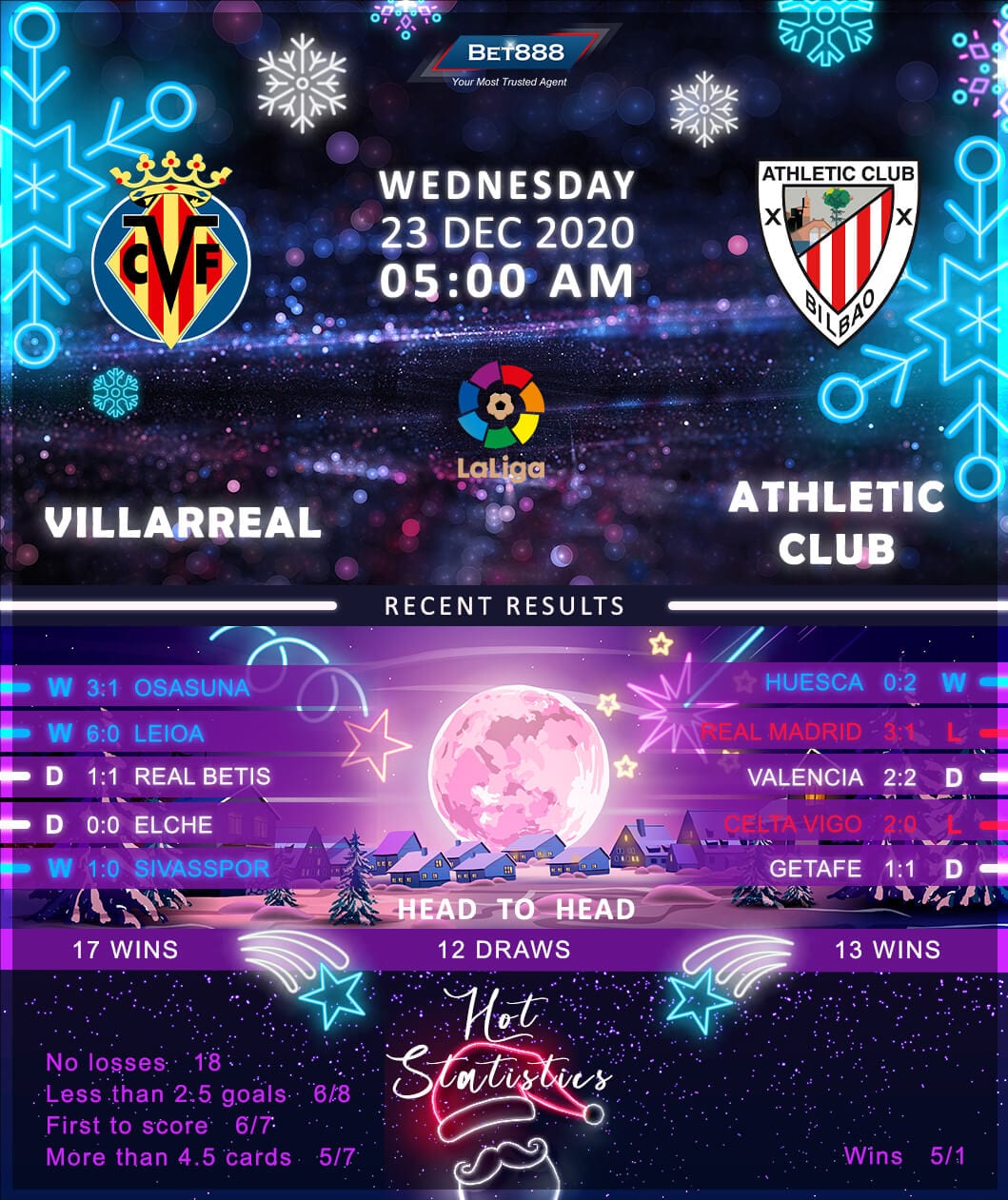