Atletico Madrid travel to the Estadio de la Cerámica to meet Villarreal, seeking their first La Liga victory at this venue since April 2015.

After winning both of their first two La Liga fixtures since the turn of the year, Villarreal have gone winless in the subsequent six league matches (D5, L1), a sequence that sees them fall 11 points behind fourth-placed Sevilla. ‘El Submarino Amarillo’ have netted under 1.5 goals in four of their last five La Liga games, with four of their five goals scored in that period coming inside the opening 35 minutes of play. Villarreal have established themselves as ‘stalemate specialists’ this season, playing out more draws (13) than any other team in Europe’s top-five leagues. In fact, ten (66.67%) of their last 15 La Liga games have ended level (W3, L2). Curiously, a 2-1 defeat to Real Betis in their last home league outing brought Villarreal’s unbeaten start to their home La Liga campaign to a halt (W5, D6).

Meanwhile, a return of one win from their last four La Liga fixtures (D2, L1) has seen Atletico Madrid stumble at the wrong time, with their lead on second-placed Real Madrid whittling down to three points. Yet, ‘Los Colchoneros’ have not lost any of their last six away league matches (W5, D1), scoring over 1.5 goals in each win. Against this backdrop, Diego Simeone’s men are winless in five consecutive top-flight trips to Villarreal (D2, L3), drawing a blank on three occasions in the process. Winning the first half would optimize Atletico’s chances of snapping that winless streak at the La Cerámica, as they’ve picked up all 30 points available in La Liga when leading at half-time this season (10/10). To support that claim, the visitors can rely on the fact they’ve conceded joint-lowest four first-half goals on the road this La Liga campaign. 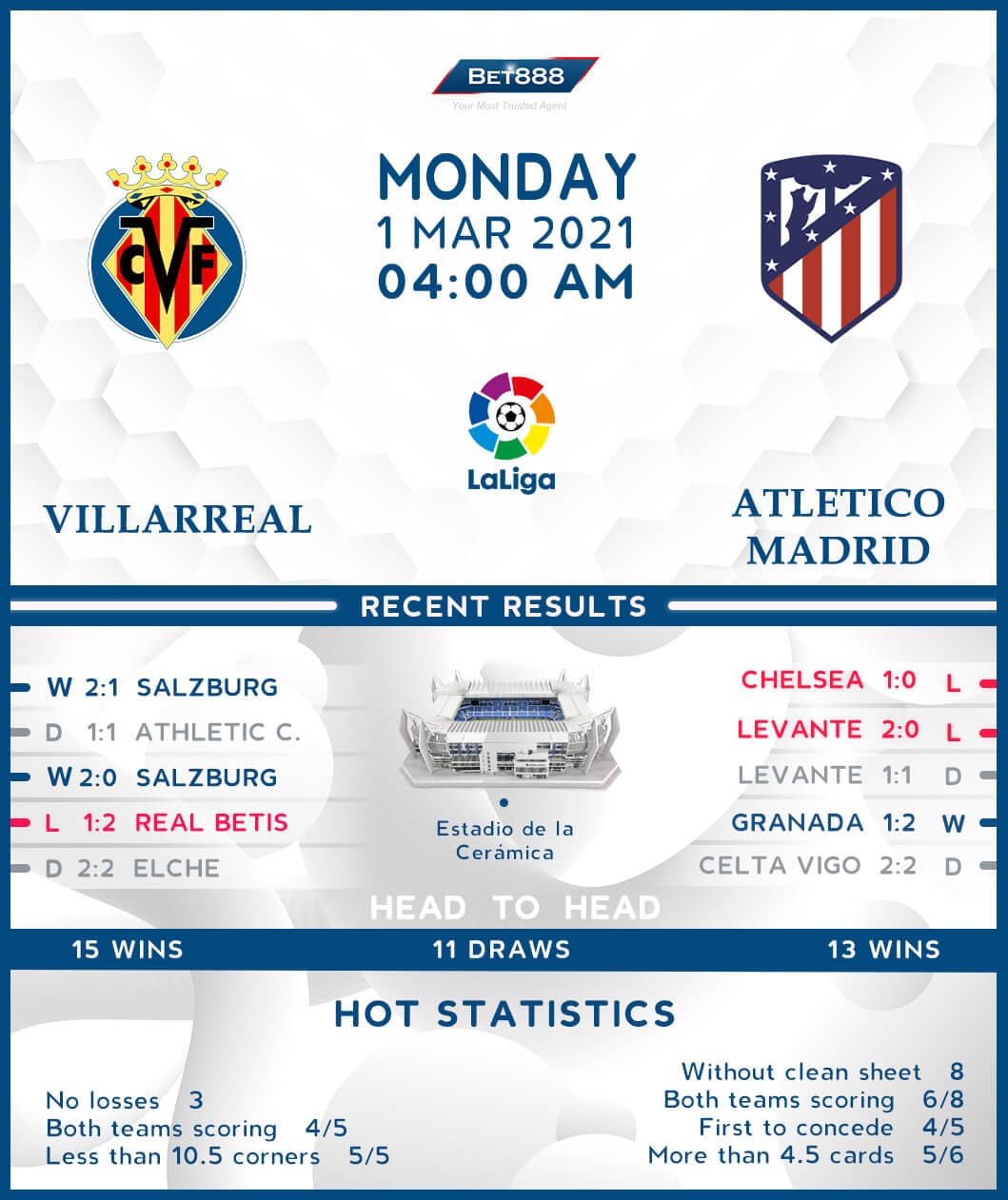