Barcelona’s hot pursuit of the La Liga title continues this weekend as they head to the Estadio de la Ceramica to take on an unpredictable Villarreal side.

The hosts have blown hot and cold lately, winning four of their last eight La Liga fixtures while losing the other four, with 50% of those results (win/loss) yielding the identical 2-1 scoreline. Moreover, none of Villarreal’s last seven home matches in all competitions have ended in a draw (W4, L3), with 71.43% of them producing the same 2-1 FT score. ‘El Submarino Amarillo’ have suffered three defeats in their last four home La Liga games (W1) after going undefeated in their previous 11 in the competition (W5, D6). The first-half action has been in short supply at La Cerámica this season as only 26.67% of Villarreal’s top-flight fixtures here have featured over 1.5 goals before half-time (4/15). Yet, a first-half strike remains well on the cards, considering 80% of their La Liga matches at this venue have contained at least one goal before the interval.

On the other hand, Barcelona inflicted a 5-2 defeat on Getafe at Camp Nou last time out to bounce back from a 2-1 loss to arch-rivals Real Madrid and stay within a five-point distance from top-placed Atletico Madrid. With six La Liga fixtures left to play, the Catalans have a game in hand on Diego Simeone’s side and can ill-afford any more slip-ups if they are to lift the crown. A half-time lead would put Barcelona in the driving seat to claim all three points, given their resounding 94.12% win-ratio in league matches that saw them secure a half-time advantage this season (W16, D1). Additionally, Ronald Koeman’s men have been nothing short of outstanding since the calendar flipped to 2021, winning more points (43) than any other side in La Liga (W14, D1, L1). 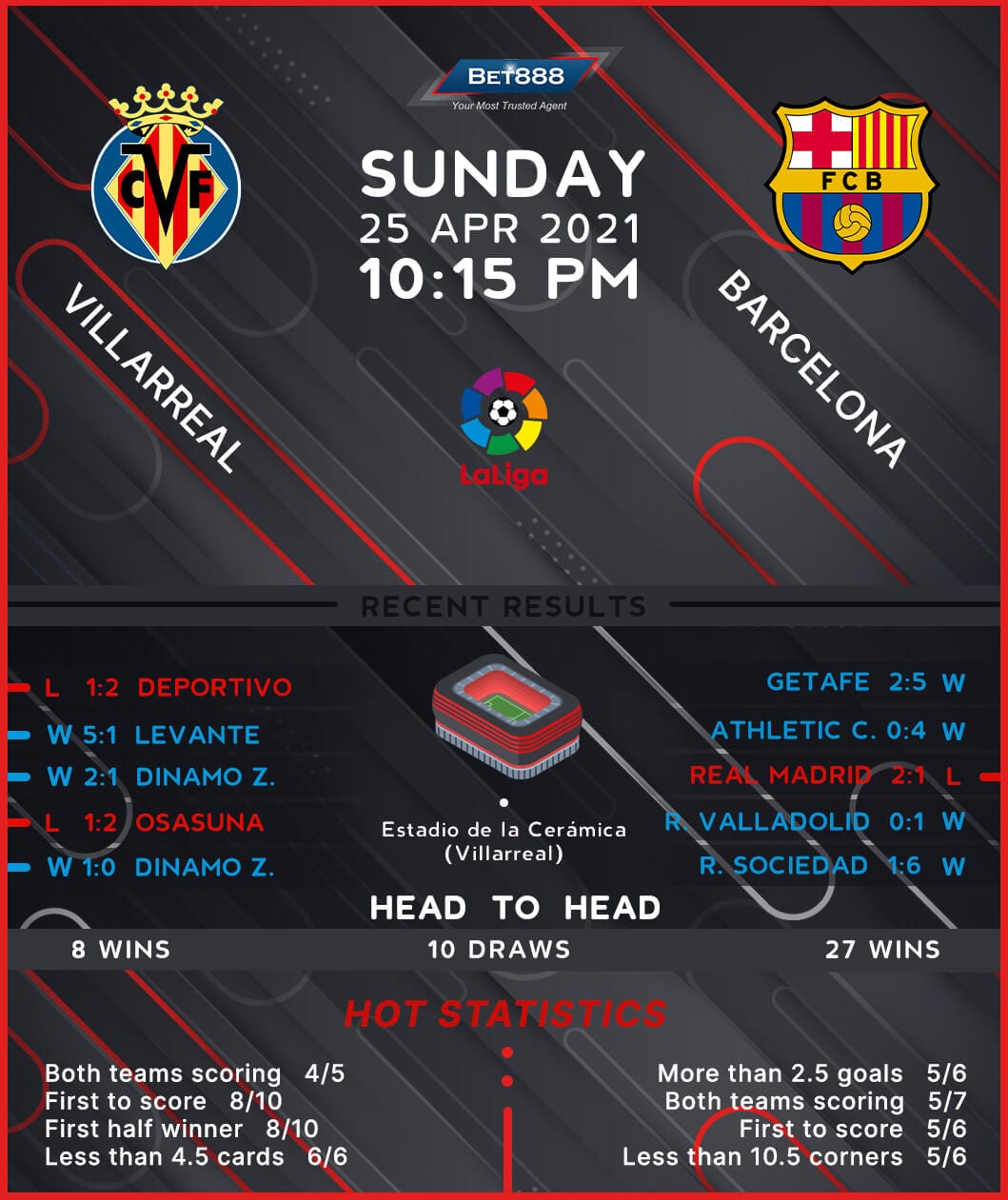