Villarreal will be looking to preserve a 1-0 first-leg advantage when they lock horns with Dinamo Zagreb at the Estadio de la Cerámica in the rematch of their UEFA Europa League quarter-final tie.

Gerard Moreno’s 44th-minute penalty at the Stadion Maksimir made all the difference between the sides, stretching Villarreal’s winning streak in competitive H2Hs to two matches. Notably, the Spaniards have now scored four unanswered goals against Dinamo in the Europa League proper. It’s been one hell of a European voyage for ‘El Submarino Amarillo’ so far, as they’ve won 90.91% of their Europa League fixtures this term (D1), a walkover result against Qarabag on Matchday 6 included. Remarkably, Villarreal’s success in Croatia made it 20 consecutive UEFA matches without a loss against non-Spanish opposition (W14, D6). Furthermore, Unai Emery’s men have now kept seven clean sheets in 11 Europa League games this term, walkover against Qarabag included.

Meanwhile, Dinamo performed impressively in autumn, claiming 14 points to finish top of Group K without a single loss (W4, D2) and ahead of Wolfsberger, Feyenoord, and CSKA Moscow. However, the first-leg failure now means the Croatian powerhouse have lost nine of their 11 European contests against Spanish sides (W1, D1). Their lone success in such encounters was a 1-0 win over Villarreal in the 2010/11 UEFA Europa League group stage. A 1-0 victory at Wolfsberger on Matchday 4 halted Dinamo’s run of seven consecutive European trips without winning outside the qualifying process (D3, L4), to which they subsequently added further road triumphs over Feyenoord and Krasnodar before a 2-0 defeat at Tottenham. The visitors have failed to progress from eight of the nine UEFA ties in which they lost the first leg at home. 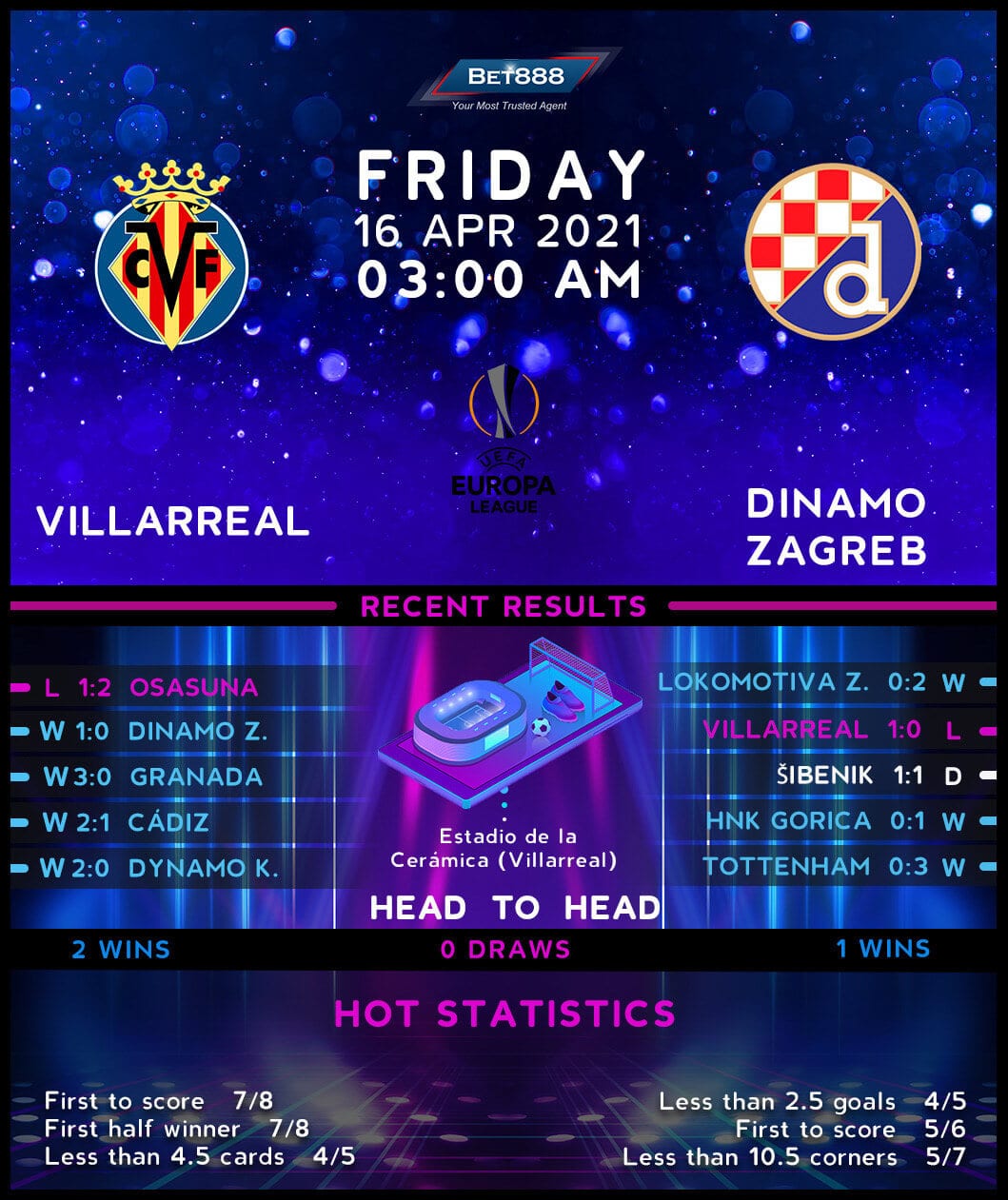