Villarreal welcome Elche to the Estadio de la Ceramica in the midst of a purple patch, having avoided defeat in each of their last 14 matches in all competitions (W9, D5).

A narrow 1-0 away win over Sivasspor in the Europa League midweek gave Villarreal a first competitive victory after three consecutive draws, all of which came by the same 1-1 scoreline. The ‘Yellow Submarine’ have gone eight matches unbeaten in La Liga (W4, D4) since losing 4-0 to Barcelona in late September, conceding under 1.5 goals on each of those occasions. Furthermore, the hosts are one of two sides yet to lose at home this season (W4, D2) despite conceding the opening goal in half (3) of their six home LaLiga fixtures. Indeed, four of Villarreal’s five league goals shipped at home this season have come in the first half of play, with Unai Emery’s men leading at half-time just twice in six home La Liga outings (HT: W2, D2, L2).

Meanwhile, Elche head into this encounter on the back of three consecutive league draws, all of which saw the same 1-1 scoreline and the home team on the day get on the scoresheet first. Despite going from back-to-back away La Liga victories to two consecutive league trips without a win (D1, L1), the visitors must be confident of finding the net here after scoring in each of their last six La Liga fixtures. Yet, low scoring has been a theme for Elche this season, as six (66.67%) of their nine La Liga matches have featured under 2.5 total goals, including three of four on the road. In turn, only one of their four top-flight H2Hs this millennium has produced over 2.5 goals. 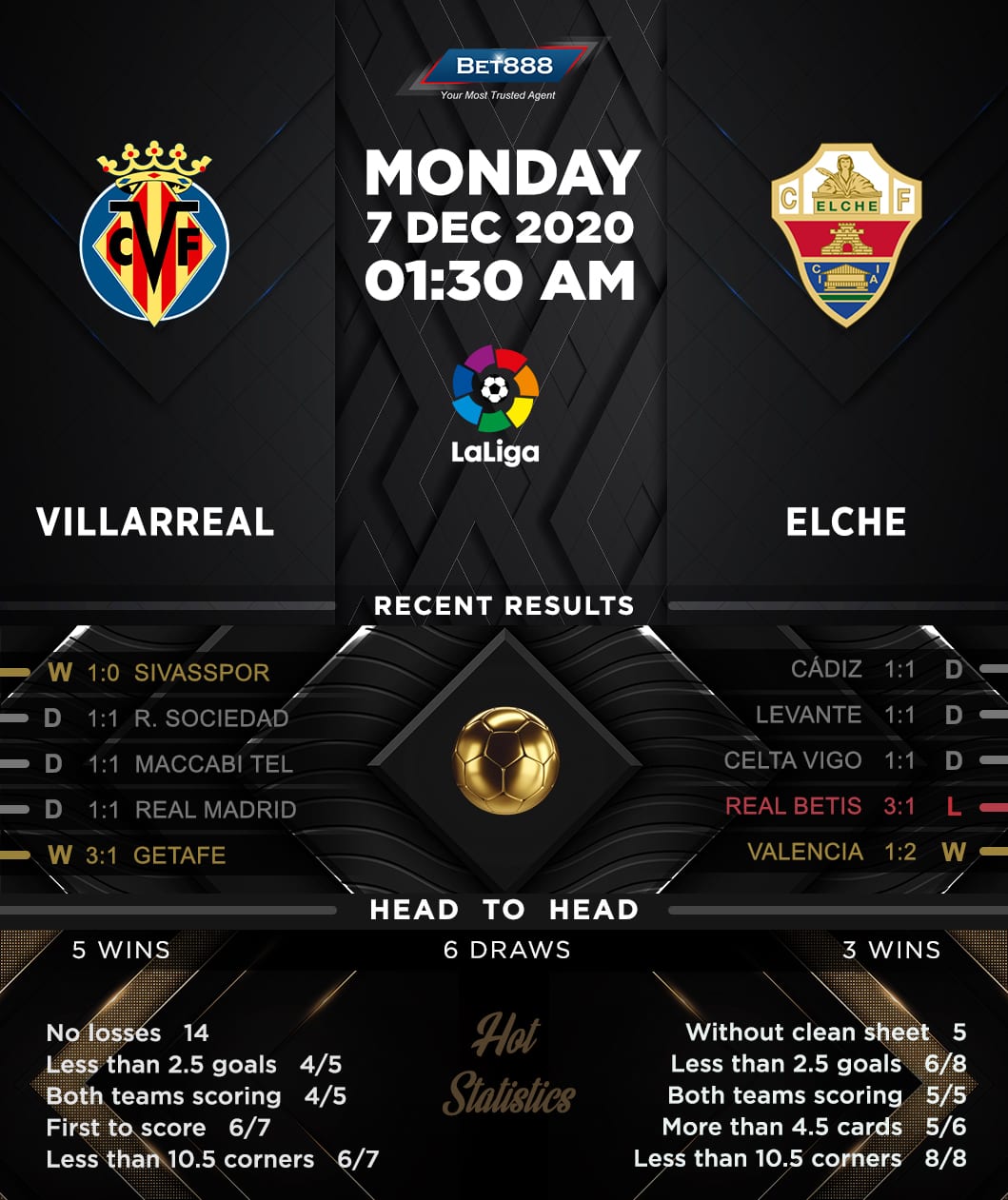