Fresh from a 2-1 first-leg win over Arsenal in their UEFA Europa League semi-final tie, Villarreal look to carry momentum to La Liga as they take on Getafe at the Estadio de la Ceramica.

Villarreal have suffered three defeats in their last four La Liga outings (W1), all of which came by the identical 2-1 scoreline, with the deciding goal in two arriving beyond the 70th minute. Worryingly, Unai Emery’s men have lost four of their last five home La Liga fixtures (W1), with four of them yielding the same 2-1 FT score. ‘El Submarino Amarillo’ have not drawn any of their last nine league matches (W4, L5), with 77.78% of the games won/lost in this sequence seeing the victor fail to keep a clean sheet. A stalemate seems like a highly improbable outcome, knowing that none of the previous nine top-flight meetings between Villarreal and Getafe here have ended level (W6, L3), with seven of them seeing the sides separated at full-time by a single-goal margin.

Meanwhile, Getafe pulled off a 2-0 away victory over relegation-threatened Huesca last time out, ending a run of seven La Liga games without a win (D4, L3). The clean sheet has been a common theme in Getafe’s La Liga matches this calendar year as 13 of 18 have seen one or both sides fail to get on the scoresheet, including 11 of the last 14. Before beating Huesca in their most recent league trip, ‘El Geta’ had gone winless in seven away La Liga fixtures on the trot (D1, L6), with 66.67% of their defeats in that time yielding a losing margin of 2+ goals. Furthermore, Jose Bordalas’ men have lost each of their last three top-flight clashes against Villarreal, two of which via the same 3-1 scoreline. 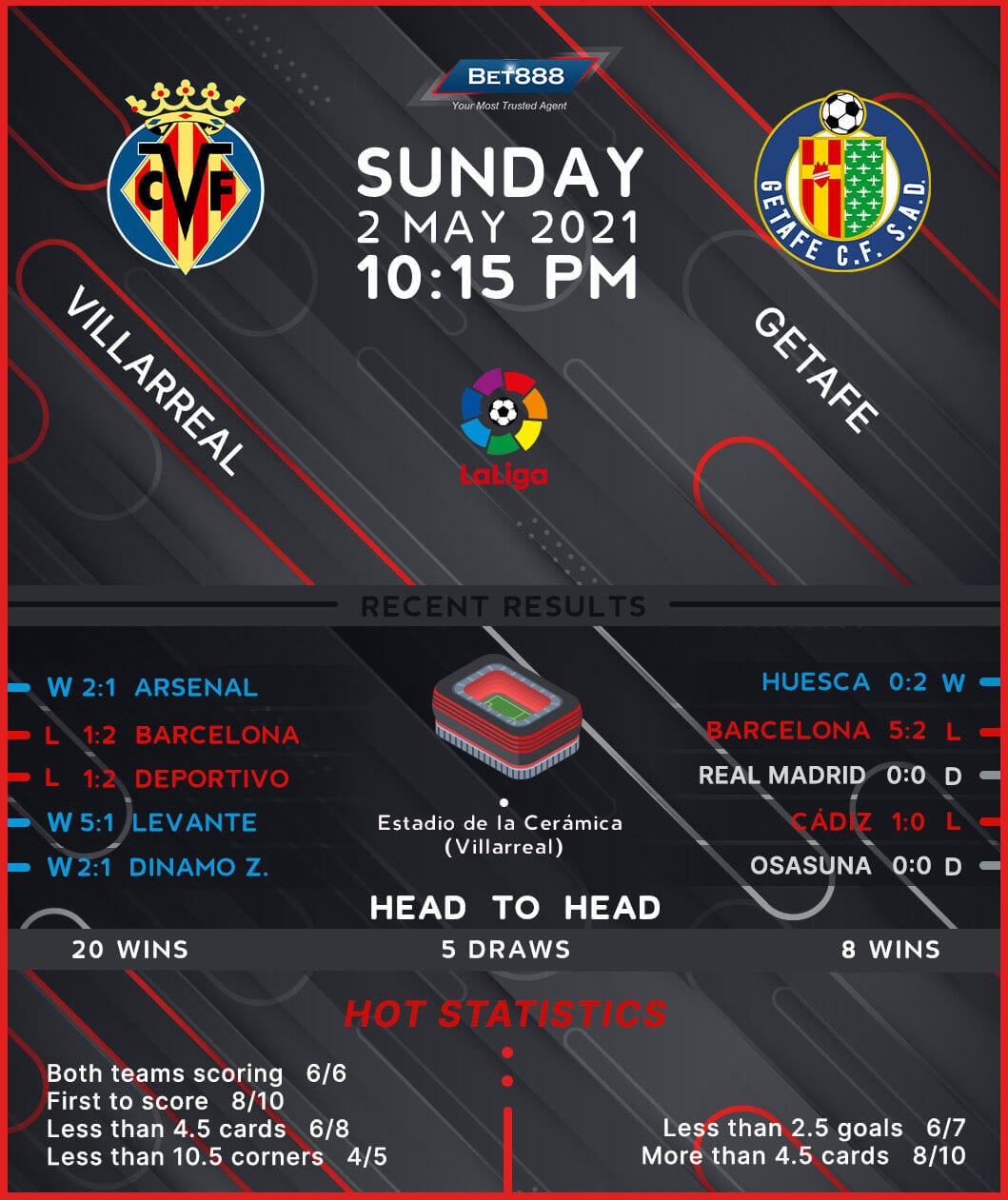