Granada travel to the Estadio de la Ceramica to take on Villarreal, looking to claim their first La Liga triumph against the Castellon-based team since 2014 (D3, L5).

Villarreal squeezed past lower-league side Tenerife 1-0 in the Coppa del Rey weekend, extending their winning run in all competitions to four games. At home, Unai Emery’s men have yet to lose a competitive match this season (W9, D4), though three of those four draws have arrived in their last four home La Liga outings. ‘El Submarino Amarillo’ will be confident of maintaining their unbeaten home record here, knowing they have won five of their six top-flight meetings at this venue in the 21st century (D1). Notably, four of those five victories were ‘to nil.’ Moreover, only Real Madrid (5) have shipped fewer home league goals than Villarreal (7) this term, with 71.43% of their La Liga goals conceded on home turf coming in the first half of play.

On the other hand, a 2-0 home win over Osasuna last time out means that none of Granada’s seven previous La Liga fixtures have ended in a draw (W4, L3). Curiously, six of the seven games won/lost in the abovementioned sequence saw the victor keep a clean sheet, with four of them yielding the identical 2-0 scoreline. Worryingly, though, Diego Martinez’s men have developed a habit of falling behind without recovering, surrendering the points in all four La Liga trips in which they conceded the opening goal (L4). Having that said, the ‘Nazaríes’ have scored a league-low one second-half goal on the road this season! Meanwhile, lapses in concentration have seen Granada concede at least once in four of their eight away La Liga matches this season. 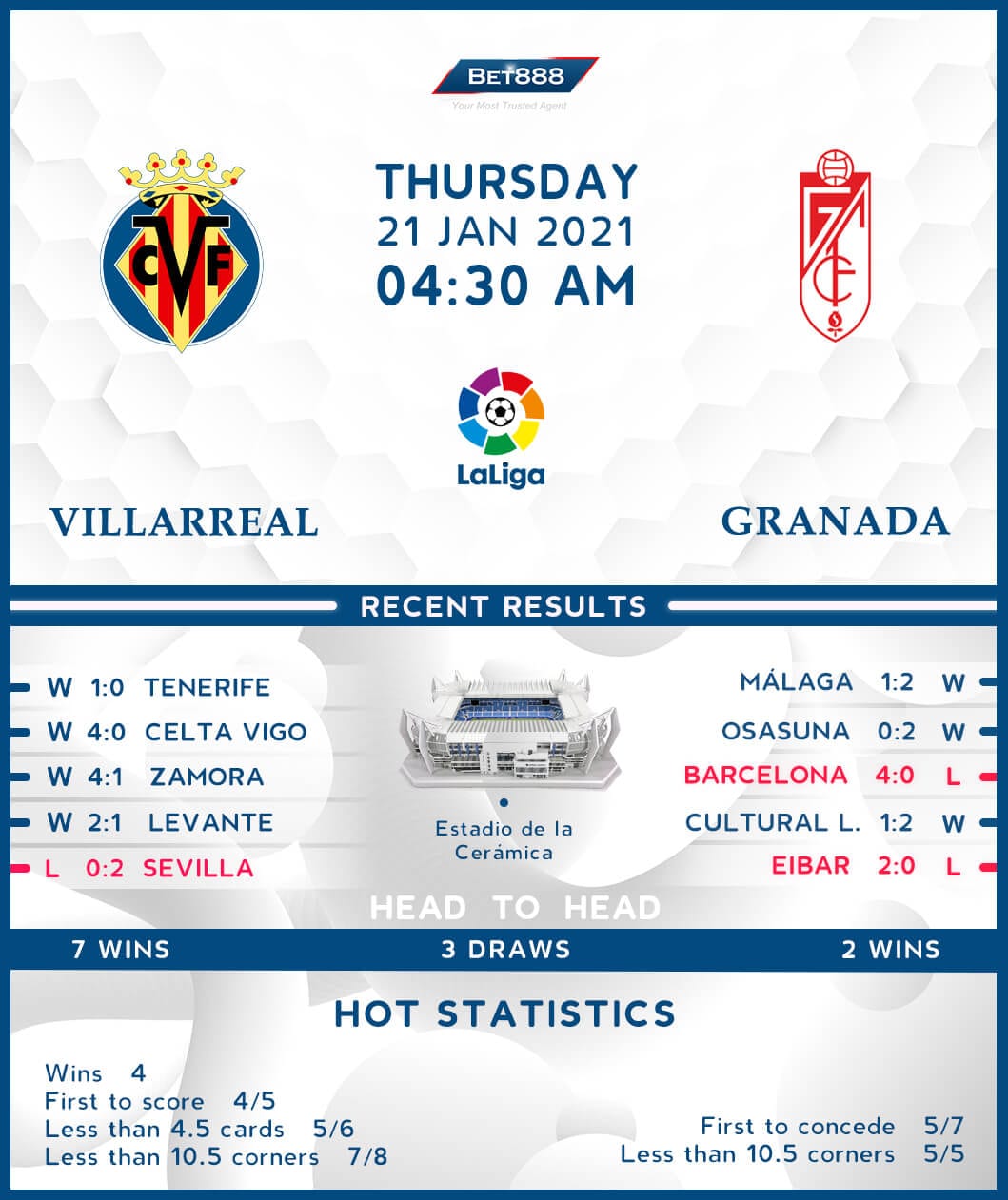