It has been an outstanding Europa League campaign for Villarreal so far as they’ve avoided defeat in all 14 games in the competition (W12, D2) en route to reaching their first major European final. Unai Emery’s men are undefeated in their last 12 Europa League matches outside Spain (W7, D5), registering a shutout in each of the last five. Remarkably, the Spanish giants have racked up a resounding 23-match unbeaten run against non-Spanish adversaries in major European competitions (W16, D7) Villarreal’s European record against Premier League clubs is perfectly balanced (W5, D7, L5), albeit ‘El Submarino Amarillo’ have never faced English opponents on neutral ground. Villlarreal boss Emery could become the first head coach in the Europa League history to win the competition four times. Standing in the Spaniard’s way is United, a side Villarreal have played out four goalless draws against in as many European meetings so far.

Meanwhile, Manchester United have suffered just a single loss in the Europa League knock-out stage this season (W5, D2), courtesy of a 3-2 defeat to Roma in the return leg of their semi-final tie. Given United’s footballing stature, it may come as some surprise that they’ve managed only 16 wins in 61 European fixtures against La Liga clubs (D23, L22). However, Ole Gunnar Solskjaer’s men have already crashed out two Spanish sides in the Europa League knock-outs, putting eight unanswered goals past Real Sociedad and Granada in the last-32 and quarter-finals, respectively. Notably, the ‘Red Devils’ have found the back of the net in 16 consecutive knock-out matches away from Old Trafford in the competition. Worryingly, the Premier League giants have lost each of their last three European finals against Spanish teams. 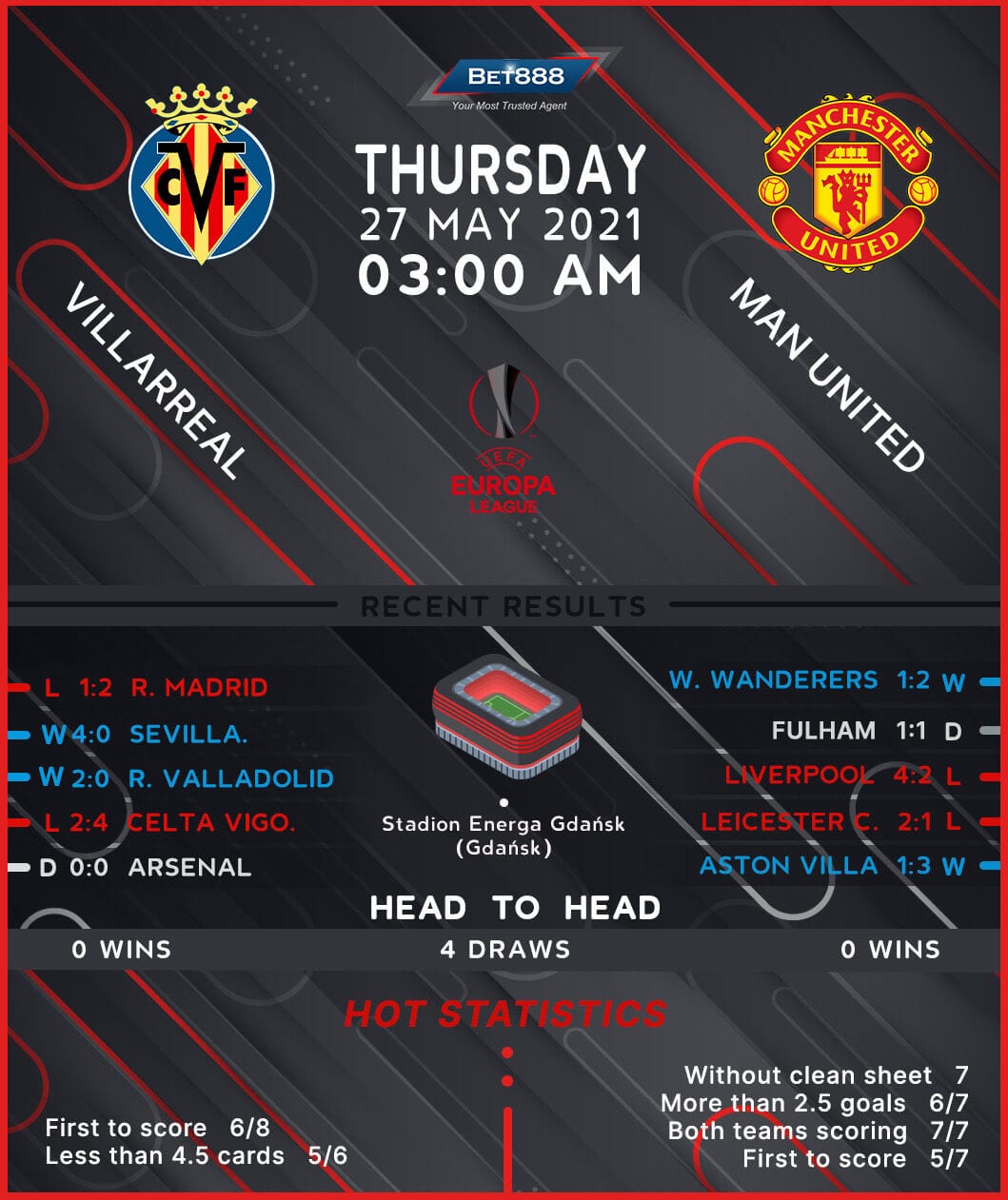