Unai Emery’s men were flawless in the group stage, breezing through as Group I winners with an almost perfect record of five wins and a draw and a whopping +12 goal difference (GF:17, GA:5). The first-leg triumph in Austria puts ‘El Submarino Amarillo’ in a prime position to reach the Round of 16, as they’ve successfully negotiated each of their previous four Europa League ties when winning the first leg away from home. Villarreal have played hosts to RB Salzburg in major European competition twice before (W1, L1), with each result yielding a narrow one-goal margin. Worryingly, though, the Spanish giants have only picked up one victory in their last five home matches in the Europa League knock-out stages (D1, L3), scoring under 1.5 goals on four occasions in that stretch of games.

Meanwhile, Salzburg have joined the Europa League last-32 after finishing third to the likes of Bayern Munich and Atletico Madrid in their UEFA Champions League group. A 2-0 first-leg defeat means ‘Die Roten Bullen’ have conceded over 1.5 goals in six of their seven European fixtures this season, qualifying excluded. Going back to the 2011/12 campaign, Salzburg have faced Spanish opposition in various European competitions on eight occasions, failing to keep a clean sheet in any of those meetings (W1, D2, L5). Topically, they have conceded 2+ goals in each of their last four UEFA trips to Spain. In the Europa League alone, Jesse Marsch’s men have lost each of their last three away matches, returning a -7 goal difference from those trips (GF:2, GA:9). 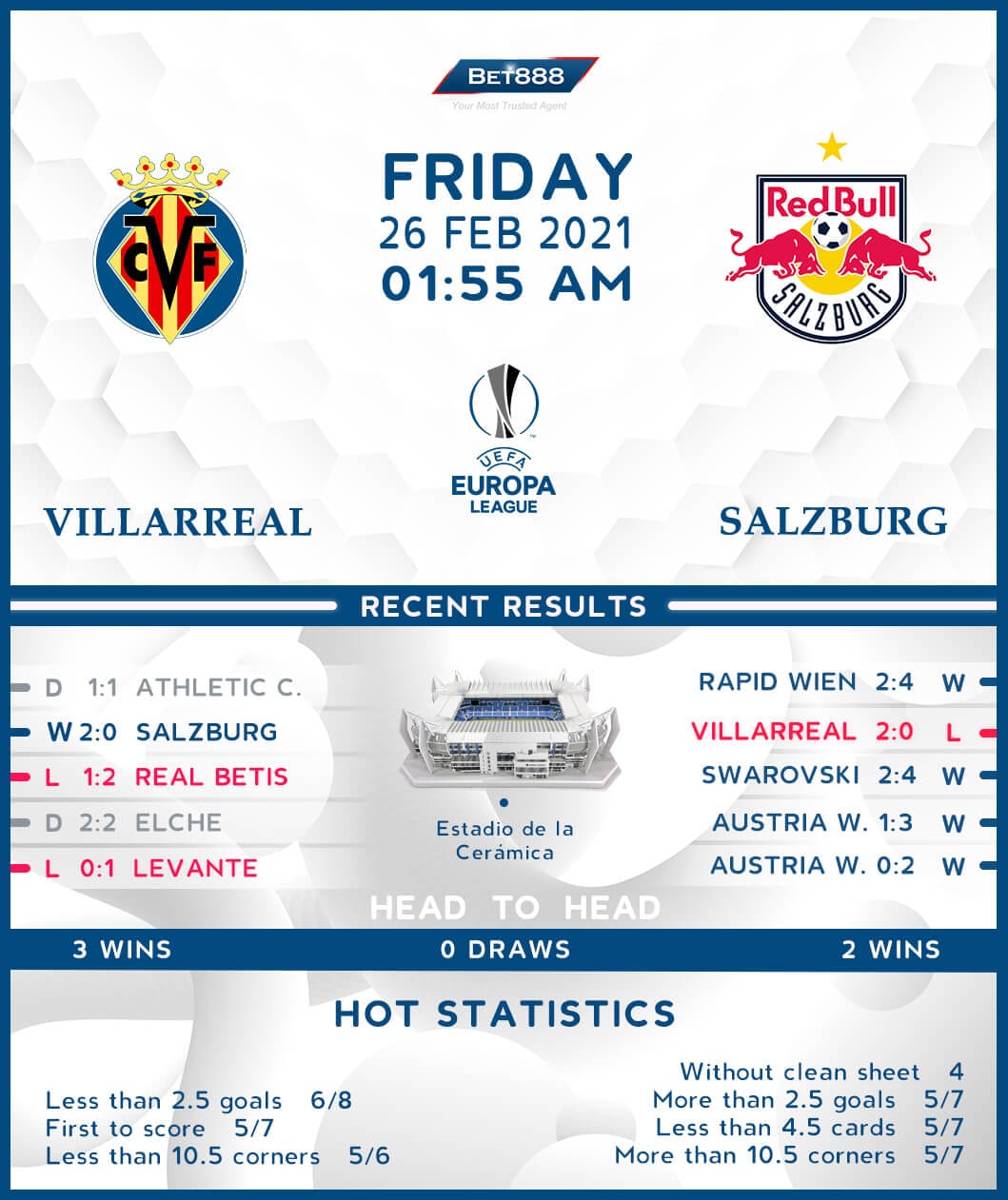