Villarreal and Real Betis go head-to-head at the Estadio de la Ceramica in a potentially high-scoring La Liga affair. Six of their last seven top-flight meetings have witnessed both teams score, with five of them producing 3+ FT goals.

Although unbeaten in six consecutive La Liga games going into this matchday, Villarreal have drawn each of their last four league outings after winning two in a row beforehand. Remarkably, though, ‘El Submarino Amarillo’ take the field as one of only two sides yet to taste defeat on home soil this La Liga campaign (W5, D6), with each of their last four league home matches seeing both teams score. Betis’ visit will be a prime opportunity for Unai Emery’s men to get back to winning ways, as they’ve not only avoided defeat in each of their last ten top-flight H2Hs as hosts (W7, D3) but won their last four such encounters by an aggregate score of 12-3. What’s more, only one of Villarreal’s previous 19 La Liga home fixtures against Andalusian visitors has ended in their loss (W11, D7).

Meanwhile, Betis surrendered a half-time lead to lose 3-2 to Barcelona in their last La Liga match, seeing their five-game unbeaten league streak come to a halt (W3, D2). Away from home, though, ‘Los Verdiblancos’ have gone from back-to-back La Liga defeats to two consecutive league trips without losing (W1, D1), scoring over 1.5 goals in each of their last three such outings. Curiously, seven (63.64%) of Betis’ 11 away La Liga games this season have seen a goal scored inside the final 15 minutes of play, highlighting the potential for plenty of late action. Having that said, only three (21.43%) of their 14 top-flight goals scored on the road this La Liga campaign have come in the first half of play. 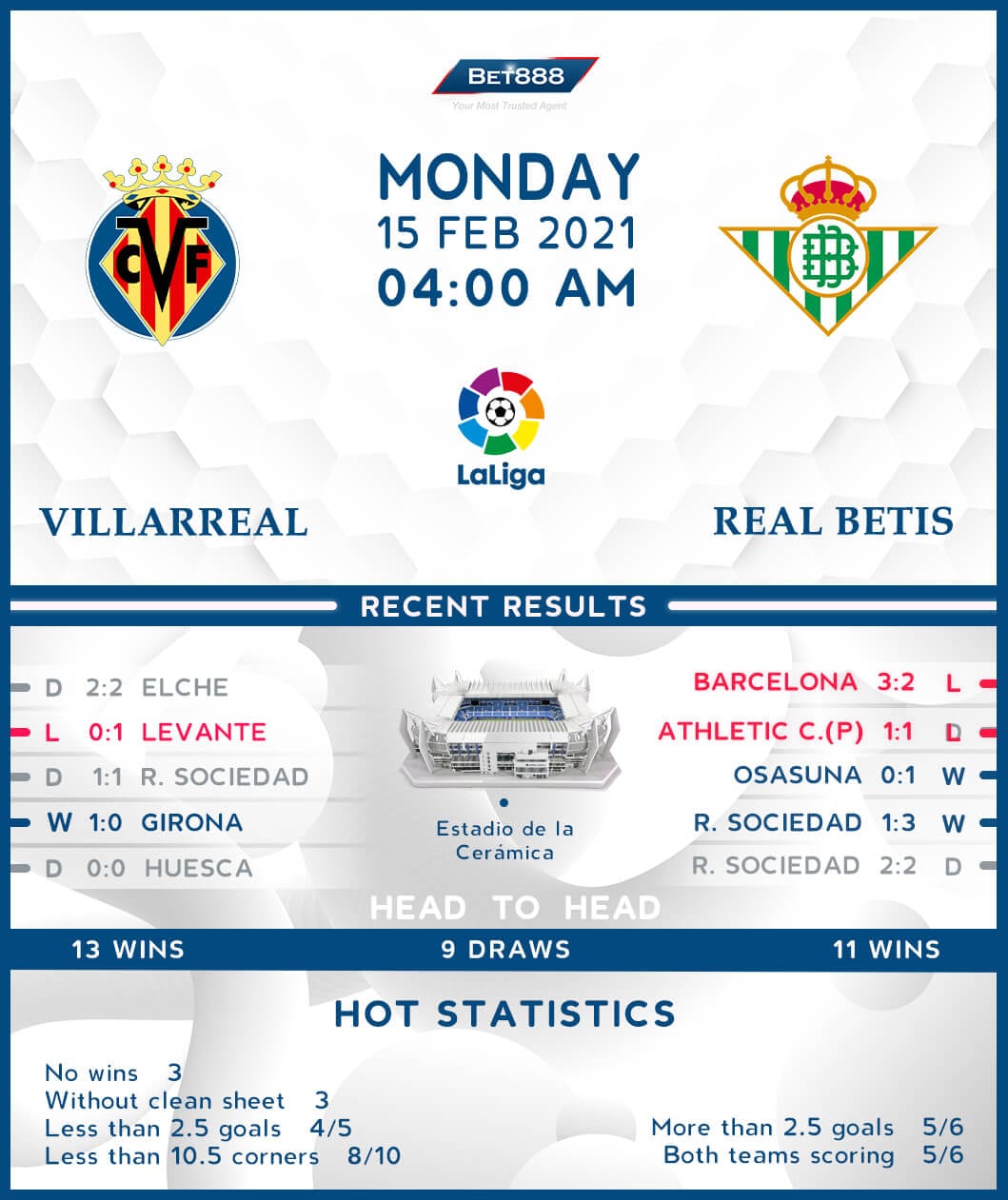