Liverpool take a trip to the Estadio de la Ceramica to meet Villarreal, looking to defend a 2-0 lead and qualify for a third Champions League final in five years.

Villarreal have a Herculean task on their plate as they hope to bounce back from a dismal 2-1 defeat to Deportivo Alaves and break into their first-ever Champions League final. Despite going unbeaten in their last 12 competitive matches at La Ceramica (W8, D4), ‘El Submarino Amarillo’ are betting outsiders to restore parity in their all-time record in two-legged knock-out ties versus Premier League sides (W2, L3). On the bright side, though, Unai Emery’s men are unbeaten in eight of their ten European home fixtures against English visitors (W4, D4), yet one of those defeats came to Manchester United in this season’s group stage. Moreover, Villarreal are winless in all 13 Champions League games against English clubs in the competition proper. Indeed, their last two forays into European knock-out rounds have been curtailed by sides from England.

In the meantime, Liverpool squeezed past Newcastle United 1-0 at the weekend to maintain the pressure on fellow Premier League title-bidders Manchester City, stretching their unbeaten streak in all competitions to 12 matches (W10, D2). What’s more, Jurgen Klopp’s men have avoided defeat in all 13 competitive away games in 2022 (W10, D3), netting 2+ goals in nine (69%) of them. The ‘Reds’ boast a resounding away record in continental action, winning all five Champions League fixtures on hostile turf this season, including a brace of two-goal margin wins over Inter Milan (2-0) and Benfica (3-1) in the last two knock-out rounds. History backs the Merseysiders to reach another major European final, as they’ve come out victorious in all eight previous two-legged knock-out ties in which they won the first leg 2-0 at Anfield. 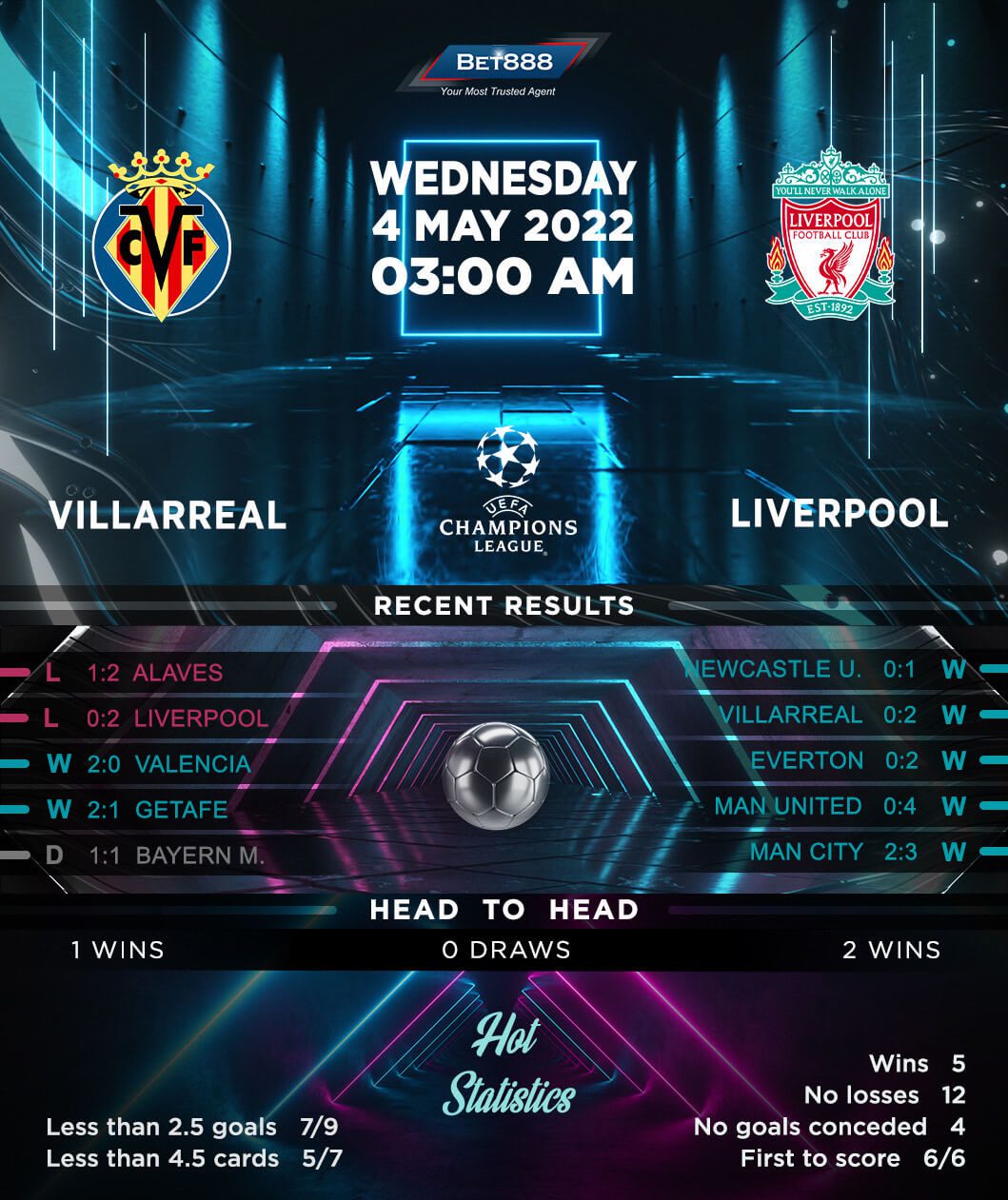