Villarreal boast an almost perfect competitive record in 2021 (W5, D2), having kept a clean sheet in four of their last five matches in all competitions. But, ‘El Submarino Amarillo’ have gone from back-to-back La Liga victories to two consecutive draws, both of which saw the score level at half-time. Estadio de la Ceramica has been a fortress the Villarreal fans have been hoping for this season (W5, D5), with Unai Emery’s men scoring 2+ goals in 60% of their home league outings thus far. As such, they will be confident of ending Real Sociedad’s two-game winning La Liga run at this venue. High scoring could be a theme, as each of their last four top-flight meetings here has seen over 2.5 goals and both teams scoring (W2, L2), with three of them yielding the identical 2-1 scoreline.

On the other hand, Real Sociedad have endured a torrid start to the new calendar year, claiming just one win in their six competitive matches since the turn of 2021 (D2, L3). By extension, Imanol Alguacil’s men have only won once in their last ten La Liga fixtures (D5, L4), scoring under 1.5 goals per game eight times in the process. None of Sociedad’s previous four away league matches have ended in a draw (W1, L3), with each win/loss in that period coming by a single-goal margin. Notably, quick-start ‘La Real’ have scored the opening goal (if any) in seven of their ten La Liga trips this season. However, Sociedad’s inability to fully recover after falling behind has seen them fail to win any of the six league games in which they conceded the first goal (D3, L3). 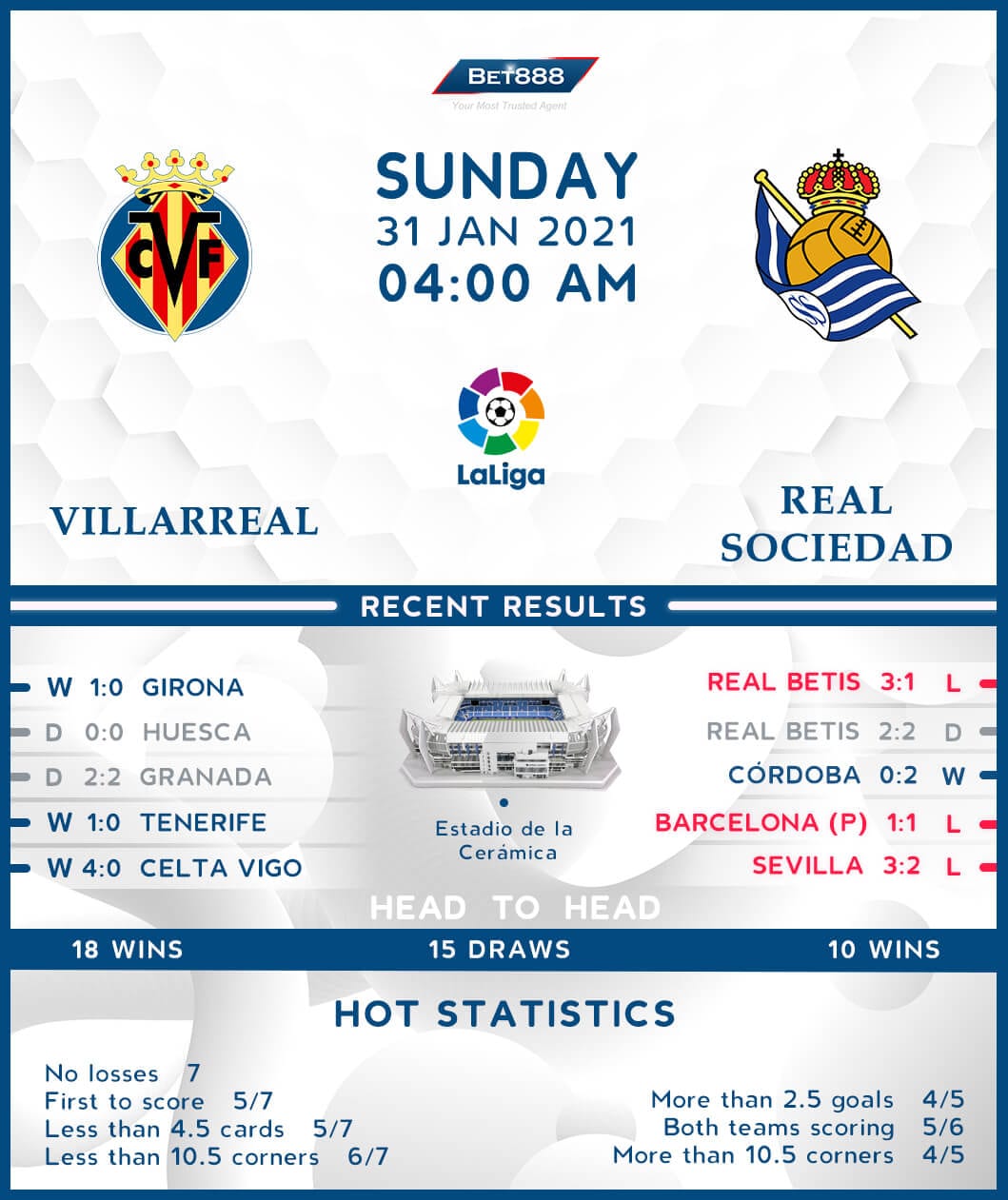