Estadio de la Ceramica is the venue as Villarreal and Sevilla go head-to-head in a handsomely-looking La Liga showdown.

Villarreal have experienced a massive drop-off in form, going from a five-game unbeaten run (W3, D2) to three consecutive defeats in all competitions, all of which saw them concede 2+ goals. Before losing 3-2 to Liverpool in their most recent home outing, ‘El Submarino Amarillo’ had gone undefeated in 12 consecutive home games (W8, D4), netting 2+ goals in 58% of those matches. At home, Unai Emery’s men have lost just one of their six previous La Liga meetings with Sevilla (W3, D2), averaging 2.75 goals per match across the last four. In La Liga alone, Villarreal are unbeaten in ten consecutive home La Liga fixtures (W7, D3) and are one win/draw away from equalling their longest such streak under Emery.

On the other hand, a lack of consistency has seen none of Sevilla’s last 14 competitive matches replicate the same result from the previous one (W5, D5, L4). Despite establishing themselves as the ‘entertainment killers,’ Julen Lopetegui’s men have recently become fun to watch, with their last four La Liga games seeing both teams score in matches garnering 3+ goals. Though they’ve gone unbeaten in eight of their nine La Liga away fixtures in 2022, ‘Los Rojiblancos’ have drawn more league games on the road than any other side in Europe’s top-five divisions in that span (W3, D5). With Sevilla’s nine-game La Liga record against Villarreal reading (W3, D3, L3), another stalemate could be well on the cards. 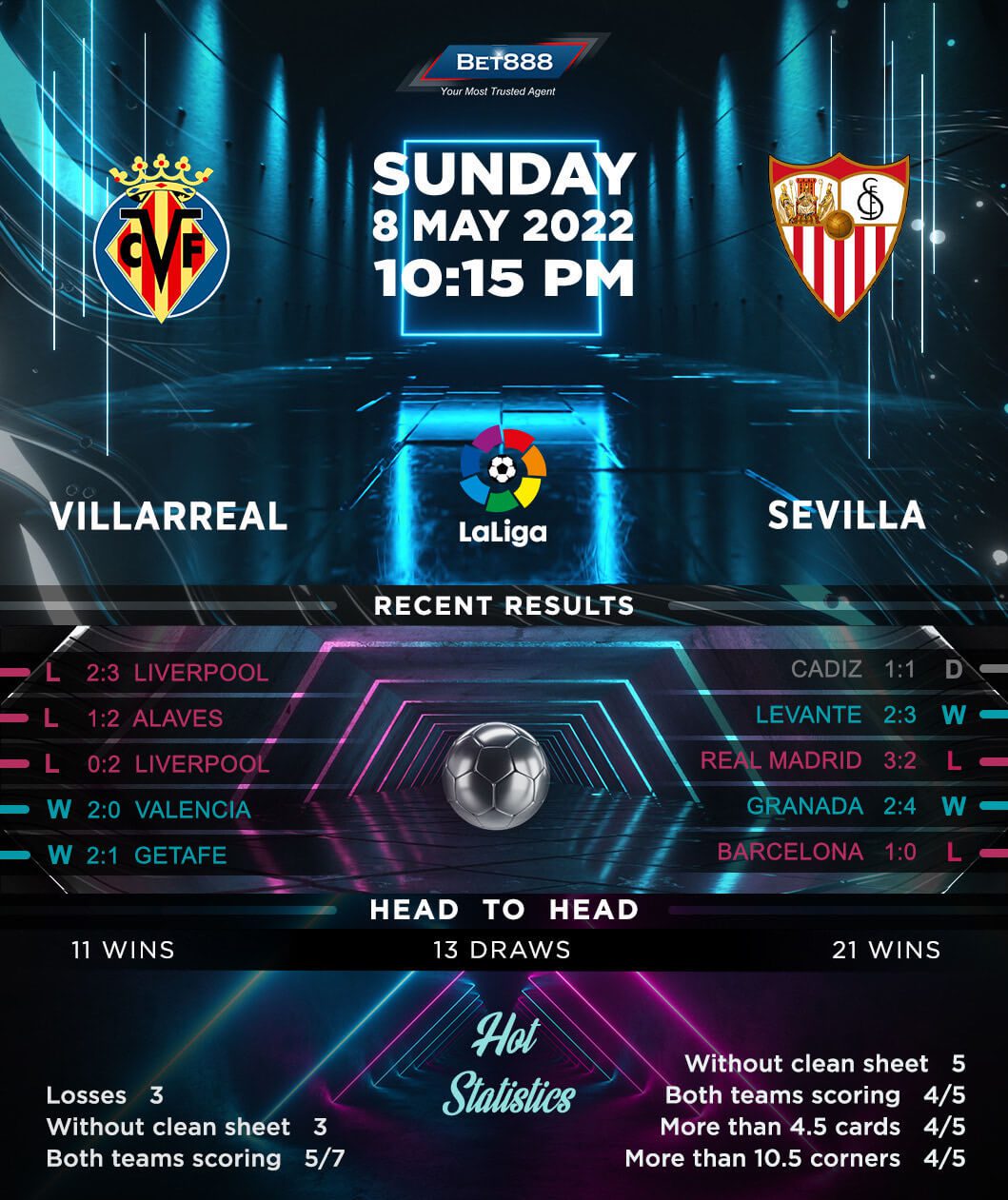