Wales’s warm-up campaign ahead of the rescheduled Euro 2020 continues at Cardiff City Stadium as they take on Albania in an international friendly.

Since being held to a goalless stalemate to the United States in an international friendly back in November 2020, Wales haven’t drawn any of their subsequent six outings (W4, L2). The clean sheet has been a common theme in Wales’ recent matches, as all but one of their last 14 games have seen one or both sides fail to get on the scoresheet, including friendlies. Since succumbing to a 2-1 defeat to Denmark in the UEFA Nations League back in November 2018, the ‘Dragons’ have turned into a force to be reckoned with at home, going unbeaten in their last 12 home games on the trot (W10, D2). Wales’ supremacy on home soil is based on a rock-solid backline that registered nine shutouts during that 12-game stretch.

In the meantime, the visitors have been in fine form lately, suffering just one reverse in their last eight fixtures (W5, D2), courtesy of a 2-0 home loss to England in the World Cup Qualifying back in March. As it’s been the case with Wales, the majority (72.73%) of Albania’s previous 11 games have seen one or both teams fail to score (8), including the last three in a row (W2, L1). On the bright side, Albania’s only previous meeting with Wales in the 21st century resulted in a 1-0 victory back in November 2018. Away from home, the ‘Eagles’ have enjoyed a notable upturn in form, going from three consecutive losses to six road trips without losing (W4, D2), keeping a clean sheet on each occasion! 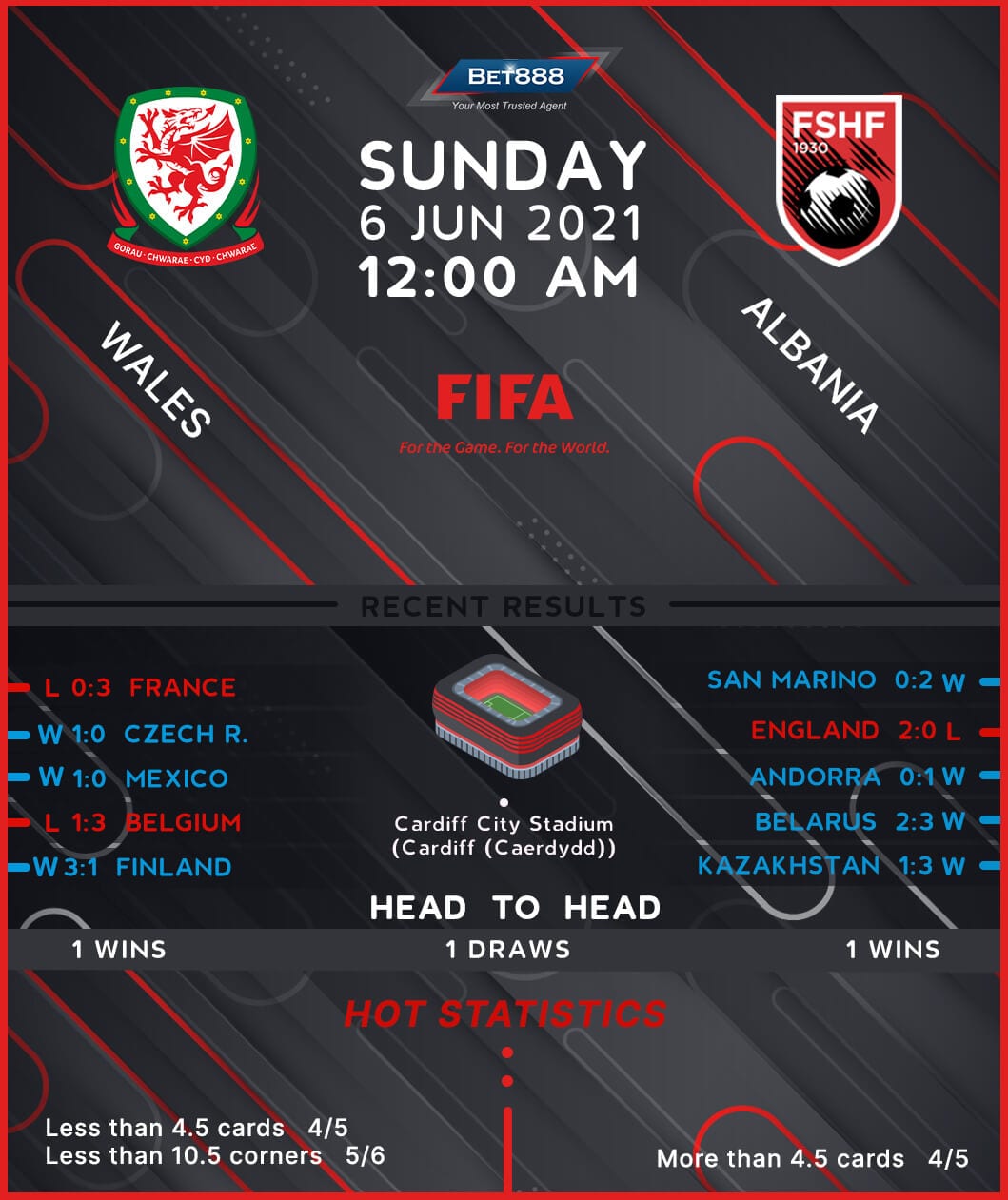