The Euro 2020 Round of 16 gets underway this weekend as Wales and Denmark lock horns in the opening knock-out stage fixture at the Johan Cruijff Arena.

Wales accrued a win, a draw, and a loss from their three group stage fixtures, which proved sufficient to finish runners-up to Italy in Group A and qualify for the European Championship knock-outs for the second tournament running. Looking to replicate their impressive Euro 2016 run that ended in the semi-finals, the ‘Dragons’ are desperate to exact revenge on Denmark after suffering a Nations League double in their last competitive meetings. A draw seems to be out of the picture, considering none of the previous ten meetings between these two sides have ended level (W4, L6). Wales will also have to defy their Amsterdam hoodoo that has seen them lose both of their previous matches in the Netherlands capital ‘to nil.’ But Rob Page can find some courage from his side’s return of just two losses from their last 16 competitive fixtures (W10, D4).

Denmark became the first nation to reach the European Championship knock-outs after losing both of their opening matches of the tournament, running riot against Russia on Matchday 3 (4-1). Notably, Kasper Hjumland’s men registered the highest average of 19.7 shots per game at Euro 2020 so far, though a conversion rate of 8.47% might be a reason for concern. Denmark have managed to qualify for the Euro knock-out stages three times before, advancing to at least quarter-finals on each occasion. Coping with the loss of their talisman Christian Eriksen, ‘Danish Dynamite’ are looking to extend their winning run against Wales in competitive fixtures to four, having scored precisely twice in each of their last three victories in such clashes. With that said, they have netted over 1.5 goals only twice in five internationals, friendlies included. 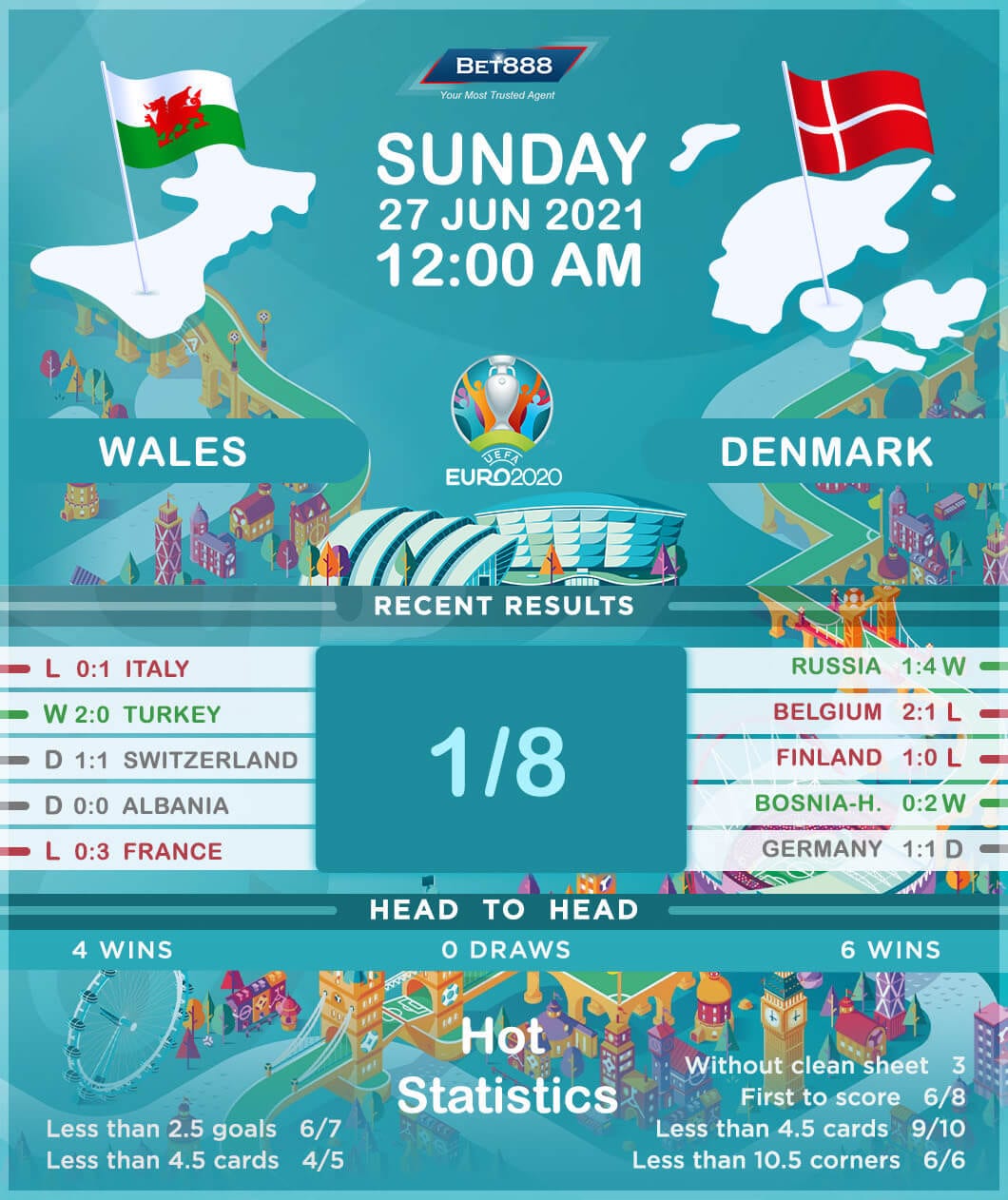