Cardiff City Stadium is the venue as Wales and Mexico go head-to-head in an international friendly fixture.

Coming off the back of a 3-1 thrashing to Belgium in the World Cup Qualifying match, Wales face another daunting task in the shape of a Mexico side they have failed to beat in all three H2Hs (D2, L1). Before succumbing to FIFA’s number one team, Rob Page’s men had kept four clean sheets in five matches, all of which featured under 1.5 FT goals. Including competitive and friendly fixtures, the ‘Dragons’ are unbeaten in ten consecutive home games (W8, D2), registering a shutout on seven occasions. However, a lack of firepower in the front third has seen Wales net under 1.5 goals in nine of their last 12 matches on home soil, though they scored three times in their most recent home game (3-1 win over Finland).

Meanwhile, since finding themselves on the receiving end of a 4-0 walloping to Argentina in an international friendly back in September 2019, Mexico have hit the ground running, racking up nine victories in their subsequent ten outings (D1). When they win, it tends to be in a convincing manner, as seven of their last ten triumphs were accompanied by a winning margin of 2+ goals, with six yielding a clean sheet too. Additionally, the Mexicans have won each of their previous four fixtures on foreign soil, with three of those successes coming by at least a two-goal margin. None of Mexico’s last five meetings with UEFA nations have ended in a stalemate (W3, L2), with each result (win/loss) in that sequence seeing the winner on the day preserve a blank sheet and four of them featuring under 2.5 total goals. 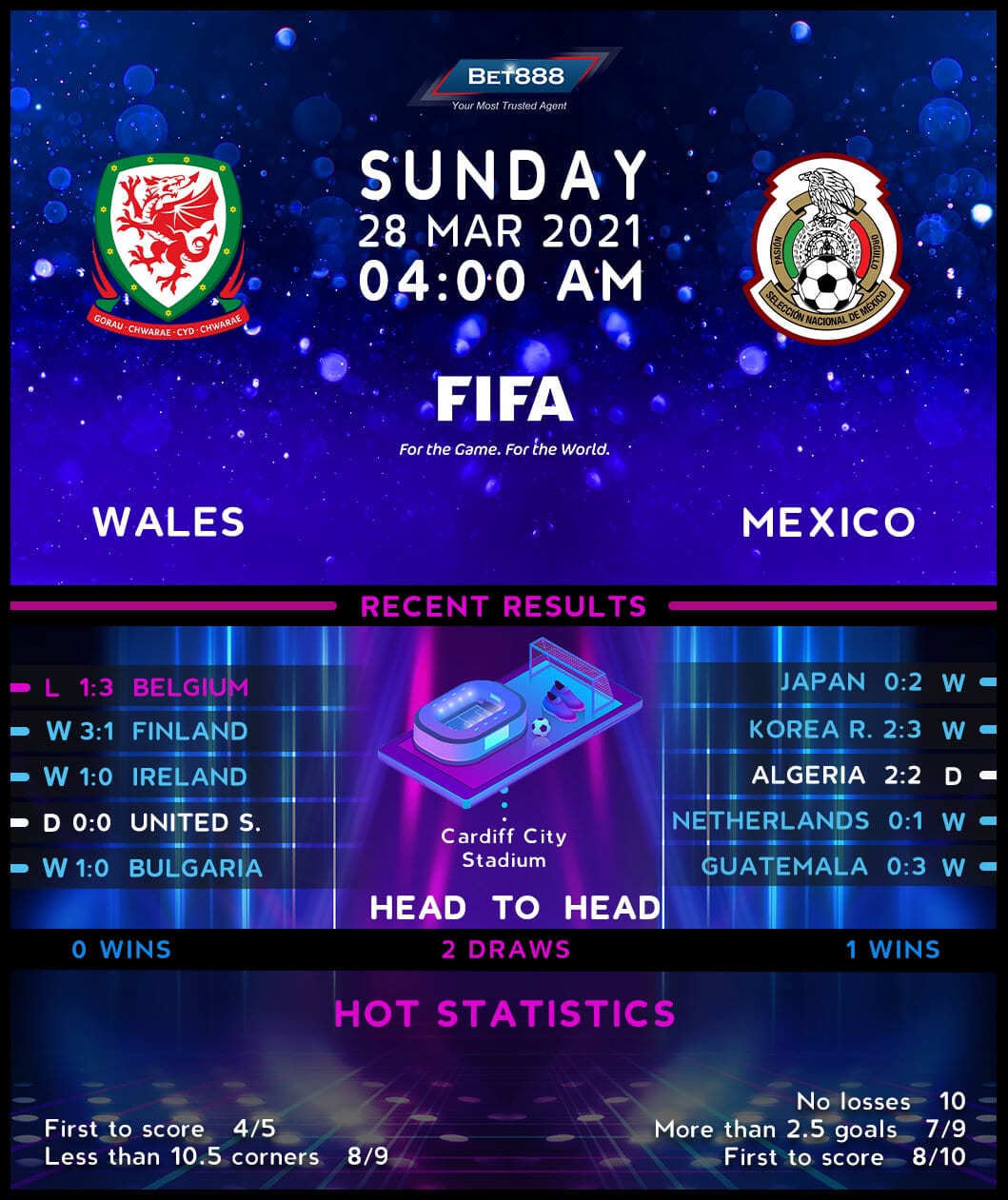