Vicarage Road is the venue as relegation-battling Watford take on high-flying Arsenal in a high-stake Premier League fixture.

Watford defied the odds to hold Manchester United to an uneventful goalless draw at Old Trafford last time out, as they remain on a single win from their last 14 Premier League fixtures (D3, L10). Then it comes as no surprise that the ‘Hornets’ are stuck in the relegation zone, three points adrift of safety. Since Roy Hodgson replaced Claudio Ranieri on the touchline in January, Watford have failed to get on the scoresheet in four of their six Premier League matches, netting precisely one apiece across the other two. Indeed, only two sides have scored fewer goals than the ‘Hornets’ (25) this Premier League season. To make things worse, 48% of those goals have come at Vicarage Road, where Watford have lost their last seven league games.

On the other hand, Arsenal came from behind to beat fellow European bidders Wolverhampton Wanderers 2-1 last time out, making it three Premier League wins in a row. Additionally, the ‘Gunners’ have rediscovered their away form of late, winning each of their last three league matches on the road after picking up just two triumphs from their opening eight top-flight travels this season (D1, L5). Delivering action from the get-go, Mikel Arteta’s men have opened the scoring in their last five Premier League away matches, their longest such streak in the competition since 2015. After breaking the deadlock in 14 of their 15 Premier League meetings with Watford, Arsenal will feel confident about extending their impressive ongoing run. What’s more, the Londoners have found the net in all 15 Premier League encounters against this opposition, further adding to their confidence. 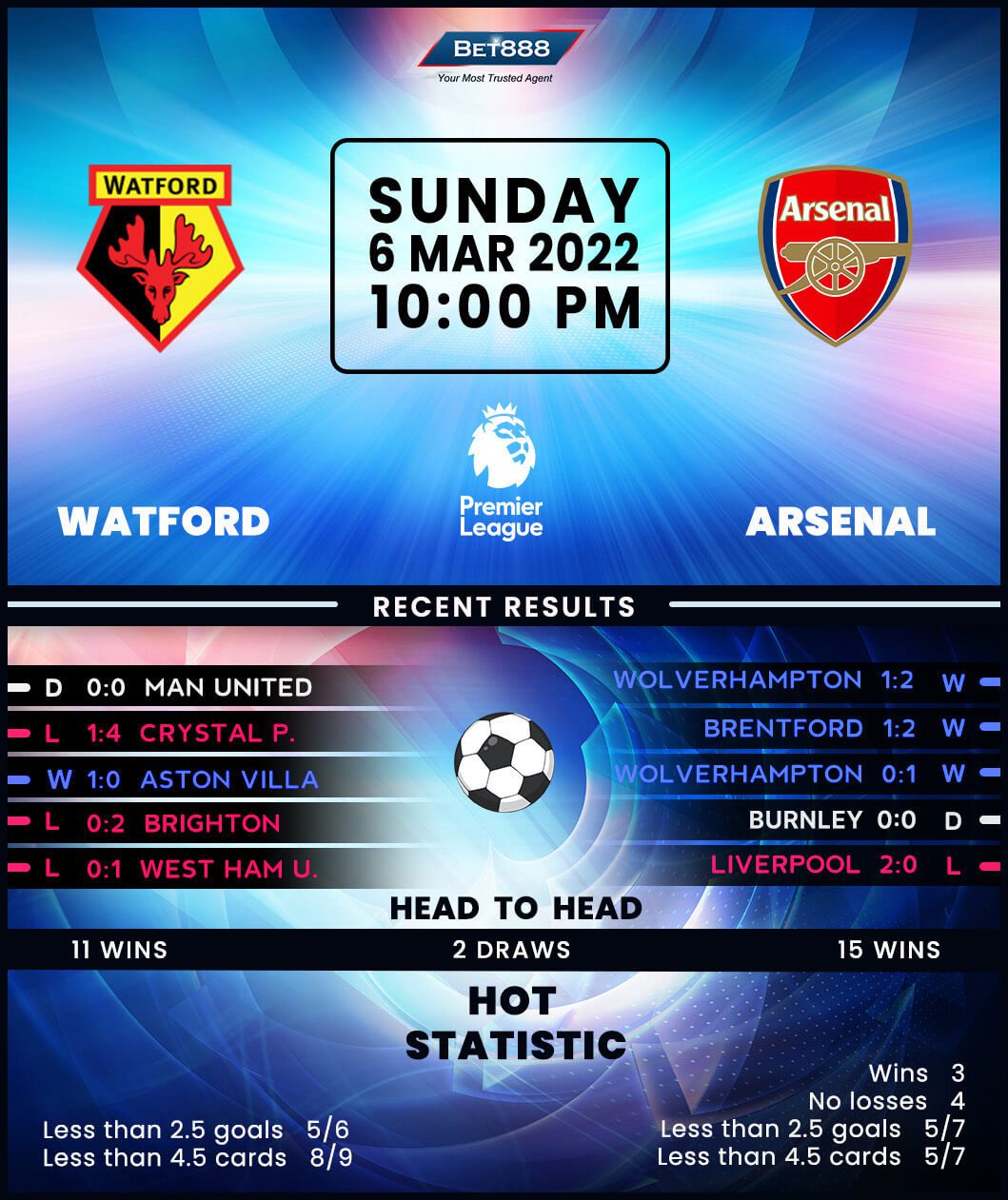