Watford and Norwich City are set to lock horns in the Premier League relegation six-pointer at Vicarage Road.

Watford’s relegation showdown versus Burnley was postponed in midweek for the second time running, giving the ‘Hornets’ extra few days to rally their troops ahead of Norwich’s visit. Joao Pedro’s last-gasp equaliser fired Watford to a 1-1 draw at Newcastle United last time out, helping his side halt a run of seven consecutive Premier League defeats. Back to Vicarage Road, Claudio Ranieri’s men will be looking to end a four-game losing home streak in the Premier League and build on their recent H2H record versus Norwich. Indeed, they have won each of their last three competitive home encounters against this opposition, keeping a clean sheet twice in the process. What’s more, they have only lost one of their previous eight league matches against Norwich in league action (W5, D2), courtesy of a 3-0 reverse in the Championship in February 2015.

In the meantime, Norwich City pulled off a vital 2-1 home triumph over an out-of-sorts Everton last time out, ending a run of six Premier League defeats without scoring. Under-fire boss Dean Smith is now looking to become the first Norwich manager since Alex Neil in April 2016 to win back-to-back Premier League matches. However, the ‘Canaries’ have developed a habit of surrendering the points away from home, picking up just one win from their ten top-flight travels this season (D2, L7). Indeed, no team has scored fewer Premier League away goals than Norwich (3) this term, while the visitors’ tally of 25 goals conceded on the road is a comfortable league high. Moreover, they have scored the opening goal on fewer occasions (2) than any other Premier League side this season, which remains another glaring issue Smith has to resolve as soon as possible. 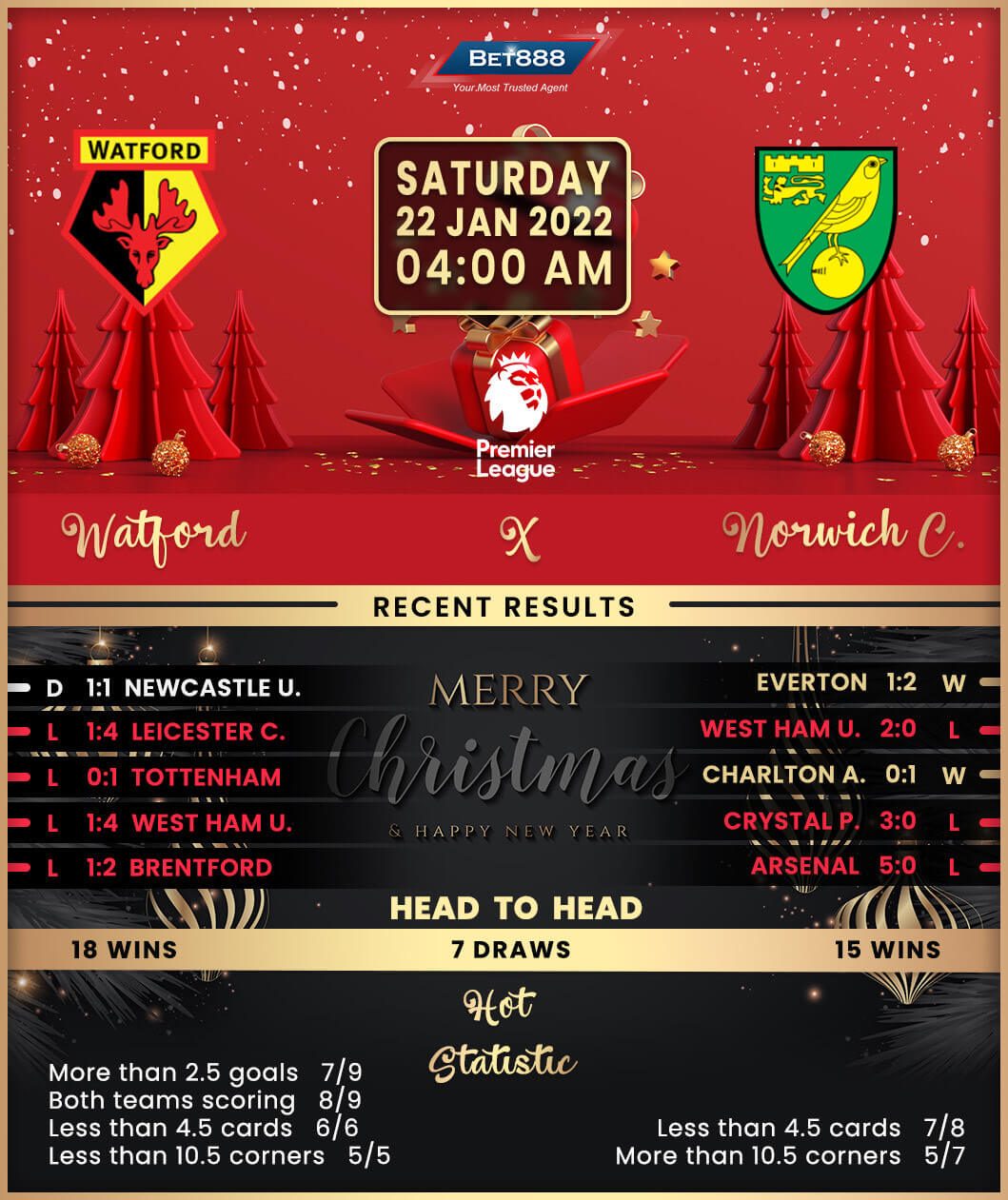