Midweek’s 2-0 away success at Arminia Bielefeld saw Werder Bremen take their unbeaten Bundesliga streak to three matches (W2, D1) and keep a clean sheet in a league match for the first time in four outings. However, Werder’s resolve will be put to the test against a side they have failed to beat in their last 28 Bundesliga meetings (D4, L24), returning a disastrous -67 goal difference from those fixtures (GF:18, GA:85). Furthermore, their tally of 12 consecutive home defeats to Bayern Munich in all competitions is the worst in the history of German football. Worryingly, Florian Kohfeldt’s men have netted the second-fewest three first-half goals at home this season. However, ‘Die Werderaner’ are undefeated in their last four home Bundesliga games (W2, D2), keeping a clean sheet twice in the process.

Ahead of the kick-off, the ‘Bavarians’ have gone from two consecutive Bundesliga matches without winning (D1, L1) to back-to-back victories, both of which have seen them score 4+ goals. Away from home, none of Bayern’s last six league games have ended in a draw (W4, L2), with five of those results (win/loss) yielding a narrow one-goal margin. Even if they concede the opening goal, Hansi Flick’s men should have sufficient character to bounce back, notably rescuing the league-highest 19 points from losing positions this term (GP:11 – W5, D4, L2). Only Stuttgart (26) have scored more away Bundesliga goals than Bayern (25), though it’s worth noting that the reigning champions bagged precisely one per game in three of their five top-flight trips this calendar year. 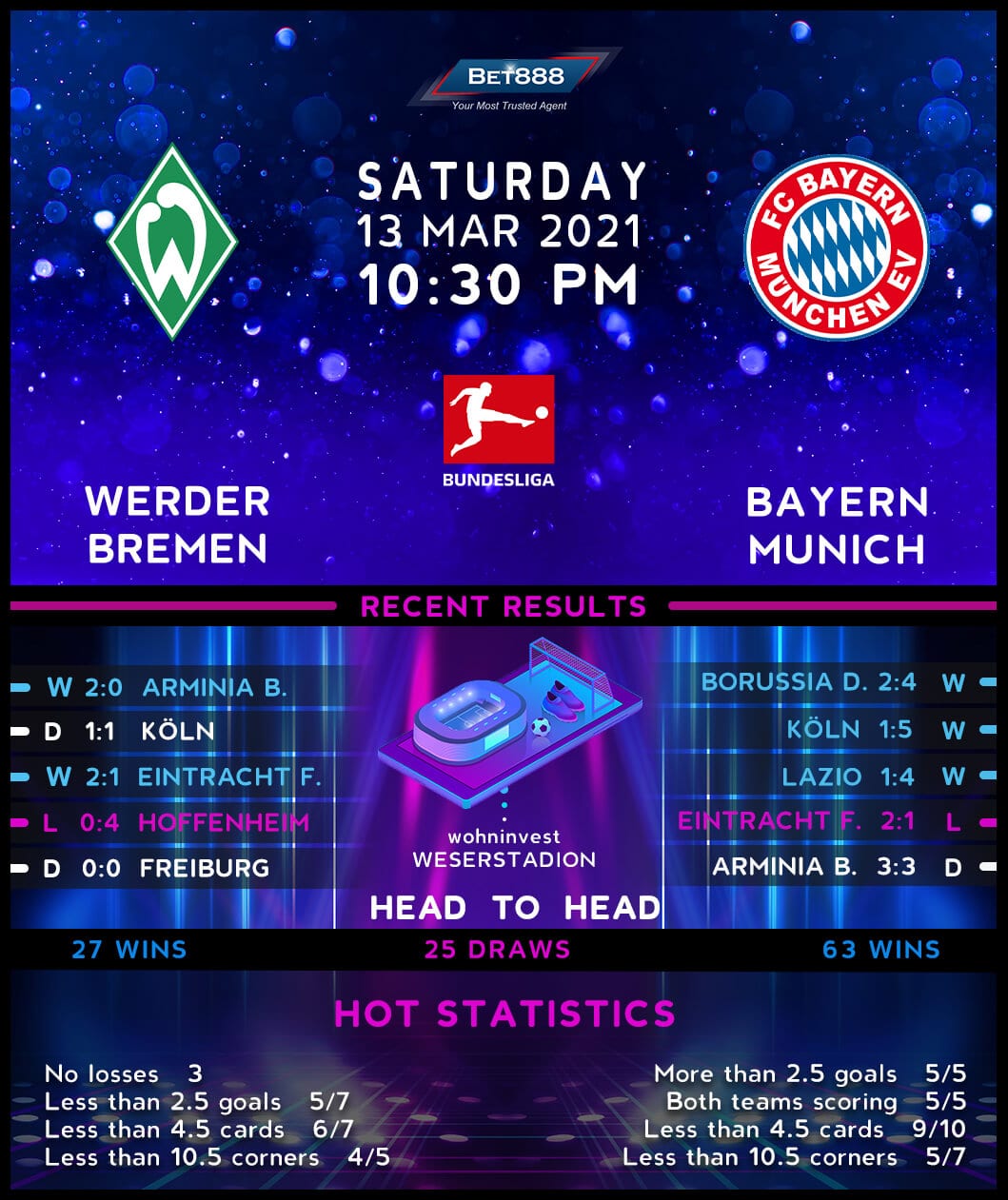