High-flying Eintracht Frankfurt travel to the Weserstadion to take on out-of-sorts Werder Bremen in an exciting Bundesliga match-up.

Werder have only won two of their eight Bundesliga matches since the calendar flipped to 2021 (D3, L3), with 62.5% of those games seeing one or both sides fail to get on the scoresheet. ‘Die Werderaner’ have faltered at home this season, sealing just two victories in ten Bundesliga fixtures at Weserstadion (D4, L4) and bagging under 1.5 goals nine times in the process. Ahead of the kick-off, Werder remain one of only two German sides yet to hit double digits in terms of the goals scored at home (9), frustratingly registering a league second-low three first-half home goals netted. Against this backdrop, Florian Kohfeldt’s men have notched up precisely two goals per game in two of their last three top-flight H2Hs as hosts (W1, D1, L1).

Meanwhile, Frankfurt’s 2-1 home triumph against league-leaders Bayern Munich last time out extended their winning run in the Bundesliga to five matches. Notably, no team has returned more Bundesliga points than Eintracht (25) since the turn of 2021, with Adi Hutter’s men only dropping points in a 2-2 away draw with Freiburg on Matchday 17. By extension, ‘Die Adler’ are unbeaten in 11 consecutive top-flight fixtures (W9, D2), scoring 2+ goals on each occasion in the process. Topically, only three sides have netted more goals on the road than Frankfurt (24) this Bundesliga campaign, with ‘Launische Diva’ firing in the division third-high 13 second-half away goals. The visitors are likely to add to their impressive tally now, as they take on a team they’ve scored over 1.5 goals against in each of their last four Bundesliga meetings held at this venue 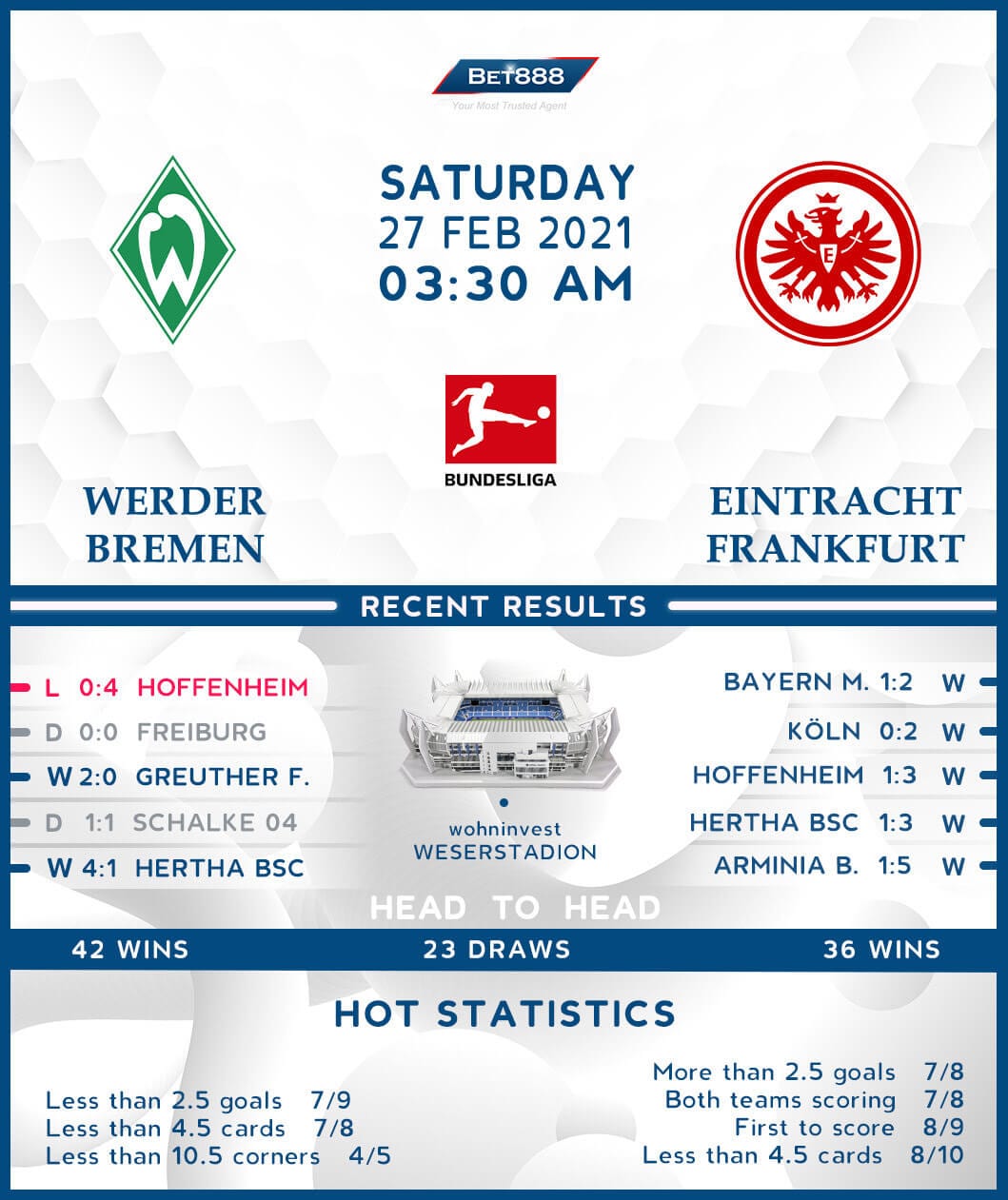