RB Leipzig head to the Weserstadion to take on out-of-sorts Werder Bremen, looking to stretch their winning Bundesliga run against this opposition to four games.

A dismal 1-0 defeat at Stuttgart last time out gave Werder a third consecutive Bundesliga loss, as many reverses as they had in their previous 12 outings in the competition (W5, D4, L3). Although they harbor faint hopes of avoiding defeat here, Werder will have to defy their disastrous recent H2H record against the sides starting the day in the top two (GP10 – D2, L8). As ever, starting well will be a priority for Bremen, especially considering they have lost 71.43% of the Bundesliga fixtures in which they conceded first this season (GP14 – W1, D3, L10). Worryingly, though, ‘Die Werderaner’ have registered just 30.77% of their total league goals scored at home this term in the first half of play. Furthermore, they lament the division’s fourth-worst record of only 13 Bundesliga goals netted at home this season.

Meanwhile, a lackluster 1-0 home loss to Bayern Munich last time out inflicted a devastating blow on Leipzig’s title hopes, as they take the field trailing top-placed ‘Bavarians’ by seven points. Yet, ‘Die Roten Bullen’ have gone into overdrive since succumbing to a 3-2 defeat to Mainz on Matchday 18, scoring ten unanswered goals in their subsequent four Bundesliga trips and winning each of them. However, since earning Bundesliga promotion in 2016, Leipzig have only won once in their four top-flight visits to Bremen (D1, L2), netting under 1.5 goals on three occasions. Julian Nagelsmann’s men have been relentless in preserving a half-time lead this season, notably winning all ten Bundesliga fixtures in which they were ahead at the break. Moreover, they have only lost one of four three league games in which they were behind at the interval (W1, D2, L1). 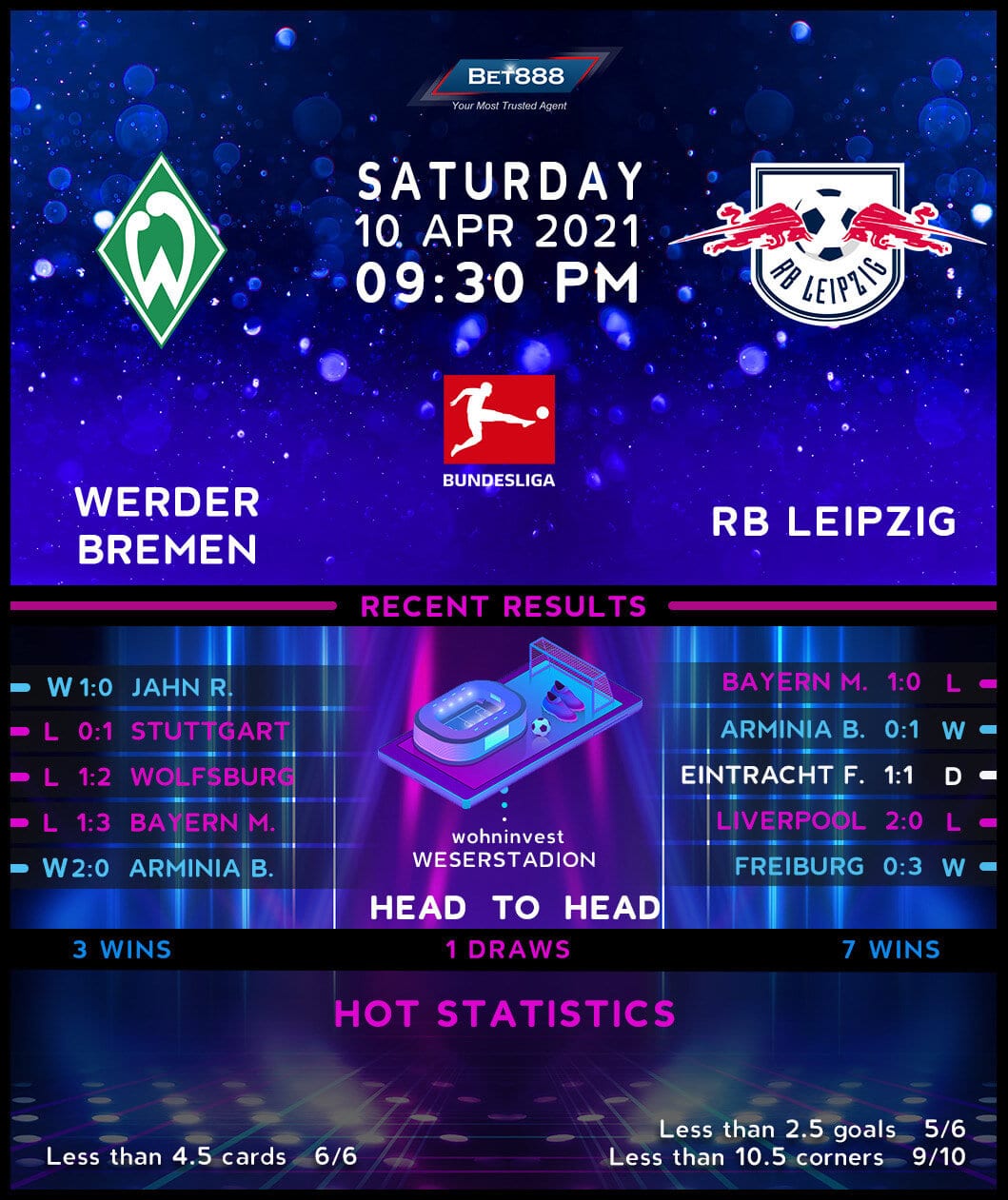