The hosts have been relentless en route to setting up this semi-final tie, easing past lower-league outfits CZ Jena, Hannover 96, Greuther Furth, and Jan Regensburg in the previous rounds. Notably, Werder have yet to concede a goal in this season’s DFB Pokal, having scored eight on the other end of the pitch. However, Leipzig will be their first top-flight opposition in the competition this term. Worryingly, though, Florian Kohfeldt’s men have lost their last four competitive meetings with Leipzig by an aggregate score of 12-1, with three of those defeats yielding a losing margin of three goals. Coming into this encounter, ‘Die Werderaner’ have suffered four consecutive defeats in the Bundesliga, three of which saw them concede 3+ goals. Furthermore, Werder failed to score before half-time three times during that same four-game sequence.

Meanwhile, Leipzig have made light work of their DFB Pokal campaign thus far, ousting Nurnberg, Augsburg, Bochum, and Wolfsburg by an aggregate score of 12-0. Seeking their first title under outgoing Julian Nagelsmann, ‘Die Roten Bullen’ could get past the DFB Pokal semi-finals for the first time since losing 3-0 to Bayern Munich in the 2018/19 final. Ahead of the kick-off, none of Leipzig’s last nine competitive away matches have ended in a draw (W5, L3), with 62.5% of those fixtures yielding a winning/losing margin of 2+ goals. Notably, the visitors have found the net in 13 consecutive road trips across domestic competitions, bagging over 1.5 goals in six of the last eight. The clean sheet has been a common theme in Leipzig’s recent competitive games as four of the last six have seen one or both sides fail to score (W3, D1, L2). 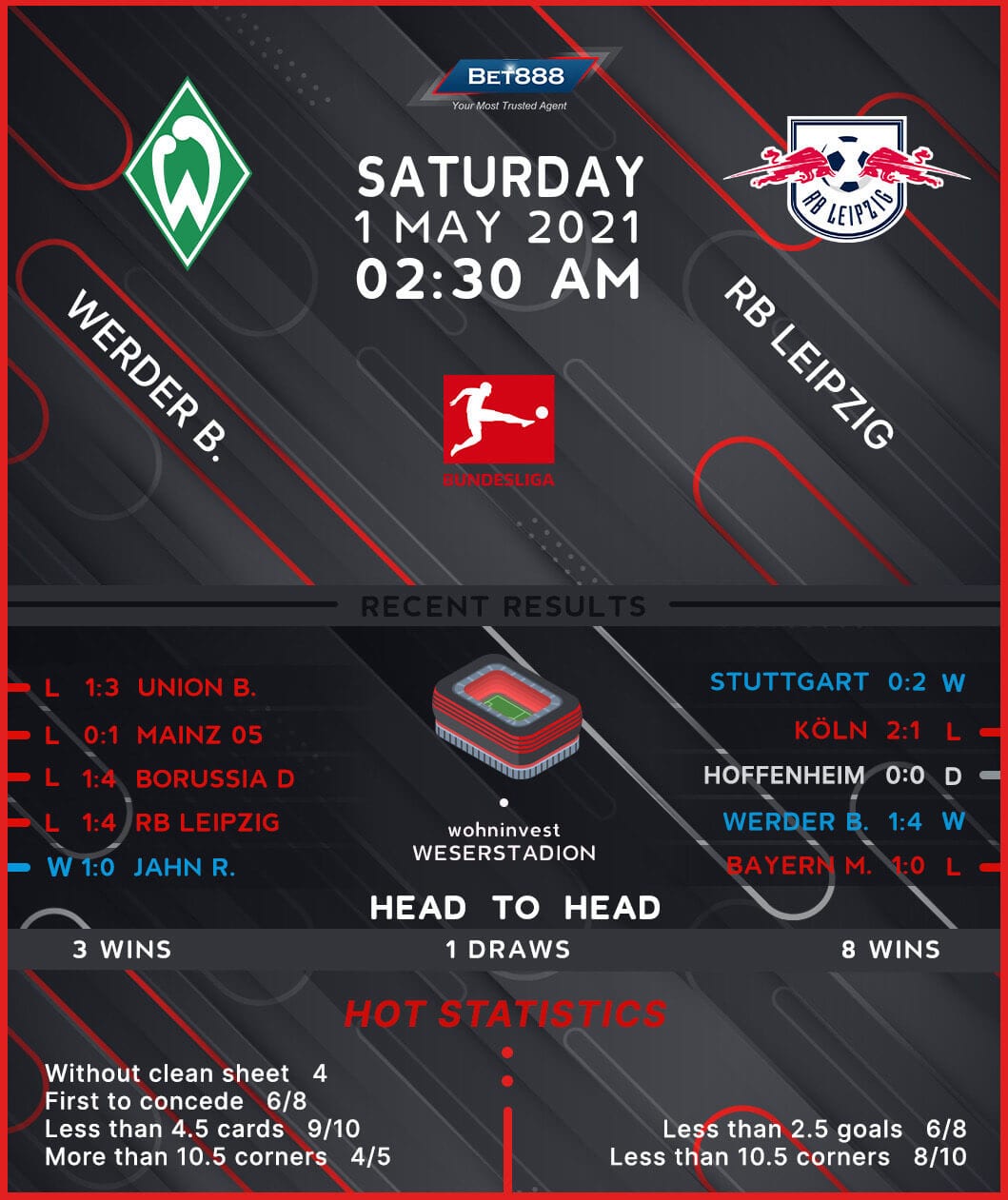