Werder Bremen will be looking to bring a three-game winless Bundesliga run against Stuttgart to an end (D1, L2) when the two teams meet at the Weserstadion.

Before succumbing to a 5-3 defeat to Werder Bremen last time out, Werder Bremen had played out five consecutive Bundesliga draws, all of which came by the same 1-1 scoreline. Indeed, despite failing to keep a clean sheet in eight of their opening nine league fixtures, they have restricted their opponent on the day to one single goal on six of those occasions. Quick-fire Werder have got on the scoresheet first in two-thirds of their Bundesliga matches this term (6/9) and have lost just one of the three league games in which they conceded the opener (D2). However, a lack of ruthlessness in front of goal has seen ‘Die Werderaner’ score precisely one goal per match in their opening four home Bundesliga outings, with the last three of them featuring under 2.5 total goals.

Meanwhile, before suffering a 3-1 home defeat to Bayern Munich last weekend, Stuttgart had gone unbeaten in seven Bundesliga fixtures (W2, D5), six of which saw both teams get on the scoresheet. Away from home in the Bundesliga, ‘Die Schwaben’ have yet to taste defeat this term, though they’ve gone from back-to-back wins to two consecutive draws. Yet, Pellegrino Matarazzo’s men have shipped the opening goal within 30 minutes in three of their four league road trips so far. It will be a daunting prospect for Stuttgart to pick up the three points here, as they take on a side they have failed to beat in each of their last 11 top-flight H2Hs held at this venue (D5, L6). It’s worth noting that four of their five previous such contests have contained under 2.5 total goals. 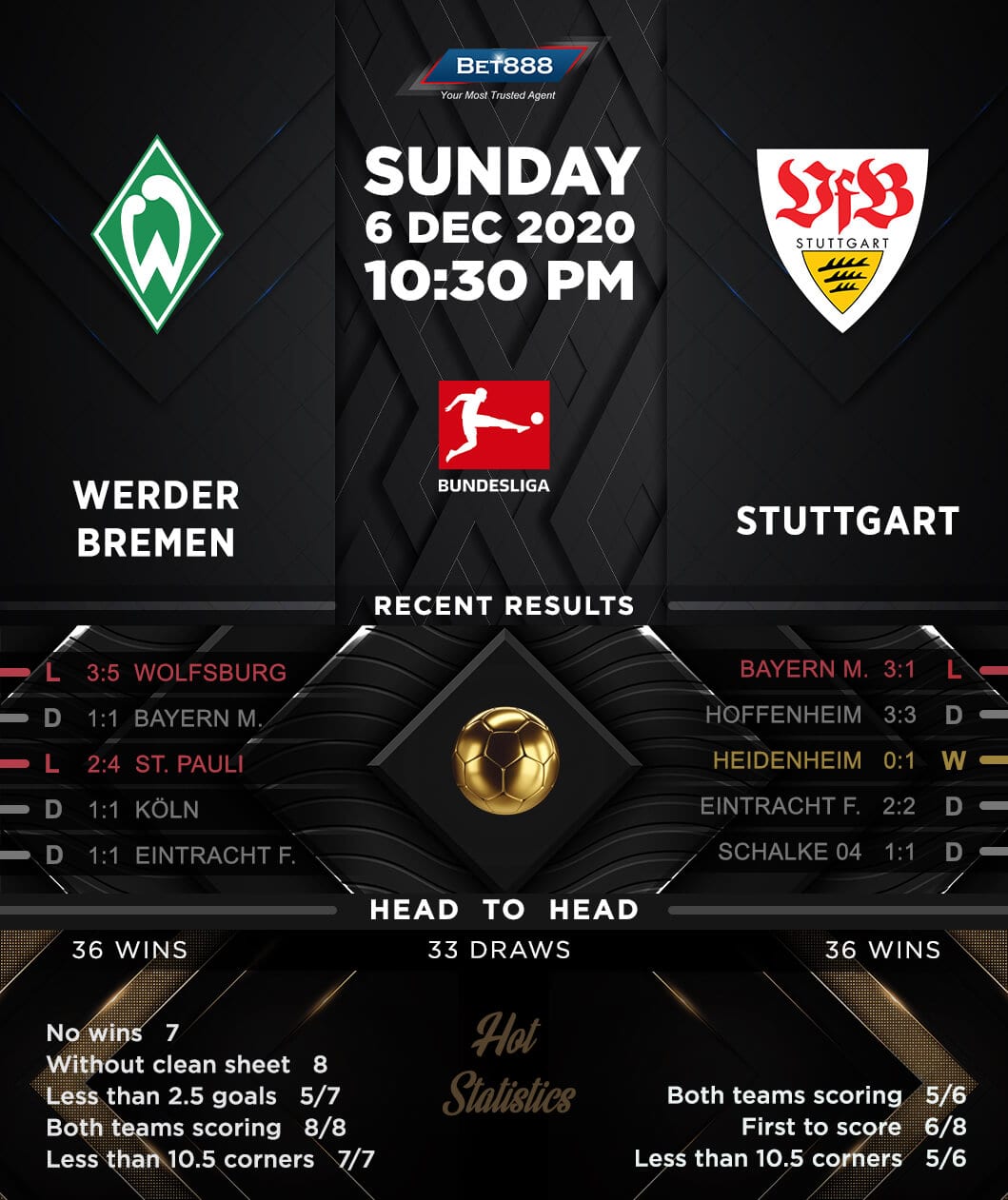