Weserstadion is the venue, as Werder Bremen and Union Berlin meet in only their third Bundesliga clash.

A narrow 1-0 away victory over Mainz 05 in their final Bundesliga game of 2020 marked Werder’s first top-flight success since a 1-0 win over newly-promoted Arminia Bielefeld on Matchday 3 (D5, L4). However, a lack of firepower up front has now seen ‘Die Werderaner’ score under 1.5 goals in ten of their last 11 Bundesliga fixtures, accruing a league sixth-low 16 goals in total. Curiously, Florian Kohfeldt’s men have netted precisely one goal per game in each of their six home league matches this season, failing to land all three points in their last four such outings (D2, L2). Werder lament another unwanted record, as their tally of ten home Bundesliga defeats in 2020 is the club’s worst ever, and a joint-high with Mainz.

Meanwhile, Union Berlin picked up a stunning 2-1 home triumph over Borussia Dortmund at the end of 2020 to bring a four-game winless Bundesliga streak to an end (D3, L1). High scoring has been a theme for Union lately, as each of their six previous league fixtures has seen both teams score, with five producing over 2.5 goals. In turn, all six of their away league fixtures have featured both sides scoring, with the last four yielding over 2.5 total strikes. Notably, ‘Die Eisernen’ have found the net in 14 consecutive Bundesliga games and are by far the most dangerous team in the context of headed goals. Indeed, they have notched up a league-high nine headers in the German top-flight this term. In the meantime, Urs Fischer’s men have registered 72.22% of their Bundesliga goals conceded in the second half of play (13/18). 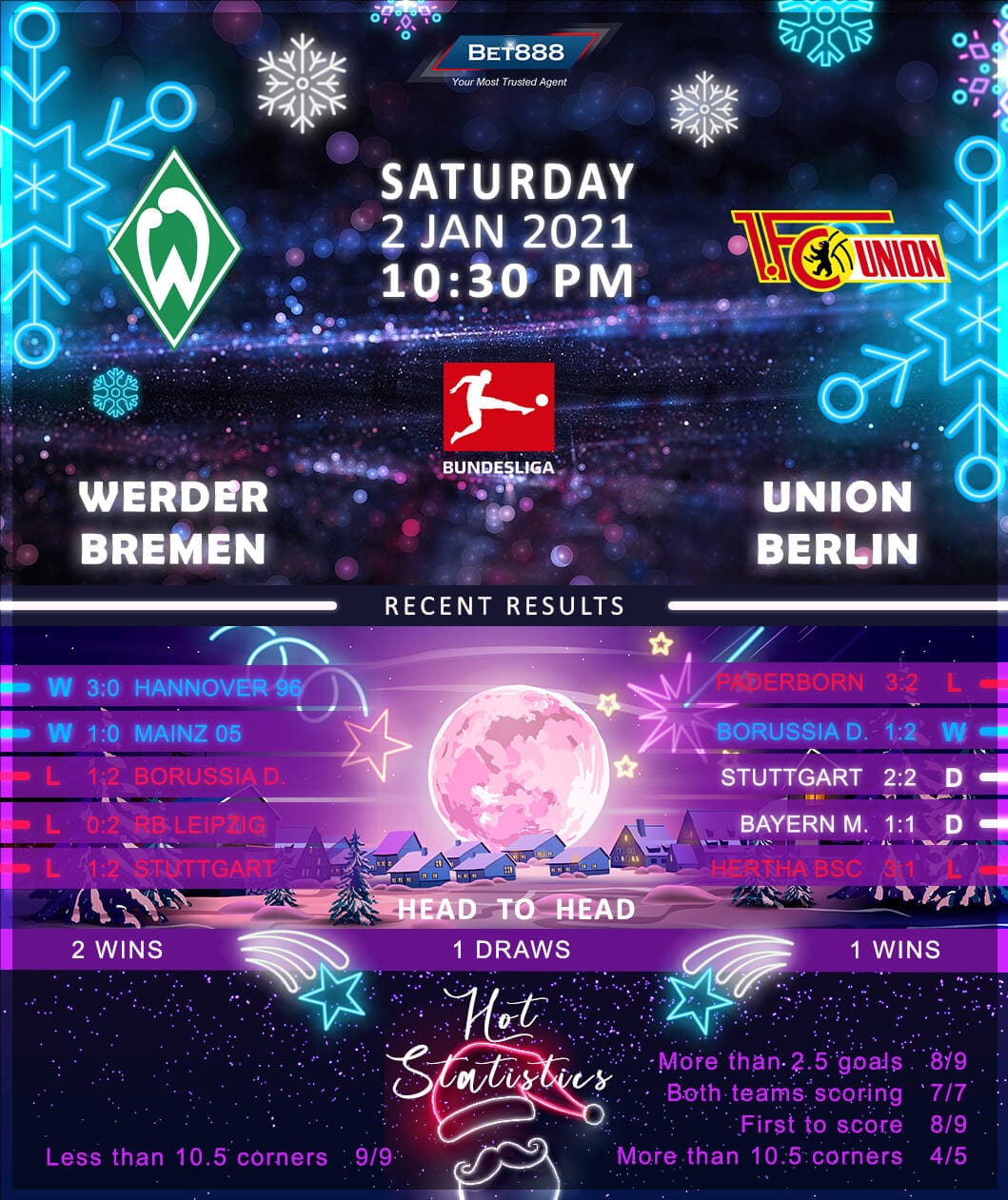