Relegation-threatened West Bromwich Albion welcome a high-flying Manchester City side to The Hawthorns, hoping to put an end to their four-game losing Premier League home streak.

It’s been a dreadful Premier League campaign for West Brom thus far, as they take the field after winning just two of their 19 league matches this season (D5, L12). It will be a daunting prospect for WBA to get their season up and running here, as they meet a side they’ve failed to beat in each of their last 18 Premier League matches (D2, L16)! Another worrying fact is that the ‘Baggies’ have conceded the opening goal in the division-high 14 games this term, avoiding defeat in just three such contests (D3, L11). Surprisingly for this stage of the season, Sam Allardyce’s men have not scored a single second-half goal at home in the Premier League, mustering all five home league goals netted so far in the first half of play.

As for Manchester City, they performed a late comeback to defeat lower-league side Cheltenham 3-1 in the FA Cup weekend, extending their winning run in all competitions to ten games! In the Premier League alone, Pep Guardiola’s men have gone unbeaten in ten matches (W8, D2) since losing 2-0 to Tottenham Hotspur on Matchday 9, keeping a clean sheet on eight of those occasions! Indeed, the ‘Sky Blues’ boast the best defensive record in the English top-flight this season, having registered a shutout in 55.56% of their 18 league fixtures thus far, letting in only 13 goals in total! However, the visitors have won just four of their eight Premier League trips this term (D3, L1), scoring an average of only 1.25 goals per away league game in the process. Curiously, though, eight of their ten Premier League goals netted on the road this season have come before half-time! 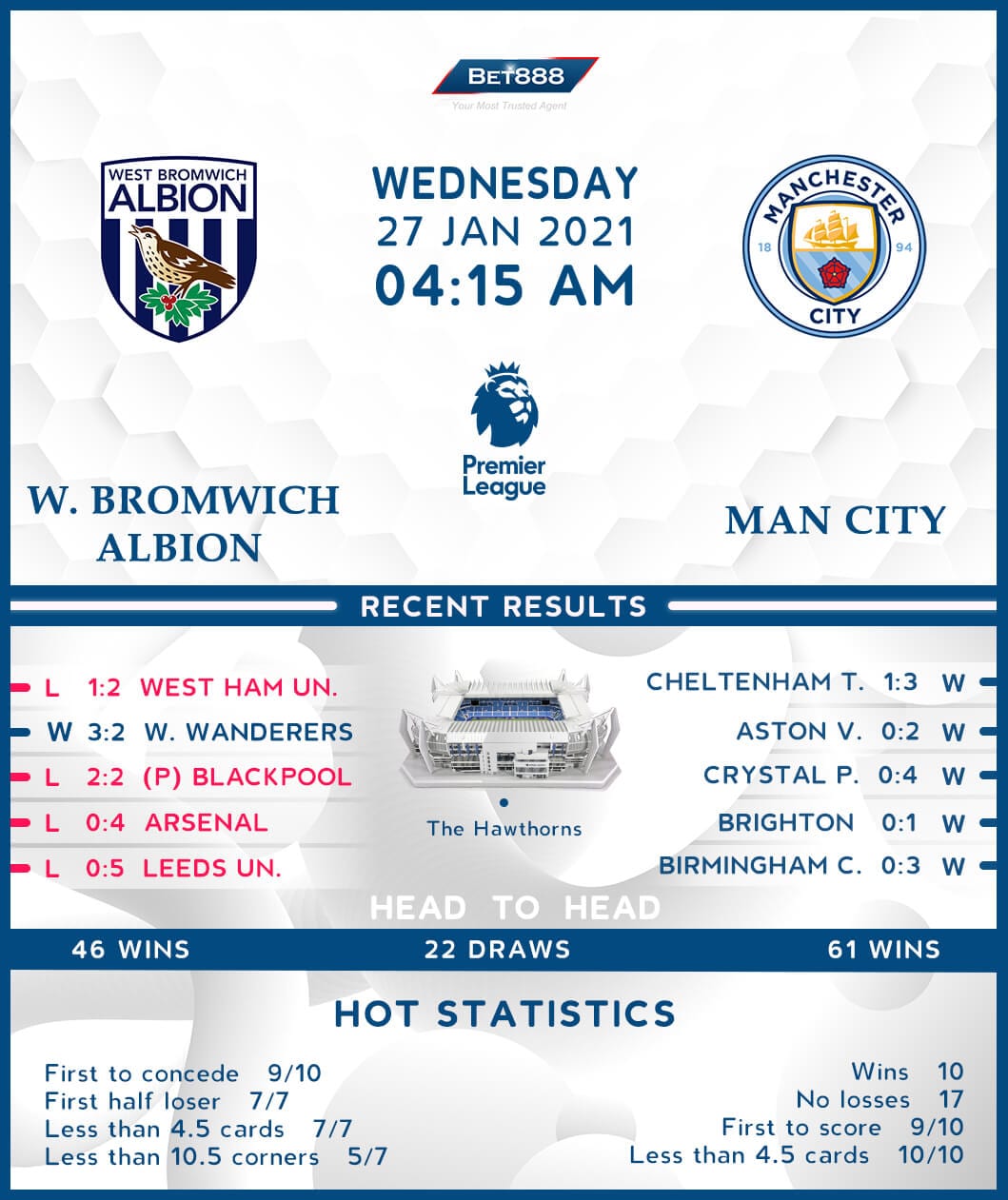