The Hawthorns is the venue as West Bromwich Albion and Arsenal go head-to-head in their first Premier League encounter since December 2017.

West Brom can’t find their footing this season, as evidenced by the fact that they have failed to win 15 of their opening 16 Premier League fixtures (D5, L10, including the last six (D2, L4). Indeed, the ‘Baggies’ have failed to impress both in attack and defense, returning a league-worst -24 goal difference from those 16 games (GF:11, GA:35)! As a result, the hosts enter this round dip in the relegation zone, five points adrift of 17th-placed Brighton. At home, Sam Allardyce’s men have conceded the opening goal within 15 minutes of play in their last three Premier League matches, ending up losing each by multiple-goal margins. But, WBA can take some confidence from the fact they’ve avoided defeat in each of their three previous top-flight meetings with Arsenal at this venue (W2, D1).

Meanwhile, there’s recently been a light at the end of the tunnel for Arsenal, as they’ve racked up back-to-back league victories to halt a dismal seven-game winless Premier League streak (D2, L5). Though the ‘Gunners’ have picked up just three triumphs in their first eight Premier League trips (D1, L4), two of them came against the current bottom-four. However, a lack of finalization has been tormenting Mikel Arteta’s men this season, given that they’ve netted under 1.5 goals in each of their last seven away Premier League matches, drawing a blank in the first half on five of those occasions. At the other end of the pitch, the Londoners have registered the vast majority (87.5%) of their top-flight goals conceded away from home in the first half of play (7/8). 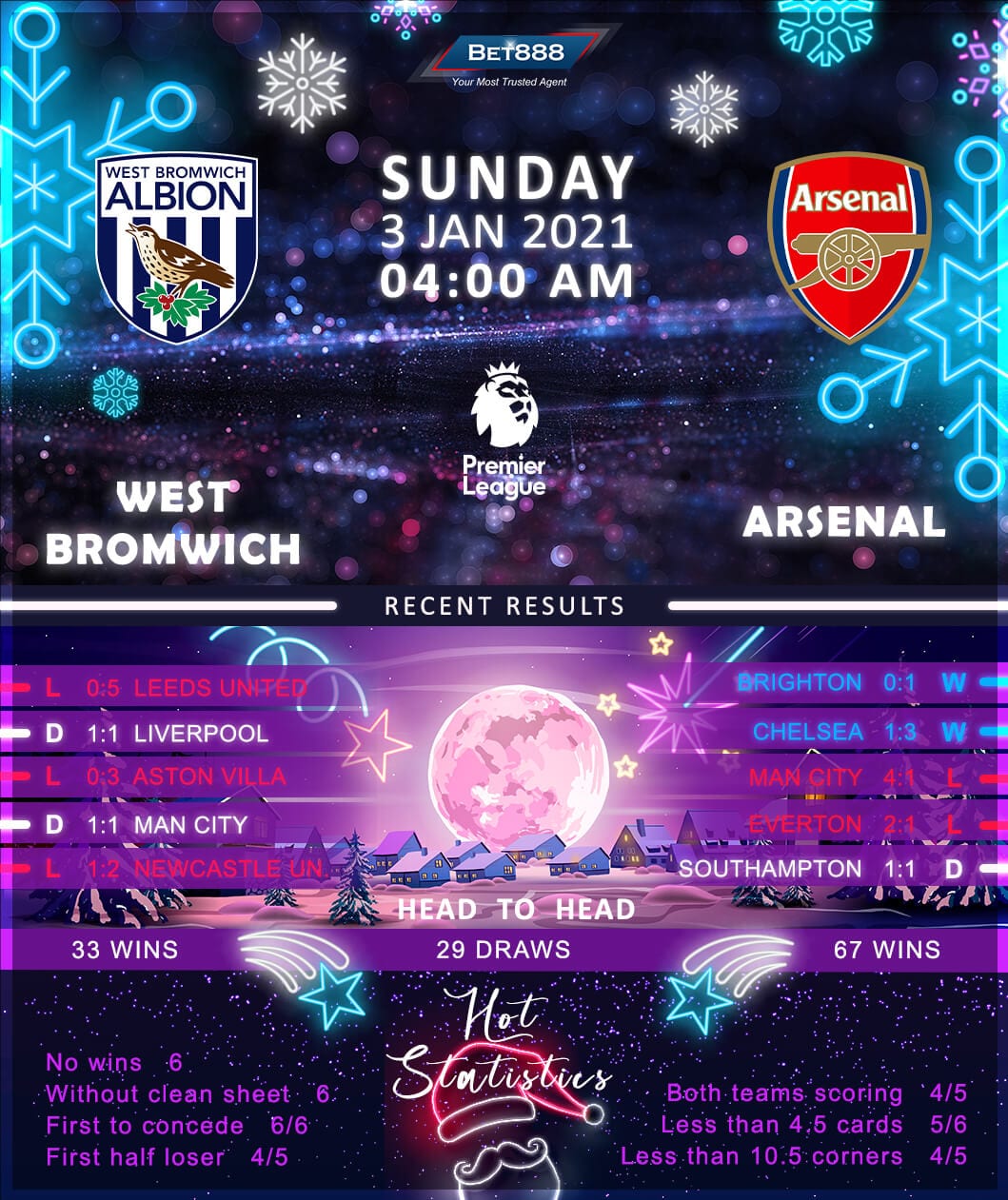